So, if we start with its general definition, it is about finding minimum inputs that will result in productive outputs. In different areas, these inputs and outputs change, but the core idea stays the same for many kinds of problems in various subject areas.

Maximizing and minimizing are the two keywords in optimization problems. Optimization has a fundamental role in determining some variables when there are certain limits on the resources: 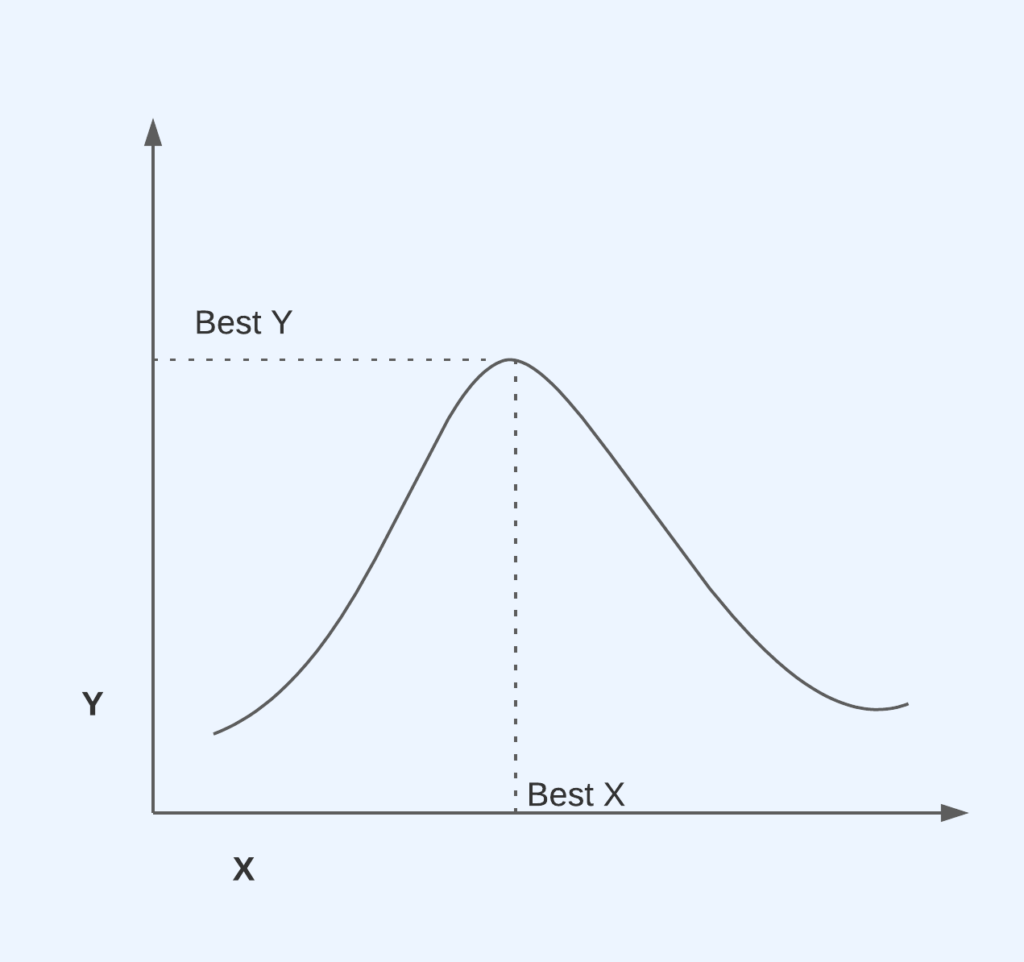 A graph is given where we need to choose X to get the largest Y in this simple problem. We can try different X values to find different Y values. Sooner or later, we may find the maximum Y value by choosing different X values. We can solve this type of problem in calculus by taking the derivative of the parabola function and finding X where it is equal to zero.

This seems straightforward, however, for more complicated problems, it will be difficult to immediately find the correct solution. Estimating and checking can take too long, or if we choose to take the derivative, it may be difficult to find the values. At that point, optimization algorithms help us to find the answers to these types of problems.

Optimization algorithms spur the area of program optimization. It achieves to make the system work more efficiently with fewer resources by changing some aspects of it in different layers of abstractions in the computing model.

As mentioned before, optimization can occur at several levels in computing. Let’s take a look at the different levels: 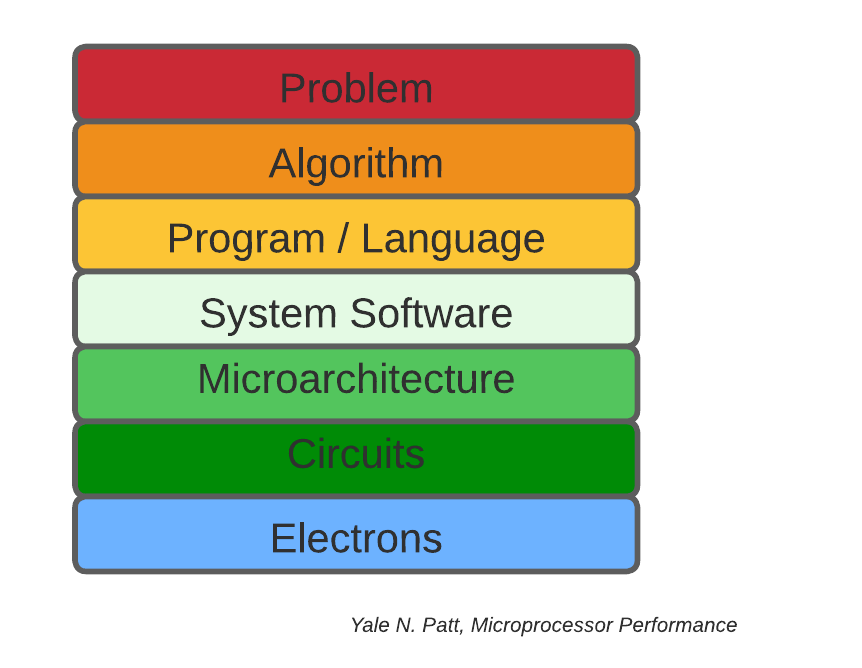 While higher levels generally have a lot more impact, it can be difficult to modify them later in a project, it requires major adjustments. On the other hand, the lower levels need more time and work for improvement. Therefore, optimization generally takes place from higher to lower.

To perform optimization, we must have a problem in the first place. When we design our solution to any problem, we need to be careful about available resources, constraints, and expected goals. We can also call this “design” level since we design the solution to the problem.

For example, let’s imagine that we’re trying to find the shortest path to develop a navigation application. We should minimize the distance, and should also consider the traffic congestion between the two points.

For instance, let’s get back to our example, to find the shortest path among different points: firstly, we’ll need to represent them by using one of the data structures so that we can develop some algorithms.

For example, after we implement our navigation program by using the graph data structure, we could utilize many different route-finding algorithms such Floyd-Warshall, Dijkstra. Memoization is also an important dynamic programming technique to optimize the code.

For algorithms, we look at time complexity and space complexity to find the optimum solution. We usually select algorithms that are constant, linear, or in some cases log-linear. Algorithms with quadratic complexity fail to scale.

Another significant optimization level is the source language or source code level. Source code-level choices can have a significant effect on performance. For example, while loops are slower than for loops for an unconditional loop. On early C compilers, for loops had an unconditional jump, however, while loops have a conditional jump which should be tested whether it is true or not. That’s why their performance is different from early compilers. In recent days, such optimizations can be performed by optimizing compilers which is another level of optimization.

We can go further in the stack and do some optimizations to run the programs faster by enabling assembly-level optimization. However, as we’ve mentioned, the closer to the hardware, the longer and harder it is to make changes. That’s why we have to consider the drawbacks and advantages of different scenarios.

These topics are constantly evolving and shaping future CPU designs aiming the optimum performance and reliability.

In general, when we aim to gain something, we have to give up something as well. When we try to optimize some things, this rule applies and we need to consider some other metrics that we have to sacrifice. For example, in computing, we generally optimize the execution time, power consumption, memory usage, and bandwidth. On the other hand, we’ll have to give up some other properties in the system. For example, we can have a bigger cache in our CPU, why don’t we, right? Because it increases memory consumption and brings more complexity.

Also, we can consider writing all the codes in assembly right because it’s so close to the machine code, and it’s faster than any programming language. However, it takes years to complete a project and it’s not the situation that we want. Therefore, what we gain is really crucial.

Specifically, in hardware design, there are different simulators that we can try out with new techniques to improve the performance and reliability of the current system. These simulators also give us some statistics like instruction per cycle, execution time, and power consumption. We can compare these metrics with the default design when we implement new techniques.

Bottlenecks can be vital in optimization processes. While some optimizations may not have a bottleneck, in some cases finding the bottleneck will speed up the process.

For instance, instead of writing the whole code in assembly language, we can figure out which part of the code is slow and suffers from the language that is written. This can be a bottleneck example, and we can turn this specific part of code into an assembly written part.

In this article, we’ve defined optimization generally and dive into optimization in computing. While it’s a generic topic, it has a crucial role in computing systems. We looked at how to optimize the system at different layers and gave some intuition about when we need it and how we find the part that should be optimized.