We’ll talk about the basic theoretical idea of both the approaches and present the core differences between them.

Greedy algorithms are mainly used for solving mathematical optimization problems. We either minimize or maximize the cost function corresponding to the given problem in optimization.

A greedy algorithm divides a given problem into some stages. The main idea is to get an optimal result at each stage using heuristics. We use the solution of each stage as an input for the next stage and find the globally optimal solution.

The heuristics at each stage would be to choose a locally optimal solution that will lead to a globally best fit solution.

A greedy algorithm doesn’t guarantee to produce an optimal solution all the time, but it can give us a globally approximate solution of a given problem in efficient time.

Suppose Jack plans a trip to a hill station and he wants the cheapest (with respect to money) and shortest (in time) way to reach the destination. Hence, he has to choose the best way to reach it. In order to do that, he draws a graph of all possible ways to reach the target destination.

As the diagram shows, there are various ways to reach the destination. Here Jack can use a greedy algorithm. The heuristic strategy of choosing the best path would be calculating the fare per time (per hour) for each route. Based on the result, he can decide the optimal solution as more than one feasible solution.

But we can’t say that the current solution is the best because he just decided on currently available data without considering any further aspects.

It may happen the path he chooses is the cheapest and the shortest, but it’s not compulsory the best path. Perhaps the path picked by him can be dangerous or not in good condition. So the optimality is not guaranteed by a greedy algorithm.

Let’s assume in our currency system; we have coins worth

. Our objective is to count a specific value,

, using the least possible coins. An optimal solution will pick

in order to match desired value. Hence, an optimal algorithm will pick

However, a greedy algorithm will first pick the coin with maximum value from the available coins. So it’ll pick

coins in order to count the given value

It’s used to design the solutions to the problems as quickly as possible. It may not produce the best solution, but it’ll give a near-optimal solution in a short time.

Heuristic algorithms are used to solve NP problems and decrease the time complexity of problems by giving quick solutions. It’s popularly utilized in artificial intelligence problems. One example is informed search, where additional information is available to determine the next step towards finding the solution. 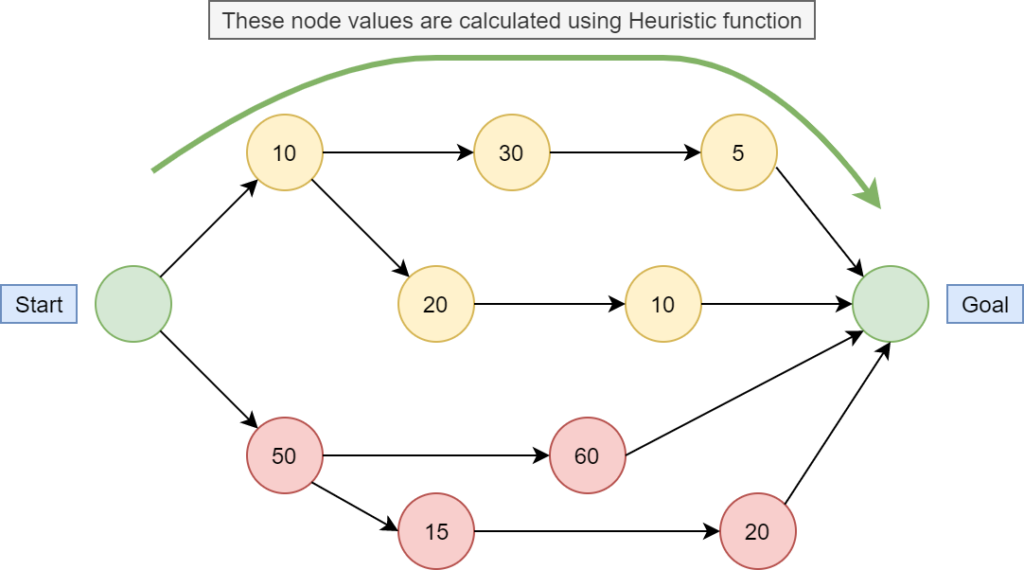 There are two types of heuristic functions: admissible, non-admissible. 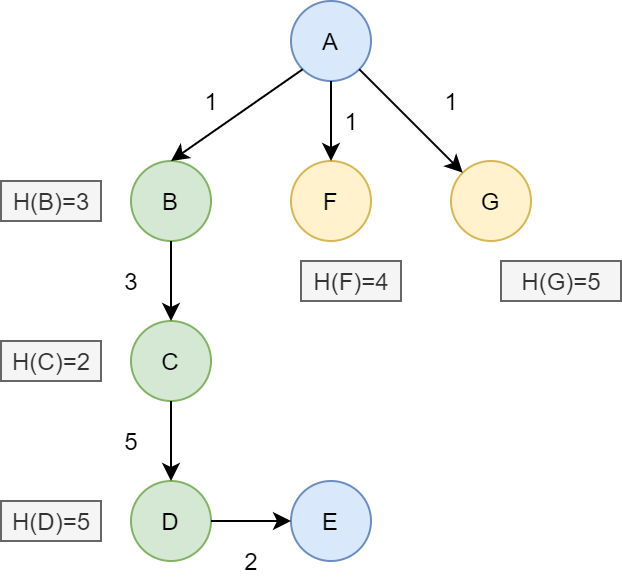 Here the actual cost from

Several problems use the heuristic method, such as the A* algorithm, Traveling Salesman problem, Simulated Annealing, and the Hill Climbing problem.

Whether to use a heuristic algorithm or not also depends on the optimality of the problem. Suppose if we want to determine to find only the optimal solution, a heuristic may fail to produce so.

6. Differences Between Greedy and Heuristic Algorithm

Let’s talk about the differences between greedy and heuristic algorithms:

In this tutorial, we discussed the general idea of greedy and heuristic algorithms. We also presented a table with the core differences between both approaches.