In this tutorial, we’ll discuss packet loss in computer networking.

We’ll explore the main reasons for the packet loss in the User Datagram Protocol (UDP).

Real-time applications mainly use UDP. However, a packet being lost without detection makes UDP an unreliable protocol. Packet loss is one of the major challenges in networking when using UDP. Additionally, as there’s no error control mechanism in UDP, it simply discards the packet as soon as an error is detected. Furthermore, transmitting a lot of data using UDP may cause congestion in a network.

On the other hand, UDP minimizes transmission delay. Additionally, it doesn’t require establishing a connection between the sender and the receiver. Furthermore, it offers broadcast and multicast transmission. UDP utilizes a small header. Hence, it takes less time to process the packets.

Now in order to investigate the core reasons for packet loss in any network communication, let’s start the discussion with the different layers in networking. Based on the OSI model, any networking device can communicate with each other via seven layers: Application Layer, Presentation Layer, Session Layer, Transport Layer, Network Layer, Datalink Layer, and Physical Layer. Each layer is responsible for carrying out specific functions: 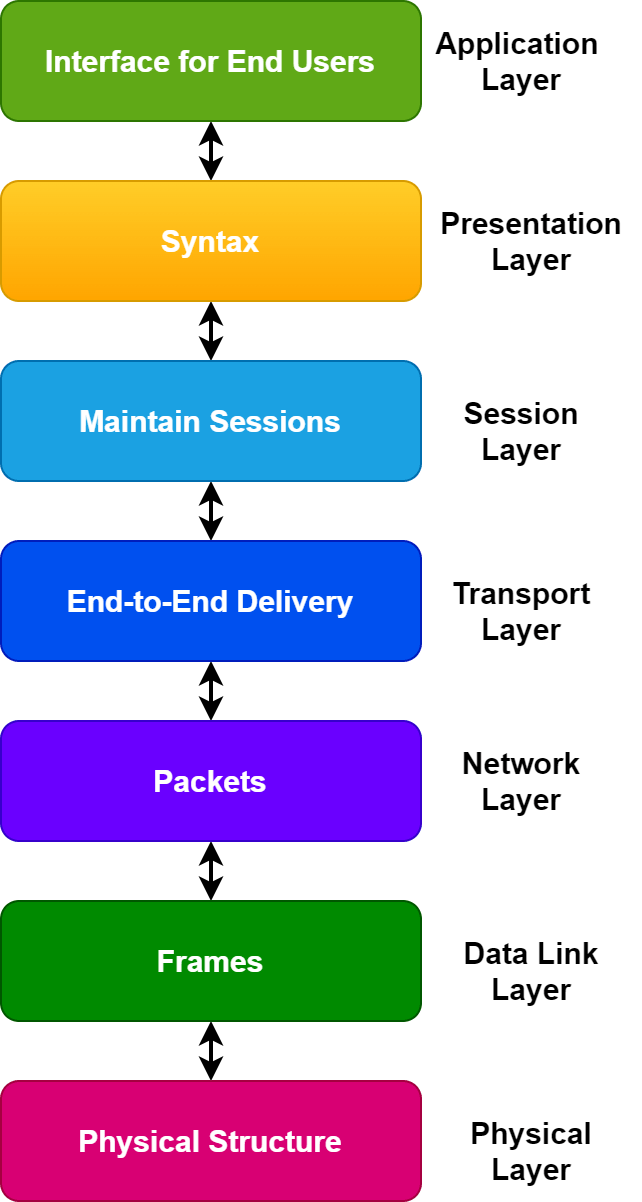 Out of 7 layers, data transmission is a part of the networking layer. Although, the transport layer is responsible for the complete delivery of the packets. In general, packet loss refers to data transmitted through a network but unable to reach its destination. Hence, several factors can cause packet loss, including massive connectivity from a source to a destination, software/hardware issues, and cyber attacks.

The transport layer in the OSI model supports connection-oriented as well as connection-less protocols for the delivery of the packets. It uses Transmission Control Protocol (TCP) for connection-oriented and User Datagram Protocol (UDP) for connection-less delivery service. TCP establishes a connection, breaks the packets into segments, and adds a sequence number with all the segments. Hence, if any segment gets lost while transmission, the receiver requests the sender to retransmit the specific segment.

The UDP doesn’t need to establish a connection before starting transmitting packets. Additionally, it doesn’t support any retransmission method. Furthermore, the structure of UDP packets doesn’t support numbering, making it impossible to determine the number of missing packets from the receiver end. Hence, UDP is unreliable, and the end-to-end delivery of the packets is not guaranteed.

Congestion in the network is the primary reason for packet loss in UDP, as every communication network has a flow limit. For example, network congestion is similar to a traffic jam on the road, where exceeding the maximum number of vehicles allowed on a given road may cause traffic to slow or stop during peak hours.

Congestion in a network can increase the time a packet takes to reach the destination. Hence, it can result in increasing the latency of the network. Additionally, the server waits a specific amount of time in order to receive packets. Due to high latency, we can face connection timeout if the packets don’t arrive in a specified time.

Furthermore, when network traffic reaches its higher connectivity threshold, the transmission of UDP packets is interrupted due to high latency. Since UDP applications are not built to retrieve or resend discarded packets, packet loss occurs.

Upgradation of hardware in networking is vital in order to maintain security and performance. Hardware, like routers, prevents unauthorized packets from entering a network by implementing various functions, including packet routing and traffic management. A firewall is another vital component in a network that filters out incoming and outgoing data.

However, outdated components can considerably weaken network transmission speed and cause packet loss. Unfortunately, some companies ignore the need to modernize hardware, leading to packet loss and connectivity outages. Hence, timely upgrade of the hardware and introduction of modern hardware components is essential in order to reduce packet loss and maintain security.

Additionally, software bugs or glitches in networking can cause transmission failure. UDP transmission might get disrupted due to behavioral malfunctions such as deadlock, reachability failure, lack of liveness actions, and mutual exclusion. The detection of software failure requires software engineers to apply different tests, verification, and validation, which is an expensive task.

Most companies implementing UDP applications don’t include the software’s test procedure, which may increase the likelihood of packet loss during UDP operation processing.

The variety of obstacles contributes to blocking signals. Thus, wireless connectivity may result in packet loss because the UDP protocol relies on continuous data streaming. However, packet loss in the wired medium is significantly less compared to the wireless medium.

Packet loss in a network might happen due to cyber-attacks and threats. Let’s talk about a popular cyber-attack: Distributed Denial of Service (DDoS) attack. It’s as simple as opening a terminal and executing a ping command to a specific IP address of a device. It can cause the system to shut down for a period of time.

Thus, all the information might get lost if the DDoS attack happens during packet transmission. Hence, as a result, users might not be able to access files, emails, or shared works. Packet loss can be challenging when a system is full of security threats.

The risk from the threats can be reduced by updating the software and hardware of the system at a regular interval.

Engineers sometimes bind equipment to implement some applications where the system’s overall performance may reach its limit without meeting the requirements of the applications. Thereby, these circumstances can conceive bottlenecks that result in prolonged operations, including UDP packet streaming.