In this tutorial, we’ll study and compare two types of conditional statements: the if-else and switch statements.

We use conditional statements to execute a specific set of instructions based on a condition. This condition is usually a Boolean expression that evaluates to true or false: 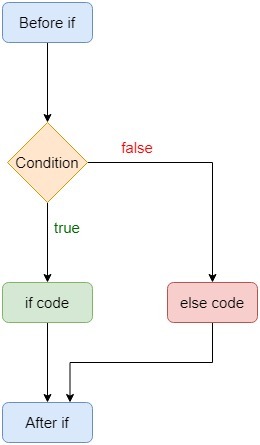 That is the case with the if-else statement. However, conditional logic may have more than two branches: 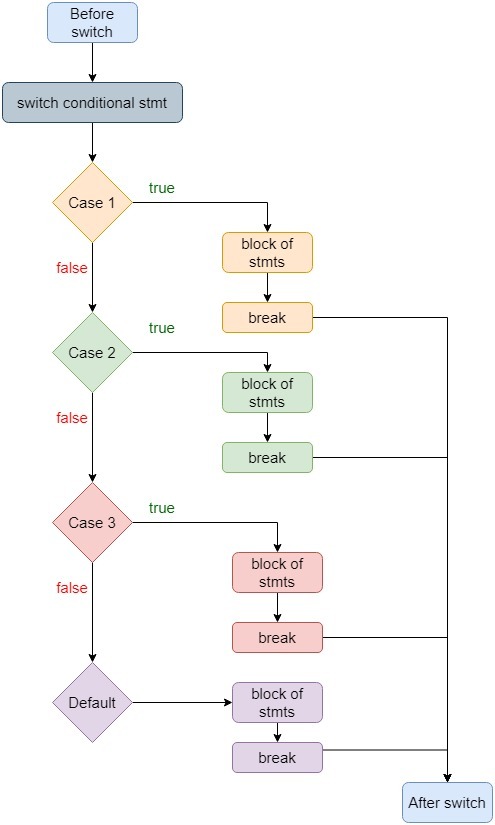 In that case, we use switch statements.

3. Differences Between If-Else and Switch

3.1. Readability of If-Else and Switch

A switch block is much more readable and maintainable than chained if-else statements. It’s easier to extend a switch case block than an if-else block because we have to evaluate all previous if-else conditions to correctly insert a new else block. In contrast, we can easily add and remove labels in the switch statement. So, switch statements make code significantly easier to change and maintain.

Multiple if-else branches are harder to read and understand, especially when they are nested and numerous. As a result, a chained if-else block is quite vulnerable to errors as we can easily miss an else statement. That can introduce bugs.

When it comes to code footprint, an if-else ladder can be written in less number of lines than a switch block. We don’t have to use break and default in case of an if-else block. However, we find that the if-else statement block is repetitive whereas the switch block is sequential.

For most modern programming languages such as C, C++, and Java, the switch conditional must know the values of each of its cases at compile time. This means that we can’t use variables as case values. We have to only use constant expressions for switch cases. However, there are few programming languages such as Swift that allow us to use variables and expressions in case statements.

On the other side of the coin, in an if-else block, the condition is evaluated when the code is executed, so it supports variables and expressions.

The switch statement suffers from the problem of a falling case in most programming languages. This problem occurs when programmers forget to add a break statement in any individual case block. As a result, the code will execute that case block and then move to the very next case block to execute it too. That continues till the code finds a break statement or executes all the cases.

Let’s consider the following C code snippet. It will print 123Unknown value instead of just printing 1:

However, in Swift, there is no fall-through on switch statements, so we don’t need breaks to localize the flow.

3.4. The Internal Implementation of Switch

Most compilers implement the switch construct as a jump table. A jump table is an abstract data structure that is used by modern days compilers to transfer the flow control to another location. The actual implementation of the jump table can differ based on the number of cases. When there are only a handful of cases, it can be in form of a dictionary or a map, whereas for a large number of cases, it’s usually a hash table.

The compiler matches the case with the switch expression and then executes it by making a jump in the table. Thus, our switch statement will be much more efficient than if-else when our case labels are close together. This is so because most of the jumps will be sequential in memory. To make a jump, we simply add a value to the base program counter that points to the table base.

We can better understand it with an example. This is a simple switch block:

For this switch statement, our compiler can generate the following crude function calls for each case:

Then, it will use a function pointer to make the proper call at run time:

This will have the time complexity of

is the number of distinct case blocks. The address of each of the functions is stored in the jump table and is accessed by an optimized hash function.

On the other hand, most of the compilers construct a binary tree for an if-else conditional block. For a typical if-else, block, the compiler converts it into a list of tokens and then creates an abstract syntax tree out of those tokens. This tree is later evaluated based on comparisons to select a particular branch.

So, this works by doing the inherently slow comparisons.

In practice, however, the difference between these two statements’ execution times may be negligible.

In this article, we talked about the if-else and switch statements.

In terms of speed, we prefer if-else when there are only a few values that occur most of the time, whereas we advocate for a switch if all the cases are equally likely.

When it comes to readability, the switch statements are usually more readable and concise.