The goal of object detection is to locate and identify the depicted objects in an image. It is one of the most important tasks in computer vision, with applications ranging from autonomous driving and security to retail and healthcare. Generally, the task of object detection involves two steps:

In the image below, we can see a possible output of an object detection system if the input is an image that depicts a road. We observe that the model has successfully localized six objects by drawing a rectangle around them and has correctly classified them in their respective classes (traffic light, truck, and car): 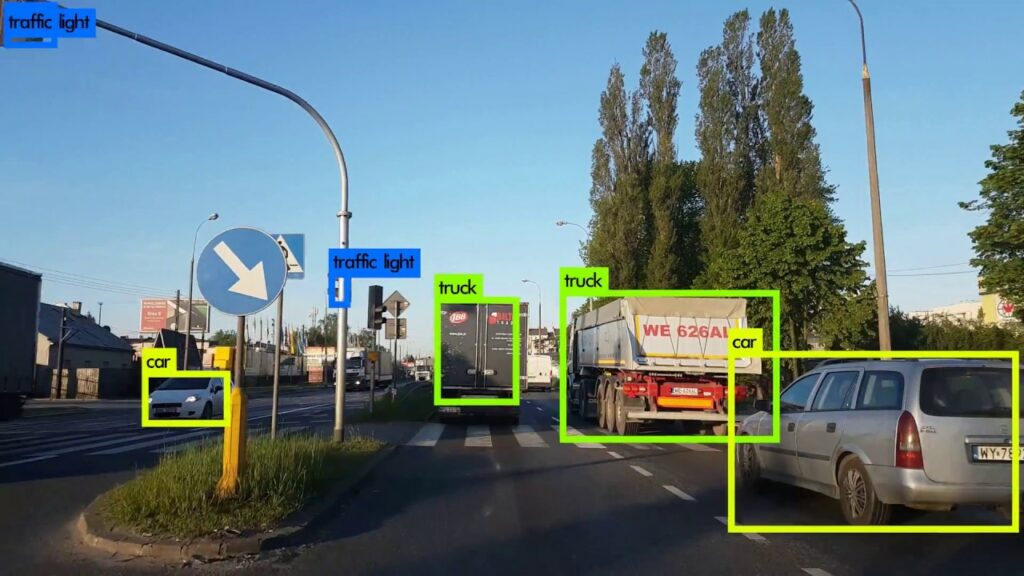 Over the past years, many deep learning models have been proposed for the task of object detection achieving exciting performance like R-CNN and YOLO. To evaluate their performance, we need to define a proper metric.

denotes their intersection and

denotes their union. In the diagram below, the definition of IoU is shown diagrammatically: We observe that the value of IoU lies between 0 and 1, where 0 means no overlap at all and 1 means perfect overlap between the predicted and the ground truth bounding box. To check if the detection is correct, we need to define a threshold that is able to account for small inaccuracies in the prediction that don’t affect the final output. Usually, the threshold is equal to 50%, and the detection is considered successful when

In the image below, we can see some examples of computing the IoU in two bounding boxes. The detection succeeds only in the last case: 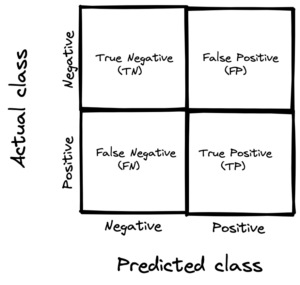 Also, we use the terms precision and recall to evaluate the performance of the classification:

Of course, we want a model to have high precision and high recall. To take into account both metrics, we use the Precision-Recall Curve, which is a plot of the precision (y-axis) and the recall (x-axis) for different probability thresholds.

We compute Average Precision (AP) by averaging the precision values on the precision-recall curve where the recall is in the range [0, 0.1, …, 1]:

Until now, we haven’t talked about the classification part of the detection. We want not only to compute the bounding box of each object but also to predict its class.

So, we compute the AP for each class individually and end up with

values of AP where

is the number of classes. Our final metric is mAP which is equal to the average of AP values for all classes:

is the value of AP for class