Usually, in computer programing, there are several stages of software program development. These stages are grouped as compile time and runtime. In this tutorial, we’ll try to explain the concept behind each of these terms and explore various aspects of it.

The following figure explains the stages involve during the software program coding. This is to provide context and how the stages are related. 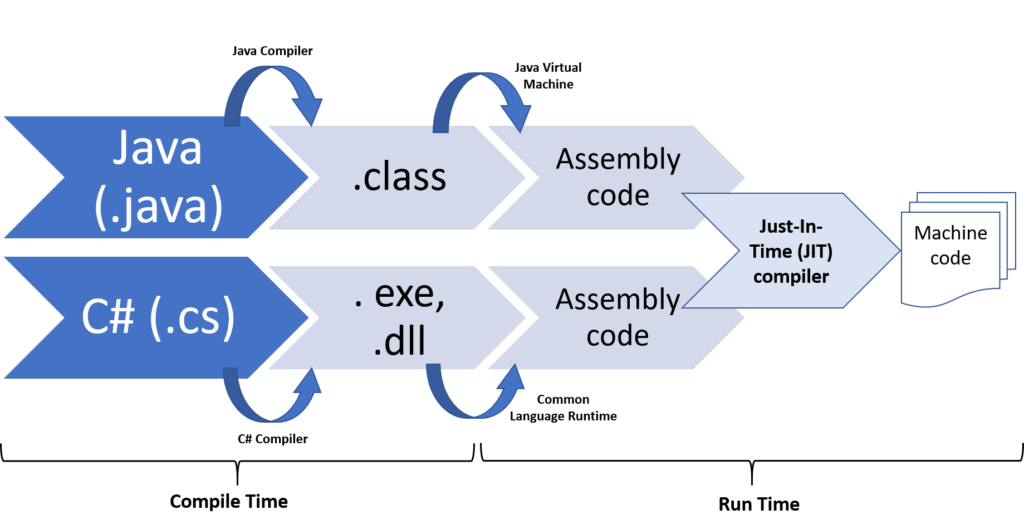 We use high-level programming languages such as Java to write a program.  The instructions or source code written using high-level language is required to get converted to machine code for a computer to understand. During compile time, the source code is translated to a byte code like from .java to .class.  During compile time the compiler check for the syntax, semantic, and type of the code.

Inputs and outputs during compile time are the following:

During compile time errors occur because of syntax and semantic. The syntax error occurs because of the wrong syntax of the written code. Semantic errors occur in reference to variable, function, type declarations and type checking.

A program’s life cycle is a runtime when the program is in execution. Following are the different types of runtime errors:

The following table shows a comparison between compile time and runtime.