In this tutorial, we’ll talk about the “Curse of Dimensionality” (CoD), a phenomenon frequently addressed in machine learning. First, we’ll explain this concept with a simple argument. Then we’ll discuss how to overcome the CoD.

2. What Is the Curse of Dimensionality?

The CoD refers to a set of phenomena that occur when analyzing data in a high-dimensional space. The term was introduced in 1957 by the mathematician Richard E. Bellman to describe the increased volume observed when adding extra dimensions to Euclidean space.

Such difficulties in training models with high dimensional data are referred to as the “Curse of Dimensionality”. 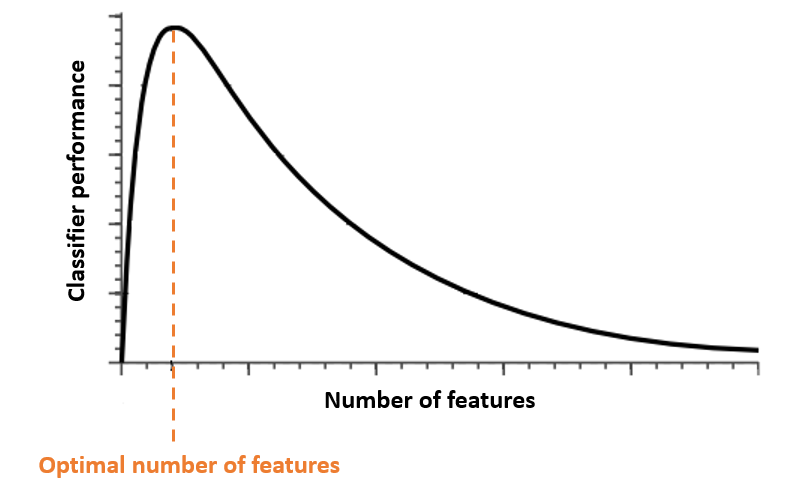 4. How to Overcome the CoD?

Dimensionality reduction techniques are effective solutions to the CoD. These techniques can be divided into two categories: feature selection and feature extraction.

Principal Component Analysis (PCA) is the most popular dimensionality reduction technique. It finds the linear transformations for which the mean squared error computed over a set of instances is minimal. The column vectors of the matrix representing this linear transformation are called principal components. Original data are projected along with the principal components with the highest variance. Hence, the data are transformed to a lower dimensionality that captures most of the information of the original dataset.

Linear Discriminant Analysis (LDA) finds the linear transformation that minimizes the inter-class variability and maximizes the separation between the classes. Unlike the PCA, the LDA requires labeled data.

In this article, we reviewed the problems related to the “Curse of Dimensionality” in machine learning. Finally, we illustrated the techniques to solve them.