In computer science, there is a large number of optimization problems which has a finite but extensive number of feasible solutions. Among these, some problems like finding the shortest path in a graph or Minimum Spanning Tree can be solved in polynomial time.

Branch and bound (B&B) is an algorithm paradigm widely used for solving such problems.

In this tutorial, we’ll discuss the branch and bound method in detail. 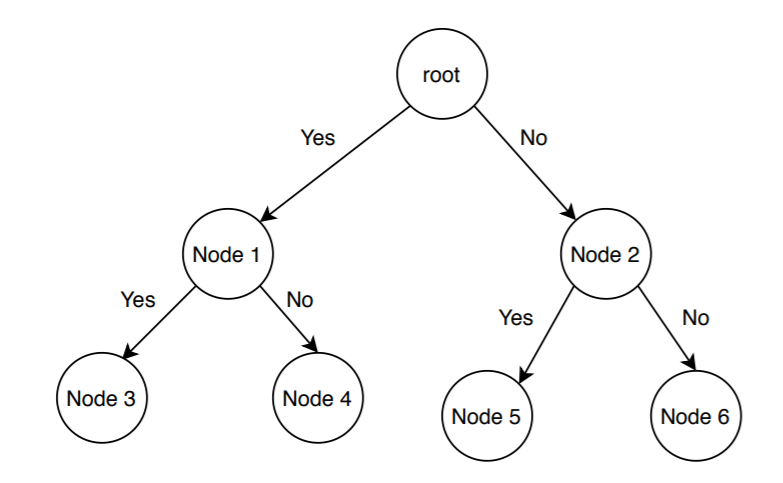 Now it is crucial to find a good upper and lower bound in such cases. We can find an upper bound by using any local optimization method or by picking any point in the search space. On the other hand, we can obtain a lower bound from convex relaxation or duality.

3. When Branch and Bound Is a Good Choice?

In this section, we’ll discuss how the job assignment problem can be solved using a branch and bound algorithm.

workers in our example:

We can assign any of the available jobs to any worker with the condition that if a job is assigned to a worker, the other workers can’t take that particular job. We should also notice that each job has some cost associated with it, and it differs from one worker to another.

Here the main aim is to complete all the jobs by assigning one job to each worker in such a way that the sum of the cost of all the jobs should be minimized.

Now let’s discuss how to solve the job assignment problem using a branch and bound algorithm.

is the input cost matrix that contains information like the number of available jobs, a list of available workers, and the associated cost for each job. The function

calculates the minimum cost of the active node at each level of the tree. After finding the node with minimum cost, we remove the node from the list of active nodes and return it.

function in the pseudocode, which calculates the cost of a particular node and adds it to the list of active nodes. 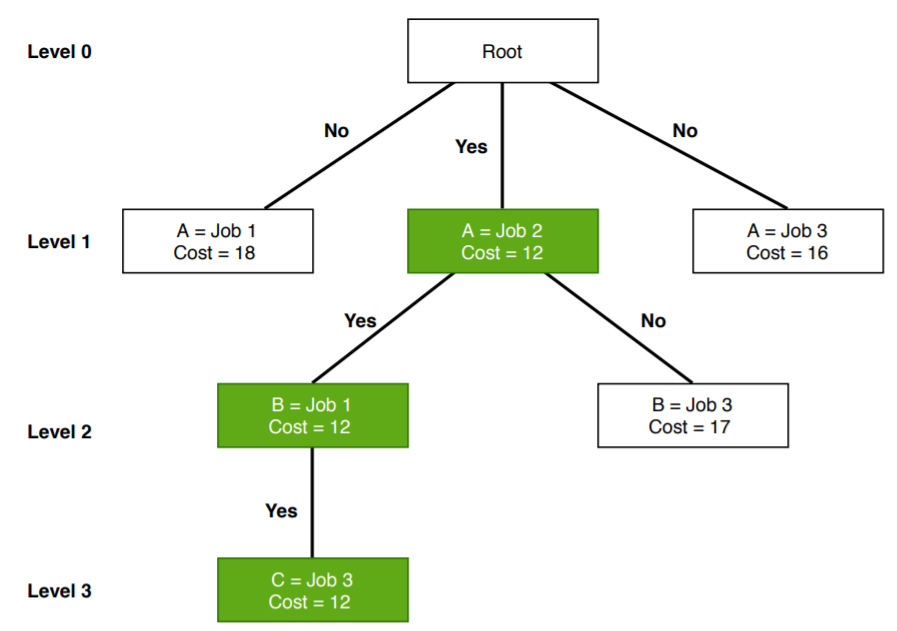 has the option to take any of the available jobs. So at level

, we assigned all the available jobs to the worker

and calculated the cost. We can see that when we assigned jobs

, it gives the lowest cost in level

of the search space tree. So we assign the job

and continue the algorithm. “Yes” indicates that this is currently optimal cost.

After assigning the job

Either we can assign the job

. Again we check the cost and assign job

as it is the lowest in level

Finally, we assign the job

, and the optimal cost is

If the problem is not large and if we can do the branching in a reasonable amount of time, it finds an optimal solution for a given problem.

The branch and bound algorithm find a minimal path to reach the optimal solution for a given problem. It doesn’t repeat nodes while exploring the tree.

The branch and bound algorithm are time-consuming. Depending on the size of the given problem, the number of nodes in the tree can be too large in the worst case.

Also, parallelization is extremely difficult in the branch and bound algorithm.

One of the most popular algorithms used in the optimization problem is the branch and bound algorithm. We’ve discussed it thoroughly in this tutorial.

Finally, we mentioned some advantages and disadvantages of the branch and bound algorithm.