In this tutorial, let's explore two methods to extract data from Apache JMeter and write it into an external file.

2. Setting up a Basic JMeter Script 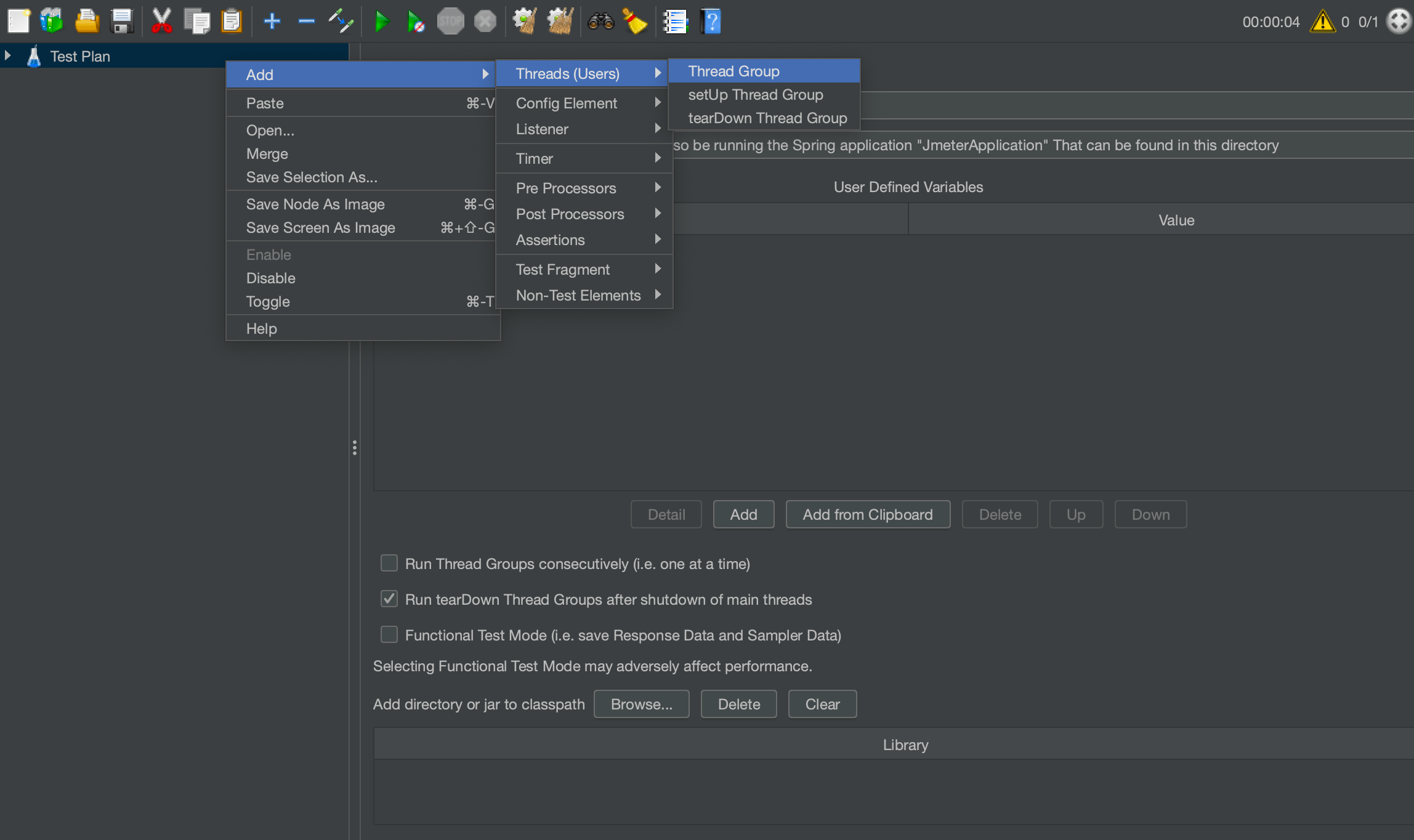 Within this Thread Group, let's now create an HTTP Sampler: 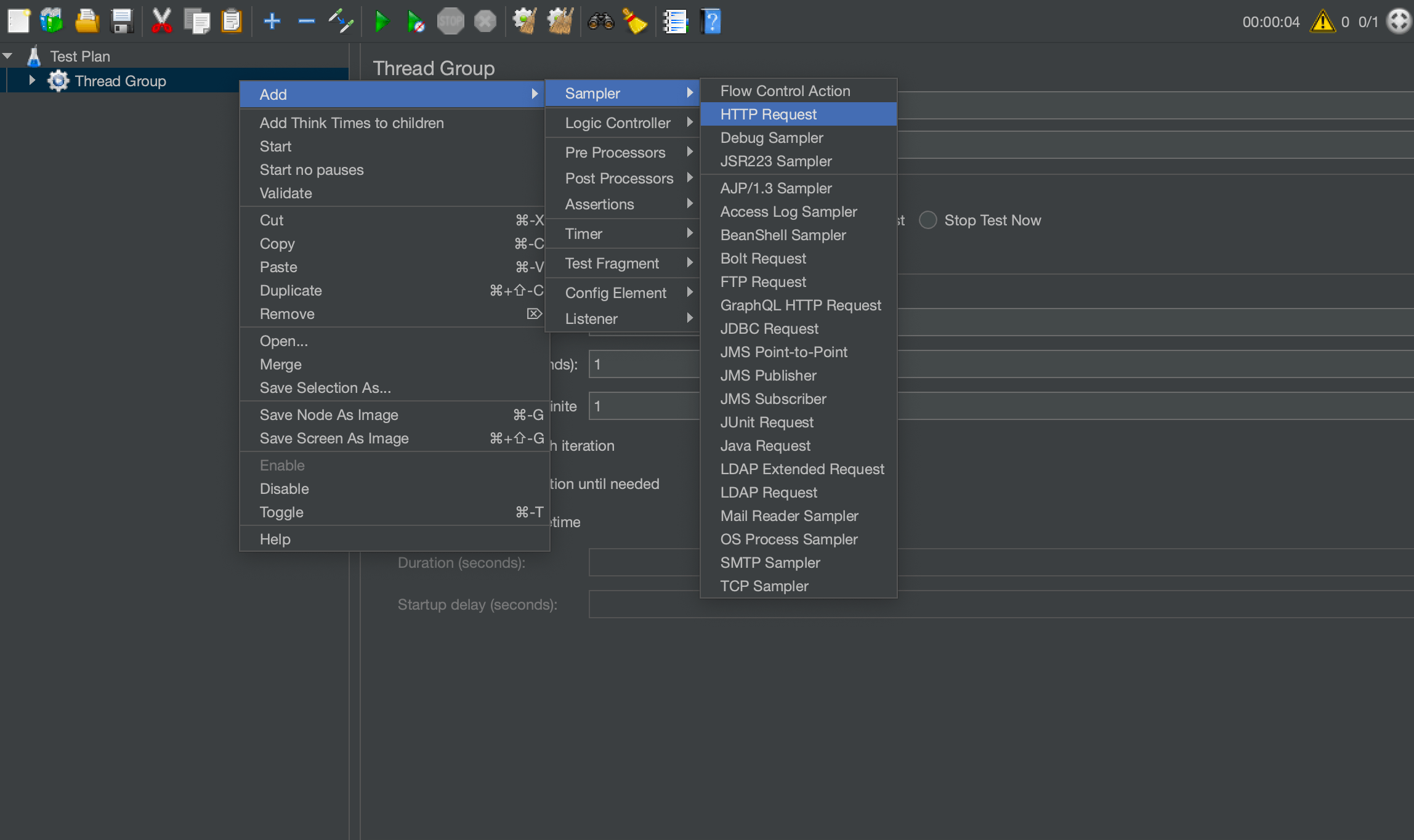 Let's set up our HTTP Sampler to call an API running on localhost. We can start by defining the API with a simple REST controller:

In addition, let's also define the Response instance that is returned by our controller as referenced above:

Let's now use this to test our JMeter script. By default, this will run on port 8080. If we're unable to use port 8080, then we'll need to update the Port Number field in the HTTP Sampler accordingly.

Next, let's use a listener of type Save Responses to a file to extract the data we want to a file:

Using this listener is convenient but doesn't allow much flexibility in what we can extract to a file. For our case, this will produce a JSON file that is saved to the location where JMeter is currently running (though the path can be configured in the Filename Prefix field).

Another way we can extract data to a file is by creating a BeanShell PostProcessor. BeanShell is a very flexible scripting processor that allows us to write our script using Java code as well as make use of some built-in variables provided by JMeter.

BeanShell can be used for a variety of different use cases. In this case, let's create a BeanShell post-processor and add a script to help us extract some data to a file: 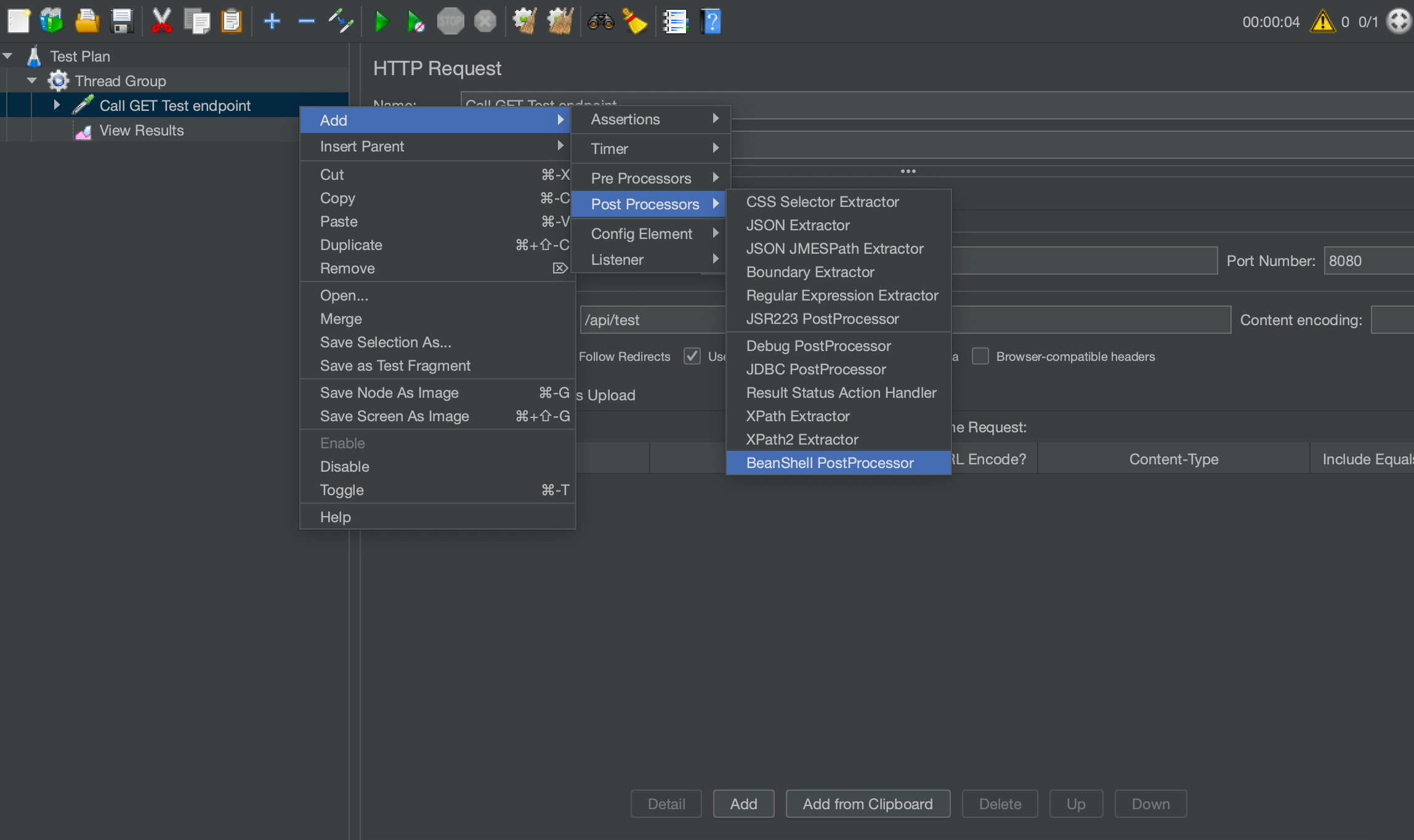 Let's now add the following script to the Script section:

We now have a simple script that will output the string data to a file called result. One important point to note here is the 2nd parameter of the FileWriter constructor. This must be set to true so that our BeanShell will append to the file instead of overwriting it. This is very important when using multiple threads in JMeter.

Next, we want to extract something more meaningful to our use case. Let's make use of the ctx variable that is provided by JMeter. This will allow us to access the context held by our single thread that is running the HTTP request.

From ctx, let's get the response code, response headers, and response body and extract these to our file:

If we want to gather specific field data and write it to our file, we can make use of the vars variable. It is a map we can use in PostProcessors to store and retrieve string data.

For this more complex example, let's create another PostProcessor before our file extractor. This will do a search through the JSON response from the HTTP request:

This extractor will create a variable called message. All that is left to do is to reference this variable in our file extractor to output it to our file:

Note: We can use this approach in conjunction with other post-processors such as “Regular Expression Extractor” to gather information in a more bespoke manner.

In this tutorial, we covered how to extract data from JMeter to an external file using a BeanShell post-processor and a write listener. The JMeter Script and Spring REST application we used can be found over on GitHub.

Get the Quick Guide and
Take Advantage of JUnit 5
Download the E-book
Comments are closed on this article!
November Discount Launch 2022 – Banner 1