In this article, we're going to use Apache JMeter to configure and run performance tests.

Let's download JMeter, unzip it, go to the bin folder and run the executable (*.bat for Windows and *.sh for Linux/Unix).

Next, we just need to add this folder to the path environment variable so that it's accessible from the command line.

The most stable version at the time of writing is the 3.3 – we can check the newest version here.

Now let's write our first JMeter script (a file containing a technical description of our tests).

This API is a simple SpringBoot application exposing a REST API.

Let's update the Test plan one and change its name first, then add a Thread Group.

A Thread Group allows us to know the user flow and simulates how they interact with the app, right click on our script name on the GUI and follow the selected menu: 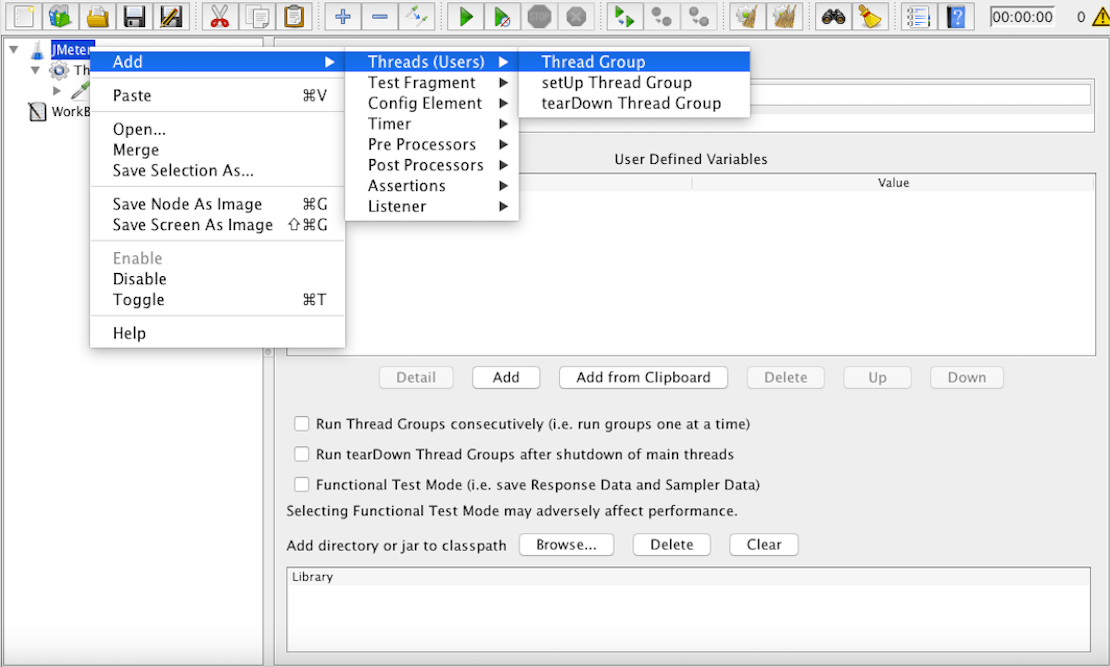 Now we head to the configuration part of the Thread Group, where we specify the number of users making requests to our application in parallel: 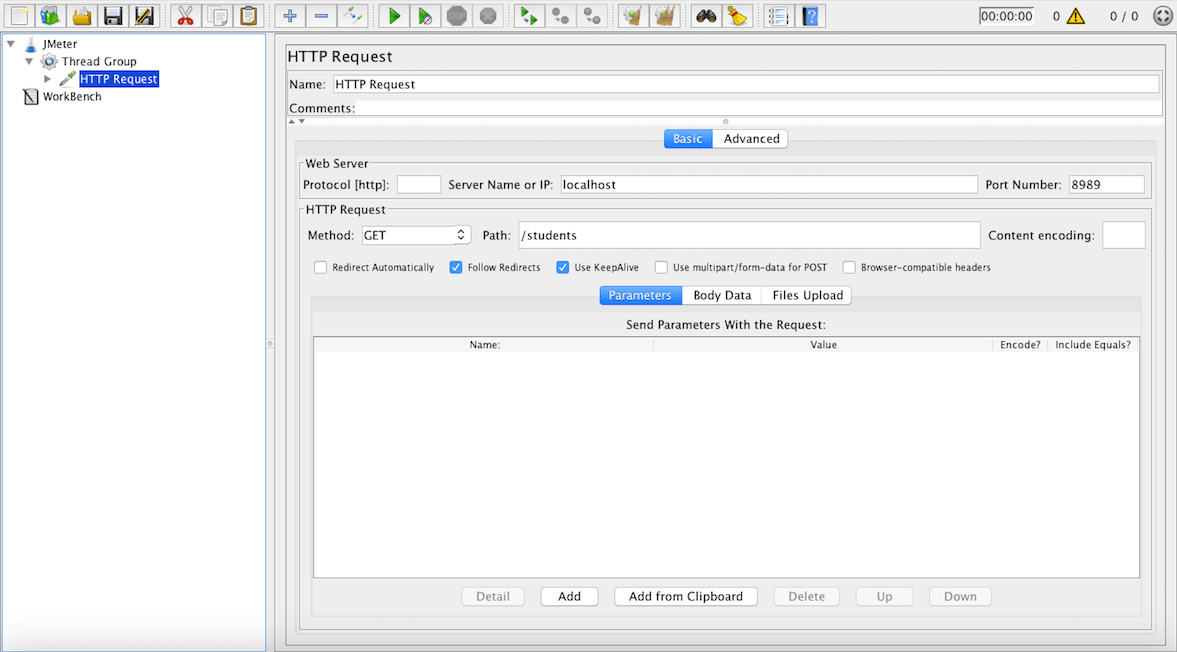 – Name: the name we want to give to the thread group

– Ramp-up time: time needed for going from 0 to the declared number of users

Add an HTTP Request as it's the one we'll simulating as coming from each of 5 users.

Let's fill the info to address our API described up there like in the image below: 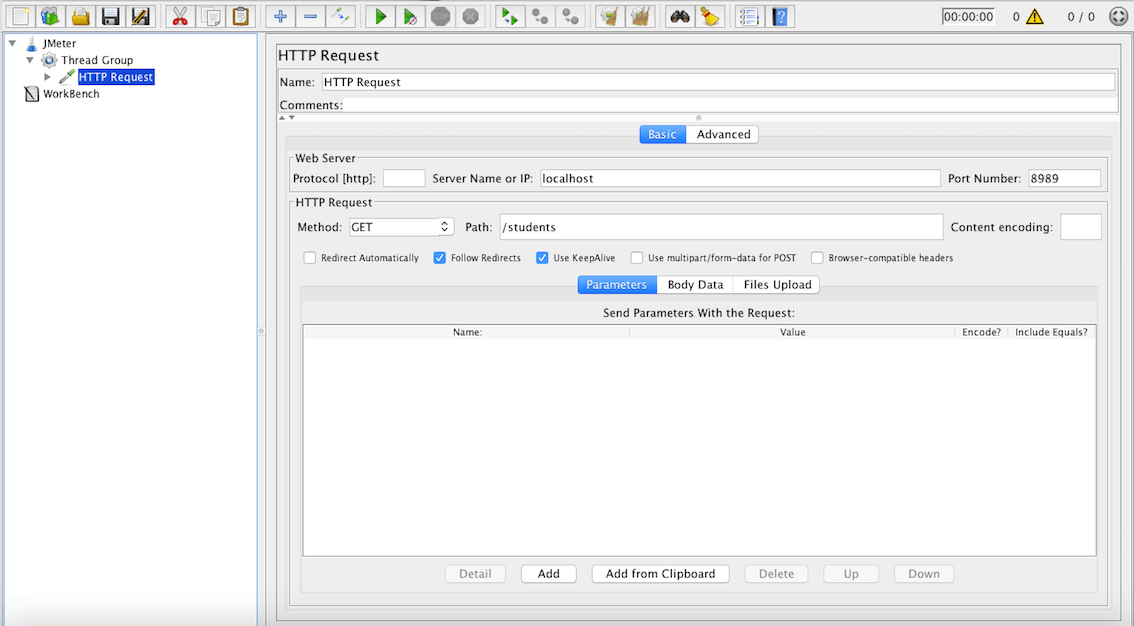 We just fill the website address, the port, and the specific path.

Next, let's simulate users' requests after adding a View Results Tree (Use View Results in Table if the results is a list of records) by following the menu “Add > Listener”.

Hit the green arrow right button on the top to run the test and see the response data: 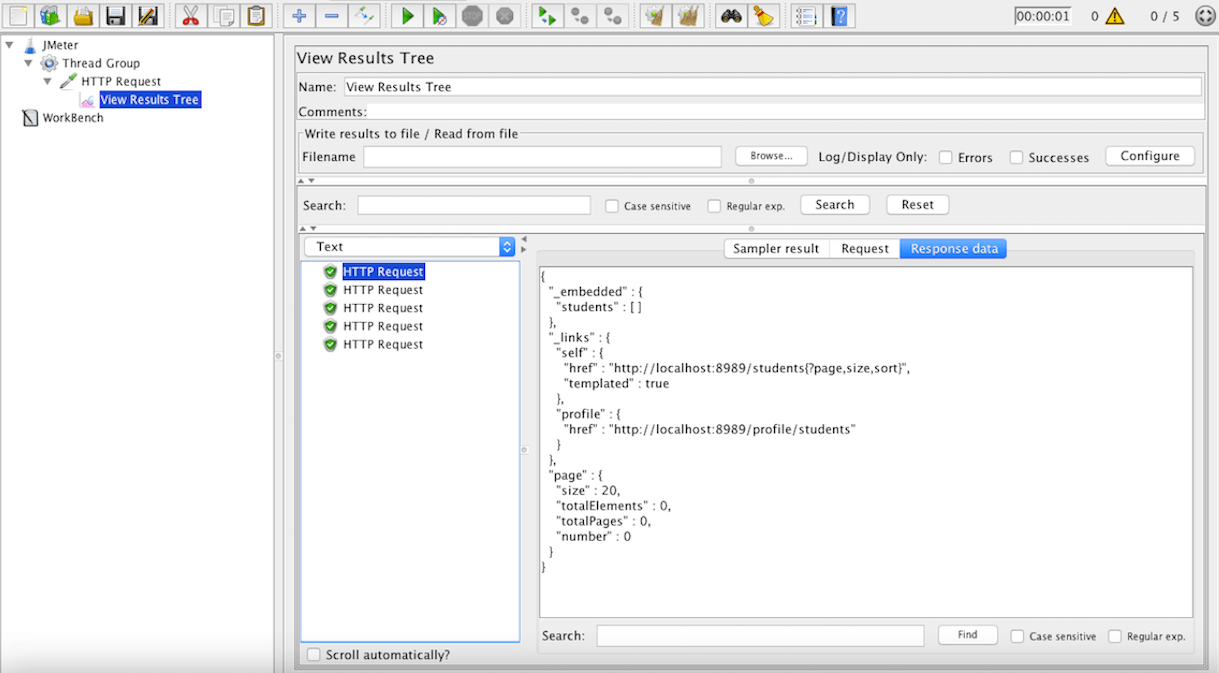 We can see a more detailed representation of the response on the Sampler result tab.

Let's end by adding a Duration Assertion in the HTTP Request, so every request that lasts longer than ten milliseconds will be considered as a failed test: 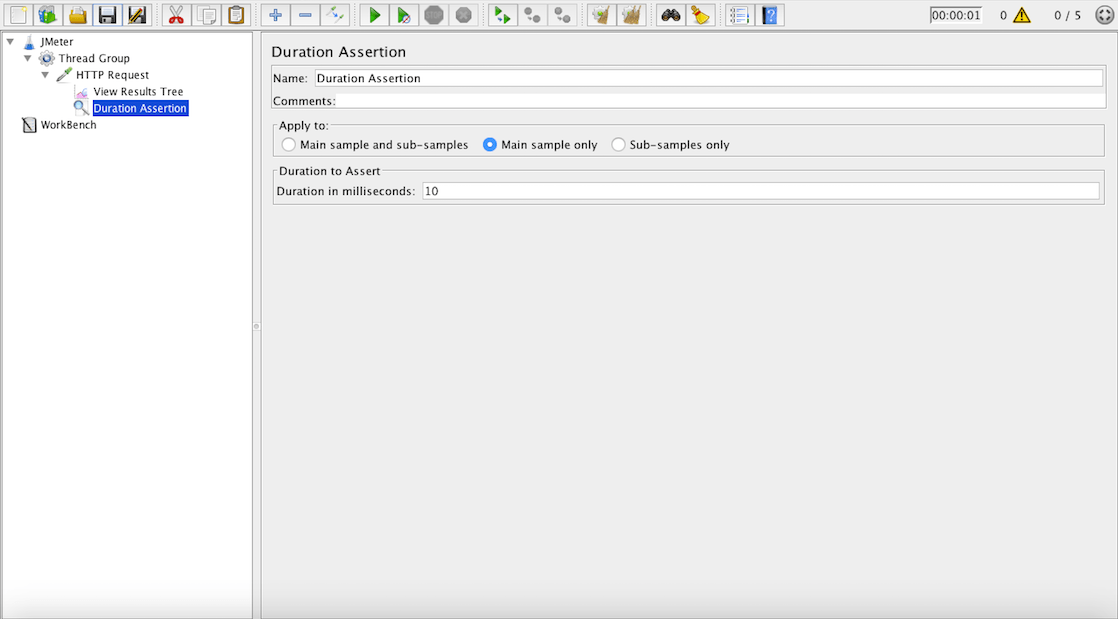 After rerunning the test, we see that there are some (here it's 3) users that cannot get the lists of students in less than ten milliseconds: 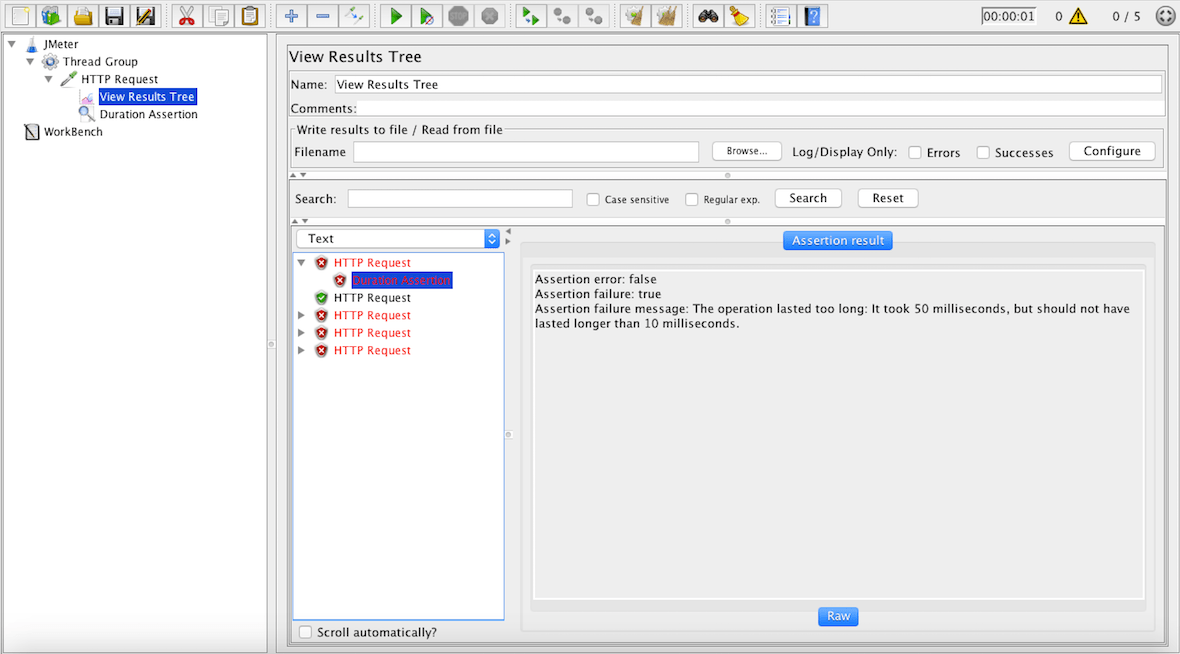 Now, let's save the test with the extension .jmx in the resource folder of the API.

More elements are available to configure our test file:

All available components are detailed in the user manual.

There're two ways to run JMeter tests, one of them consists of using the available Maven plugin and the other one the standalone JMeter app in the non-GUI mode.

In any case, both need to know where to reach the JMeter script we configured earlier.

JMeter Maven Plugin is a Maven plugin that brings the facility to run JMeter tests as part of our build; his last version right now is 2.6.0 who is compatible with Apache JMeter 3.3.

Let's add it to the pom.xml of our project:

After this, we can run all our tests with mvn verify or just the JMeter ones with mvn jmeter:jmeter; here is the console output of the command:

The other way to do it's via the JMeter executable, assuming that it's available via the command line we can do this:

We set XML as the output format, which fills the exact test file and the result one.

Note: it's recommended to not use GUI mode for load testing, only for test creation and test debugging.

In this quick tutorial, we've set up Apache JMeter on a SpringBoot app to run performance tests with a Maven plugin while looking practically how to design a basic performance test.

Get the Quick Guide and
Take Advantage of JUnit 5
Download the E-book
2 Comments
Oldest
Newest
Inline Feedbacks
View all comments
Comments are closed on this article!
November Discount Launch 2022 – Banner 1