Finally, we’ll present the pseudocode to check if a given number is a Fibonacci number or not.

The Fibonacci series can be defined as the sequence of numbers:

. The Fibonacci series was initially elaborated and used in Indian mathematics by Pingala. However, it was illustrated to the world by Leonardo Pisano Bogollo, later known as Fibonacci.

Additionally, the Fibonacci series follows an interesting property. The property is we can find the next element in the series by adding two elements that appear before it: 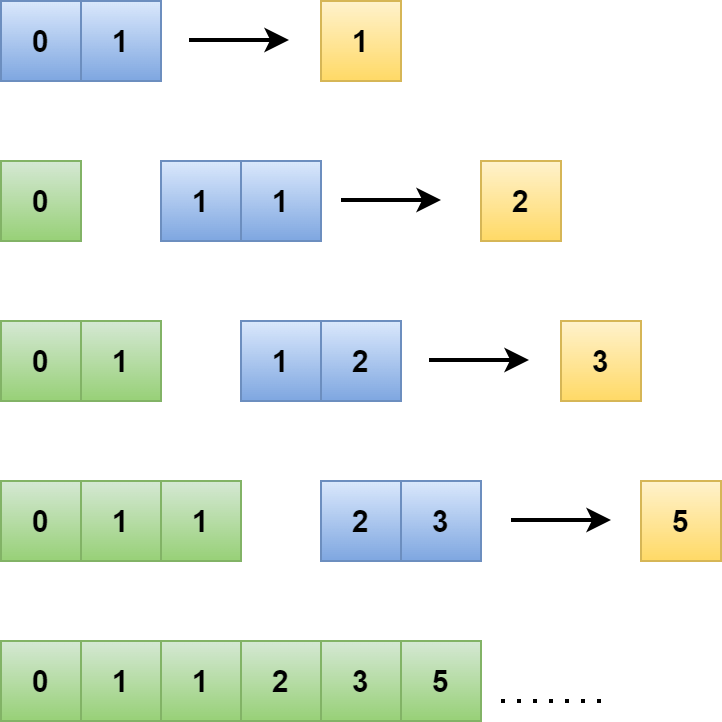 , which are given in advance. Moreover, the series proceeds further by adding two previous adjacent elements. Hence, the element at the position

in the series can be calculated as:

element in the series is:

is the conjugate of

. Therefore, we can express

Therefore, we can simplify Binet’s formula:

can be expressed as:

Hence, the final equation is:

Hence, as we can see using Binet’s formula, we can generate the elements of the Fibonacci series.

4. Approach for Checking a Fibonacci Number

As of now, we know how to generate the elements in the Fibonacci series. Now let’s discuss how to check whether a given number is a Fibonacci number or not. First, let’s look at the flowchart: 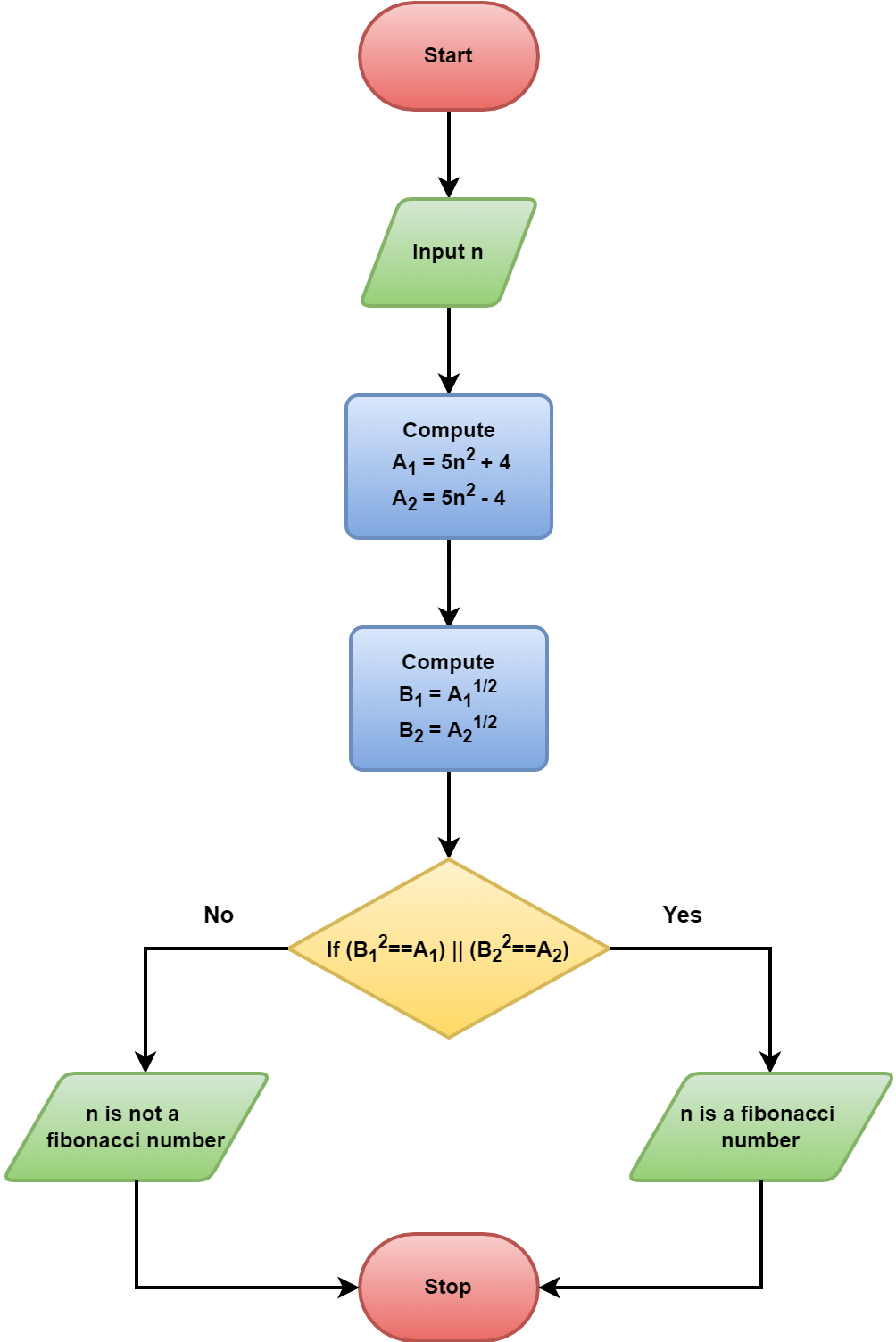 Initially, we input a number

to start the checking process. In the next step, we compute two variables

is a perfect square if

Therefore, in order to check if

is a perfect square or not, we compute

. Finally, the given number

is a Fibonacci number, if at least one of

is a perfect square.

Now let’s take a look at the pseudocode:

Initially, we take a given number

as an input, and the pseudocode returns whether the number is a Fibonacci or not. Let’s analyze the time complexity of the pseudocode. In this pseudocode, we can only input a single number. Hence, both time and space complexity are

. Moreover, if we want to input an array and the total number of elements in the array is

, the time complexity would be

Let’s verify the pseudocode with some examples. Let’s take

as input and run the pseudocode:

In this example as we can see

. Both 249 and 241 are not perfect squares. Therefore, the given input

is not a Fibonacci number.

Finally, we presented pseudocode for testing a given number is a Fibonacci number or not. We validated the pseudocode with examples.