In this tutorial, we’ll explain what an induced subgraph is. We’ll also show how to construct it, how to check if a (sub)graph is induced, and how to find the induced graph isomorphism.

Let’s say we have a graph

is the set of nodes, and

denotes the edges between them. A subgraph of

For example, all these graphs:

Can be listed as subgraphs of: 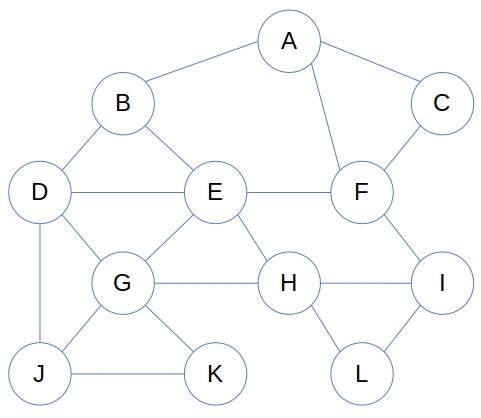 An induced subgraph is a special case of a subgraph. If

is a subset of

‘s nodes, then the subgraph of

is the graph that has

as its set of vertices and contains all the edges of

that have both endpoints in

. This definition covers both directed and undirected graphs. Also, it covers the weighted just as the unweighted ones.

, the induced subgraph is unique. There’s only one subgraph induced by

in the above graph: 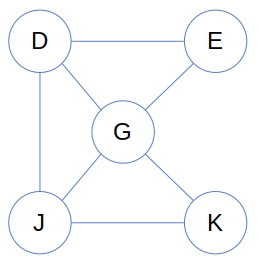 , whereas an ordinary subgraph may miss some.

So, an induced subgraph keeps both adjacency and non-adjacency of the inducing vertices, in contrast to an ordinary subgraph that preserves only non-adjacency.

Here, the input consists of the graph

and the inducing set

. Our goal is to construct the induced subgraph

. We’ll do so by iterating over the edges in

and keeping only those whose both endpoints are in

The time complexity depends on how we represent the graphs. Using linked lists, we traverse each edge incident to a node in

twice, so the time complexity is

. On the other hand, if we use matrices, we traverse the whole row of

entries for each of the

inducing nodes. Therefore, the complexity will be

4.2. How to Check if a Subgraph Is Induced

In this problem, we have a graph

is an induced subgraph of

. To do so, we iterate over the edges incident to

. If we find an edge that isn’t in

, we can conclude that

isn’t an induced subgraph because it doesn’t preserve adjacency. Otherwise, we conclude that

As before, the complexity depends on the way we represent the graphs.

We don’t need to check if

contains an edge not in

. That’s because of the way we defined the input. Since we know that

is a subgraph of

can’t contain an edge that’s not in

4.3. How to Check if a Graph Is an Induced Subgraph

However, if we get

as a graph of some nodes in

, we’ll have to check both that

is a subgraph and that it is induced.

to an induced subgraph of another,

at the input and find an ISI mapping from the former to the latter.

Unlike in the previous two problems,

don’t use the same labels for their nodes. So, we have to find a mapping that translates

to an induced subgraph of

Formally, we say that

is an ISI if and only if it satisfies:

The first condition states that

is an injective function. The second is that an ISI preserves adjacency, and the third is that it also keeps non-adjacency.

This problem is NP-hard, which means that no polynomial-time algorithm for solving it is known to date. We can treat it as a constraint-satisfaction problem (CSP) and solve it like we solve other CSPs. The Equation (1) lists all the constraints we need to define the CSP and feed it to the universal solver. Each

will correspond to a CSP variable, and each variable will have the whole set

In this article, we talked about induced and ordinary subgraphs. We also presented a few common problems related to the former subgraphs. Those are the induced subgraph construction, verification, and isomorphism.