In this article, we’ll discuss two common concepts in graph theory: Hamiltonian and Euler paths. We’ll start by presenting the general definition of both concepts and by showing some examples. We’ll also list some important properties of each concept.

Finally, we’ll present a high-level difference between the two concepts.

Both Hamiltonian and Euler paths are used in graph theory for finding a path between two vertices. Let’s see how they differ.

So, if a path covers all the vertices of a given graph without repeating any vertex, then it’s a Hamiltonian path.

An Euler path is a walk where we must visit each edge only once, but we can revisit vertices. An Euler path can be found in a directed as well as in an undirected graph.

Let’s discuss the definition of a walk to complete the definition of the Euler path. A walk simply consists of a sequence of vertices and edges. Each vertex and edge can appear more than once in a walk. An Euler path restricts the walk by limiting each edge to appearing once.

So in short, if a walk covers all the edges of the graph exactly once, it is an Euler path.

Let’s take some graphs and try to find out if they’ve got any Hamiltonian paths. 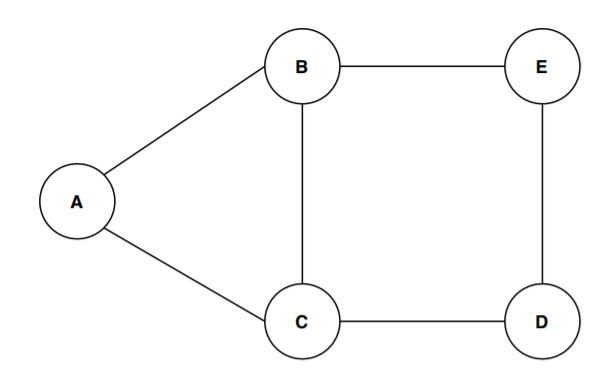 First, we’ll try empirically by taking a random path in

. But, is it Hamiltonian?

Following the definition of a Hamiltonian path, our path

covers all the vertices of our graph without visiting any vertex more than once. Hence we can say that the path

Let’s take another graph and call it

Let’s try our method again and take the random path

According to the definition, a path shouldn’t contain a vertex more than once. Here we can see the vertex

is repeated twice. So the path

Now, let’s try and do the same for Euler paths. 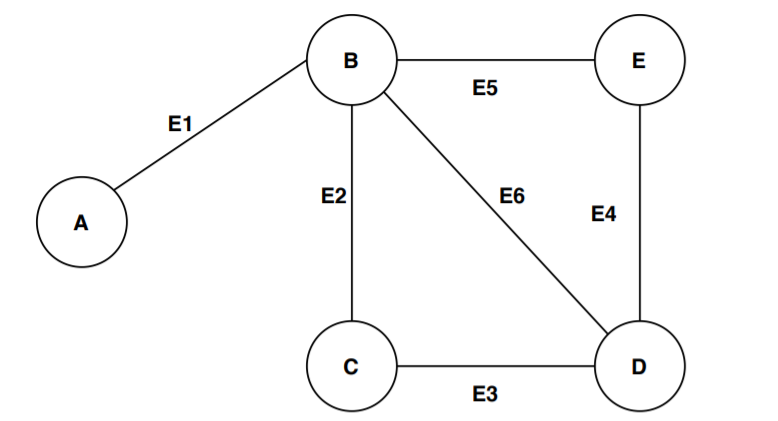 Let’s define a walk in the graph

. Our randomly picked sample walk in

. Is it follows the Eluer path definition? Let’s find out.

without repeating any edges.

The edges it covers are

. The walk covers all the edges of the graph

but there is repetition of the edges

which is against the definition of an Euler path.

Therefore, we can conclude that the walk

is not an Euler path. If we analyze the graph

in detail, we’ll observe the graph

can’t contain any Euler path. It is not possible to cover all the edges without repeating vertices in

There are some interesting properties associated with Hamiltonian and Euler paths. Let’s explore them.

A simple graph with

vertices contains a Hamiltonian path if

For a connected graph

, a random pair of a distinct vertex is

. Now according to the property :

denotes the degree of the vertex

denotes the number of the vertex in

is used to denote the shortest path between

Let’s verify this property with the graph

. by picking two distinct non-adjacent vertices A and D:

This is greater than the total number of vertex here in

. Thus this property holds for

In the case of a Hamiltonian path, it always starts and ends in different vertices. This property can be derived from the definition. In graph

, we showed that the path

is a Hamiltonian path. It starts from the vertex

. Hence, it follows the property.

If a graph has an Euler path, then the graph should have most two vertices with odd degrees.

, the odd degree vertices are

. All other vertices are of even degree. Therefore, graph

has an Euler path.

On the other hand, the graph

can’t have an Euler path.

All the non-zero vertices in a graph that has an Euler must belong to a single connected component.

In this section, we’re going to summarise all the theory that we discussed regarding Hamiltonian and Euler path and let’s present in an organized table format:

In this article, we discussed Hamiltonian and Euler path in depth. We’ve presented a general definition followed by some examples to ensure the reader gets the fundamentals. Finally, we’ve gathered all the points we discussed and presented a high-level comparison between the two concepts.