Computer and communication networks typically have more than one path from source to destination.

Switching refers to choosing the route the data will go through. Circuit and packet switching are the leading technologies we use in switched networks.

In circuit switching, the communication mechanism establishes a path between the source and destination.

The data transfer from source to destination takes place over a dedicated path. The circuit terminates the connection once the data transfer has been successfully completed.

Although it was initially designed to handle voice traffic, circuit switching is now widely used for data traffic. The public telephone network is the most well-known example of a circuit-switching network.

The following diagram illustrates how a circuit-switched network operates: 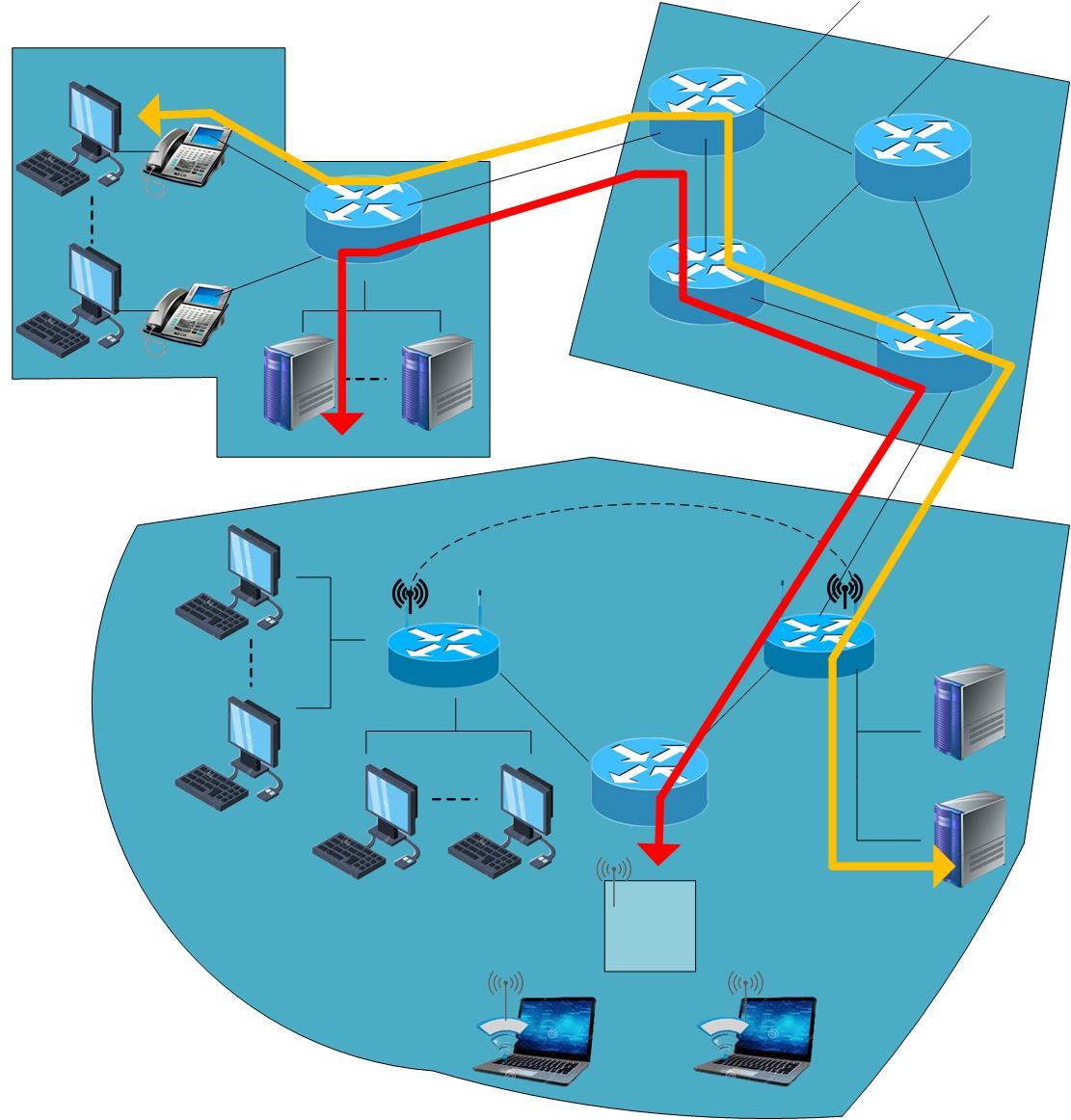 Circuit switching dedicates paths. So, there is no need to wait at each switch to decide where to send data. Therefore, transfers happen immediately.

Also, the data we send always reach their destination in order.

Circuit switching can be inefficient because it reserves system resources but doesn’t use them completely. The communication channel may be idle during most of the time the connection is live. For instance, utilization is high for voice connections but still doesn’t approach 100%.

There’s a delay prior to signal transfer for circuit establishment. Establishing the connection from the source to the destination can take too long.

In packet switching, users divide their data into smaller packets before sending them. Each packet has a packet header that contains the following: the packet type, source address, destination address, and sequence number of the packet within the message. The Internet is an example of a packet-switched network.

In the above figure, user-A sends the red packets to user-D, and user-B sends the yellow packets to user-C. We see that packets from the same user and message can follow different paths. The intermediate nodes (routers) forward the packets until they reach the destination.

Packet switching is cost-effective and easier to implement.

In packet-switching networks, users communicate with each other indirectly. This means there is no end-to-end communication. Thus, this switching type uses less bandwidth as packets quickly route toward the destination.

Packet switching doesn’t take up a large amount of space. In the case of a packet loss, we can request a copy to complete the message.

Packet switching is unsuitable for applications that can’t afford delays in communication. That is the case with voice calls.

4. Differences Between Packet and Circuit Switching

In this article, we talked about the circuit and packet switching techniques. We also presented the main differences between them.

In packet-switching networks, users communicate with each other indirectly. They divide message into packets and send them individually over the network. In contrast, users communicate directly in circuit-switched networks over dedicated paths reserved solely for their and no one else’s communication.