Open System Interconnection (OSI) model is a standardized framework that describes communication between computers on a network. It enables communication for divergent network devices under varying network conditions with its layered structure.

As a result, the structure of data transmitted over the layers is not the same. In this tutorial, we’ll focus on the differences between packets and frames. They are both protocol data transmission units used on different OSI model layers.

Let’s first have a closer look at what packets and frames stand for. Then, we’ll investigate the differences between them.

A packet is a data fraction transmitted over the network layer.

The network layer encapsulates segments from the transport layer. Its primary aim is to forward packets to routers within interconnected, heterogeneous networks.

A network packet is originated from a logical address and transferred to another one. Therefore, its header contains the source and destination addresses.

A frame is a unit of data transmitting over the data link layer.

The data link layer header and the payload data come together to construct a frame. The data part of a frame is a packet from the network layer. In other words, a frame encapsulates a packet.

Its source and destination addresses are physical medium access control (MAC) addresses. So, the header part contains these physical addresses.

Since the data link layer receives the data from the physical layer as bits, its main aim is to guarantee error-free data transfer. So, it implements extra measures to detect any errors as early as possible. Hence, unlike data in other layers, a frame contains a trailer part containing Frame Check Sequence (FCS) for error correction. Moreover, flags mark the start and end of frames. 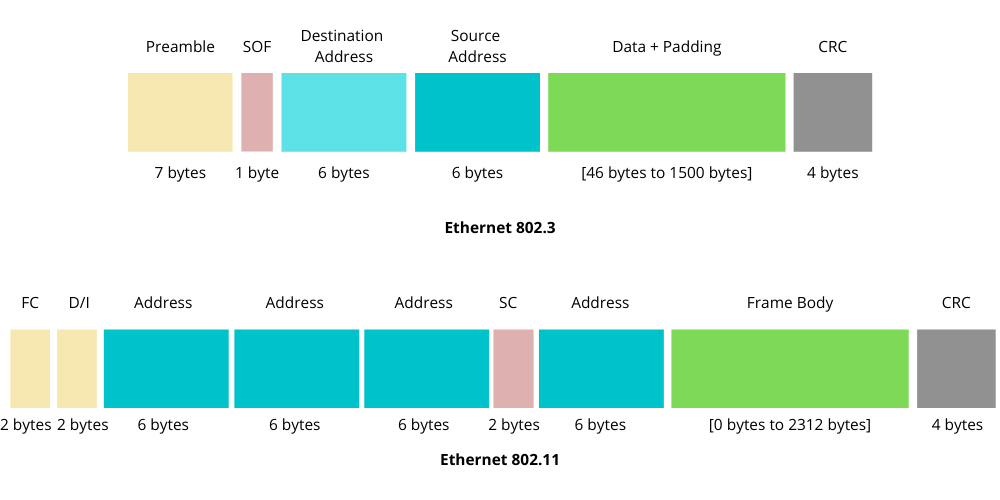 4. Difference Between Packets and Frames

Let’s summarize the fundamental differences between packets and frames based on what we’ve learned so far:

The OSI layer they take part in is the main difference. A frame is the data unit for the data link layer, whereas a packet is the transmission unit of the network layer.

In short, a frame and a packet differ in how they encapsulate the data payload.

In this article, we studied packets and frames from the OSI model.

First, we learned about packets, which carry data over the network layer. Then, we reviewed frames, the data units of the data link layer. Last, we compared their differences.