In a binary tree, each node has 3 elements: a data element to hold a data value, and two children pointers to point its left and right children: 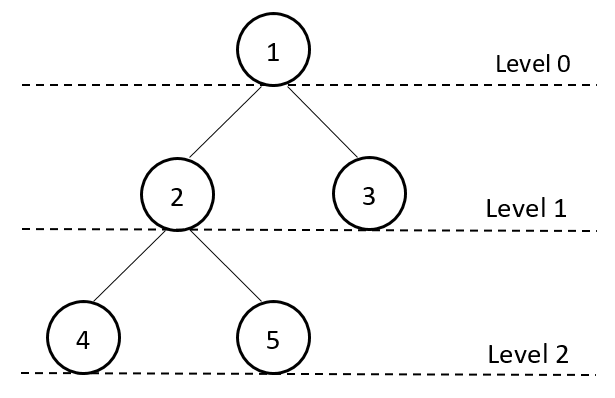 To calculate the level of a binary tree, we can traverse the tree level-by-level. We start with the root node as level 0. Then we visit every node on a level before going to another level. For example, the level-by-level traversal sequence of the above example tree is 1, 2, 3, 4, 5.

The level-by-level binary tree traversal is also a breadth-first search (BFS) approach. To achieve this traversal, we can use a queue data structure to ensure the order of traversal.

In this algorithm, we start with the

node. First, we put the

node and its level number into the queue

. Then we use a loop to traverse all the tree nodes by their levels.

In each iteration, we increase the current tree node’s level by 1 and associate it with the node’s left and right children. During the traversal, we record the maximum level number. After we visit all the tree nodes, the maximum value is then the binary tree’s level.

If the binary tree contains

nodes, the overall run time of this algorithm is

since we visit each node only once.

4. Minimum and Maximum Number of Nodes

. Therefore, the minimum number of nodes of a binary tree with level 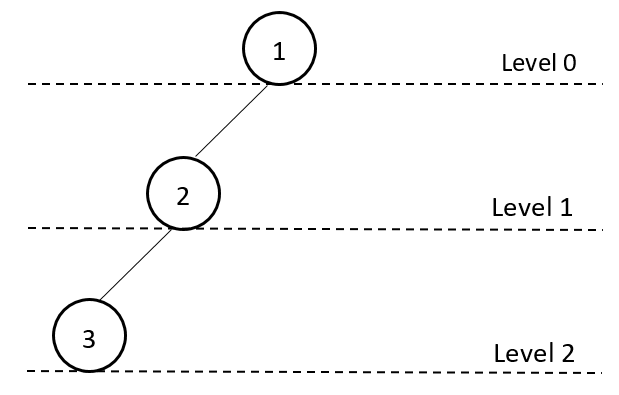 We can conclude the minimum number of nodes with the following theorem:

To construct a binary tree of level

with the maximum number of nodes, we need to make sure all the internal nodes have two children. In addition, all the leaf nodes must be at the level 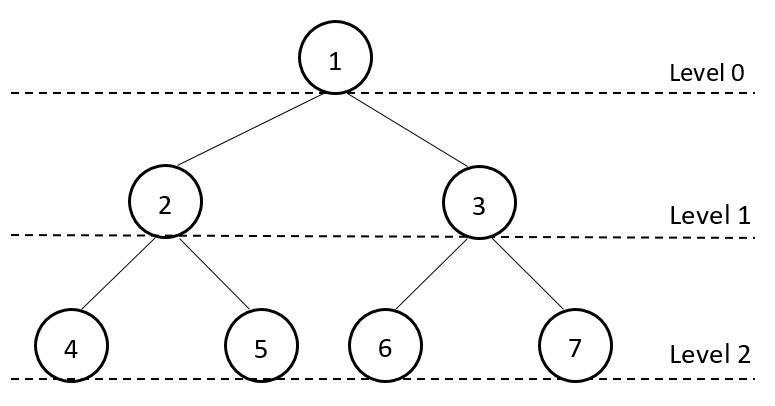 Based on this observation, we can see that each level doubles the number of nodes from its previous level. This is because every internal node has two children. Therefore, the maximum number of nodes of a level

We can conclude the maximum number of nodes with the following theorem:

We can also use induction to prove Theorem 2. For the base case, where

, a binary tree of level 0 is just a single root node without any children. Also, when

. Therefore, the base case satisfies the induction hypothesis:

In the induction step, let

be a binary tree of level

. For the root node of

, its right subtree and left subtree both have level 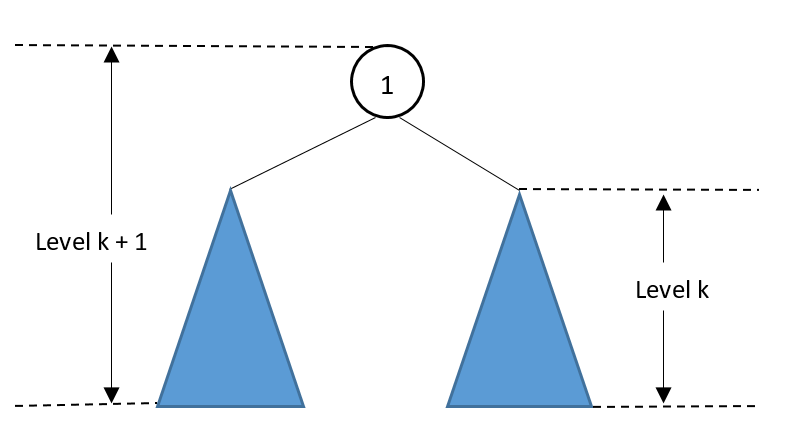 The total number of nodes of

is the sum of its two subtrees and the root node. Therefore,

nodes. The hypothesis holds for

, and so the theorem is proved.

. In the end, we used induction to prove that the maximum number of nodes for a level