In this tutorial, we’ll discuss how we can use 1’s complement technique to detect errors in data transmission.

Error detection is a critical part of any digital system that needs to maintain data integrity. Therefore, it’s essential to have a reliable method for detecting errors in transmitted data before it reaches its destination. One of the most commonly used techniques is 1’s complement. It’s a fast and efficient way of detecting errors in digital data. 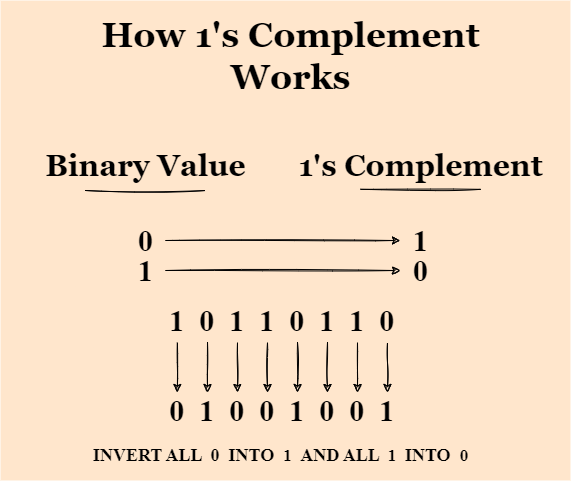 We can also use 1’s complement to represent negative numbers in computers since it allows for simple addition and subtraction of binary numbers using standard circuits. Additionally, we can also utilize this technique to simplify the implementation of certain computer operations, such as bitwise NOT and bit shifting.

Before discussing how we use 1’s complement technique for error detection, let’s discuss the different types of errors that can occur while transferring data.

There’re several different types of errors that can occur in digital data. Some common errors include single-bit, burst, timing, and corruption.

We’ve explored how 1’s complement works for error detection. Now let’s take an example to explain how we can practically apply this method. 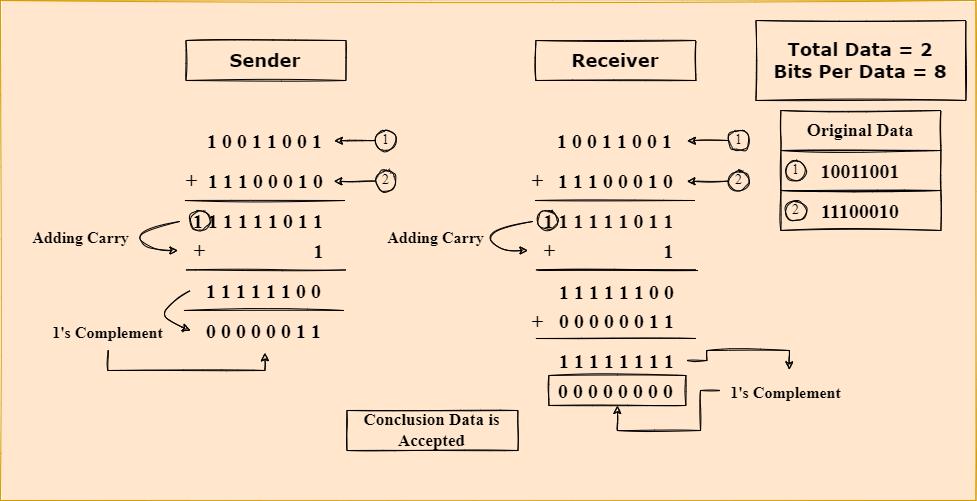 Additionally, the 1’s complement method works with only the most significant bits of transmitted data, which means it doesn’t add extra bits to the data. On the other hand, the parity method adds a bit to the transmitted data. Furthermore, checksums also prepend an extra bit to the data and add additional computations. The 1’s complement method is a low-cost error detection method requiring no special equipment.

The 1’s complement can be less efficient in terms of the number of bits required to represent a given range of values compared to other methods of representing negative numbers. Additionally, it doesn’t have a unique representation for zero. In the 1’s complement system, zero can be represented by either all 0’s or all 1’s, leading to confusion and potential errors when working with binary numbers.