In this quick tutorial, we'll show how to find the point of intersection of two lines defined by the linear functions in the slope-intercept form.

2. The Math Formula of Intersection

Any straight line (except vertical) on a plane can be defined by the linear function:

where m is the slope and b is the y-intercept.

For a vertical line, m would be equal to infinity, that's why we're excluding it. If two lines are parallel, they have the same slope, that is the same value of m.

Let's say we have two lines. The first function defines the first line: 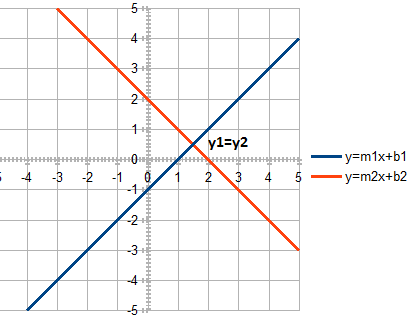 From the above equation we can find the x-coordinate:

Finally, we can find y-coordinate of the point of intersection:

Let's now move on to the implementation part.

Secondly, we'll convert the calculated point of intersection into the object of java.awt.Point type.

Now let's choose some values and test the method for parallel and non-parallel lines.

It's intuitively clear that the point of intersection of the second line with the x-axis must be  (1,0): 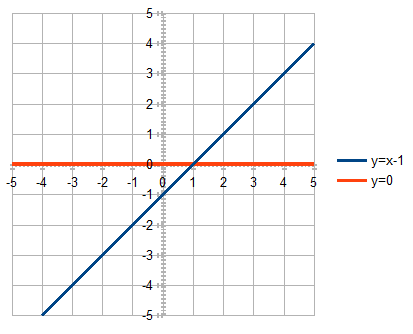 Firstly, let's make sure that a Point is present, as the lines aren't parallel, and then check the values of x and y:

Lastly, let's take two parallel lines and make sure that the returned value is empty: 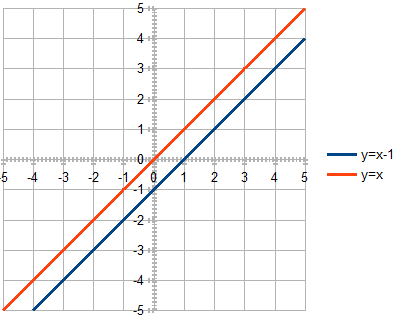 In this tutorial, we've shown how to calculate the point of intersection of two lines.

As usual, the complete source code is available over on GitHub.