In this tutorial, we’ll take a look at what a smart chatbot means. Then, we’ll go over the architecture of a smart chatbot and how it works. Finally, we’ll walk through the steps to building a chatbot capable of carrying on a meaningful conversation.

A chatbot is an AI-based software that conducts conversations. That means it interacts with humans in their natural language. These chatbots typically communicate via voice or text, and they can easily mimic human languages to communicate with humans in a human-like manner. One of the first and most important goals of a chatbot is to resemble an intelligent person and make it difficult for others to understand their true nature, as shown here: 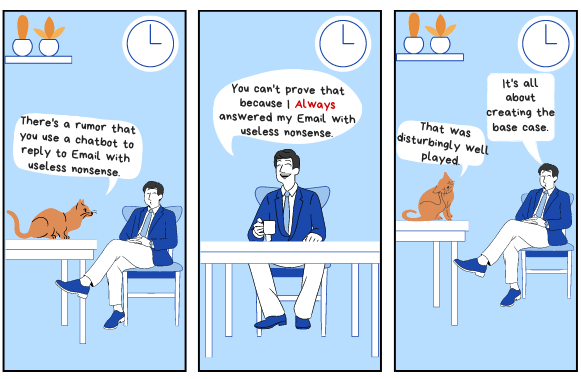 Chatbots use a question-and-answer pattern to manage conversations. Whereas artificial intelligence and machine learning are used to recognize the question and deliver an appropriate answer.

Artificial intelligence and machine learning represent the heart of chatbots’ functioning. In general, a chatbot recognizes requests by comparing incoming user questions to predefined instructions. It accomplishes this by running the requests through advanced algorithms and then responding appropriately. This leads to classifying chatbots into two categories based on how they analyze input and reply to it. Let’s take a look at the two types of chatbots:

In contrast to retrieval-based chatbots, generative chatbots are generally open-source chatbot programs. Rather than selecting from pre-defined responses, it generates unique and new responses without requiring an extensive database of examples. If the model is appropriately trained, it is an easy task to generate novel responses. Here’s an example of how a generative chatbot would respond to a user’s query:

Chatbot has become an essential customer interaction tool that allows for instant messaging between the brand and the customer. Consider Siri from Apple, Cortana from Microsoft, and Alexa from Amazon. Aren’t these wonderful? Don’t you want to learn how to make your own chatbot?

A chatbot is made up of many components that work together to achieve a common objective. Let’s take a look at the relationships between the various components of a conversational agent: 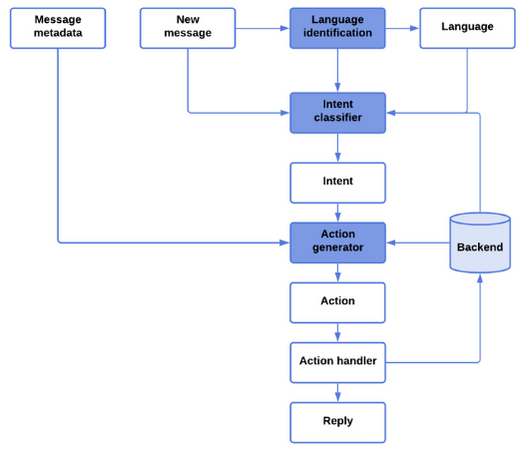 When the chatbot receives a new message, the language identification module is the first to handle it. This might include anything from simple tag retrieval to more complex statistical techniques. Then the intent classifier module receives three inputs which are the new message, along with the language and any previous discussion messages obtained from the backend. The Intent classifier module is responsible for inferring the user’s purpose.

The message’s metadata inferred intent, and other backend data will then be utilized to identify a suitable action or series of actions. For example, if the intent is still unclear, a chatbot may choose to respond with a question, or it may choose to reactivate a user account if the user’s intent is to ask permission to do so.

Finally, the action handler module accepts an action as input and executes it appropriately. This is advantageous because the same action may be carried out in many ways depending on the agent’s surroundings. For example, depending on whether the bot works on a company’s website or the Messenger platform, the performed action might be totally different.

Let’s understand the workflow of these bots in order to build a chatbot that offers appropriate outcomes.

The performance of chatbots is based on three classification methods.

We use these patterns to match parts of user messages. To provide a reasonable response, a remarkable pattern must be available in the database for each type of question.

Here’s an example of a chatbot architecture using the NLU method:

Here’s an example of a chatbot architecture using the NLP method:

In some instances, determining the language of a text is an essential initial step in a broader natural language processing chain. Some languages even share homographs (for example, room, which appears in both English and Dutch despite having a different meaning in each language). This can cause algorithms to become confused about the semantics of these words and necessitates the need to identify the correct language for a given text before processing it further.

The conversational agent must be able to recognize the goal the user is attempting to achieve when it receives a new message. This is often modeled as a multiclassification issue, with labels corresponding to the names of the possible user intentions. To address this issue, various techniques are available, ranging from basic keyword extraction to Bayesian inference. However, these techniques employ a large number of messages to identify the user’s request.

Without knowledge, an intelligent agent can only accomplish so much. Knowledge engineering is highly beneficial for conversational bots, such as answering simple queries about broad facts. Siri and Amazon Alexa utilize internal knowledge inference methods to obtain information from the web and other sources (for example, asking Siri about trains departing from Tunis today may result in an internal inference operation of the type train(Tunis, D, today), where D is an anonymous destination). Nowadays, knowledge management is primarily accomplished through API calls and optimized database requests.

A conversational agent must be able to respond in order to converse. Furthermore, the responses must be coherent in relation to the context of the discourse. This problem may be solved by combining two modules: one that creates a list of potential responses and the other that chooses or ranks them based on certain criteria. The two most prevalent methods to this problem are retrieval-based and generative-based strategies. Here are some examples of generated answers using a bot: 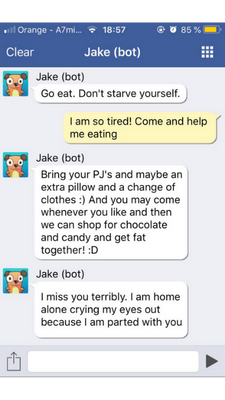 6. How to Create a Chatbot

Let’s go through the fundamentals of creating a purpose-driven chatbot:

In this article, we’ve discussed the fundamentals of a smart chatbot and how understanding its architecture can help develop an intelligent bot capable of carrying on a meaningful conversation. We’ve also gone over creating a smart chatbot that can serve as the primary source of customer support or supplement human staff.