In this tutorial, we’ll learn about Inception Networks. First, we’ll talk about the motivation behind these networks and the origin of their name. Then, we’ll describe in detail the main blocks that constitute the network. Finally, we’ll present two versions of the overall architecture of an Inception Network.

An Inception Network is a deep neural network that consists of repeating blocks where the output of a block act as an input to the next block. Each block is defined as an Inception block.

The motivation behind the design of these networks lies in two different concepts:

Inspired by the above, researchers proposed Inception Networks which are very deep neural networks that learn features in multiple scales.

3. Origin of the Name

The origin of the name ‘Inception Network’ is very interesting since it comes from the famous movie Inception, directed by Christopher Nolan. The movie concerns the idea of dreams embedded into other dreams and turned into the famous internet meme below: 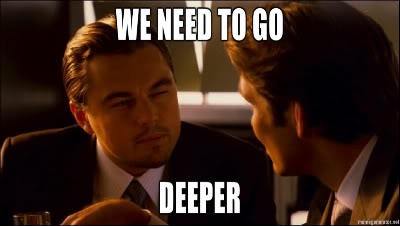 The authors of the network cited the above meme since it acted as an inspiration to them. In the movie, we have dreams within dreams. In an inception network, we have networks within networks.

To gain a better understanding of Inception Networks, let’s dive into and explore its individual components one by one.

The goal of a

convolution is to reduce the dimensions of the input data by channel-wise pooling. In this way, the depth of the network can increase without running the risk of overfitting.

1 convolution layer (also referred to as the bottleneck layer), we compute the convolution between each pixel of the image and the filter in the channel dimension. As a result, the output will have the same height and width as the input, but the number of output channels will change.

In the image below, we can see an example of a 1 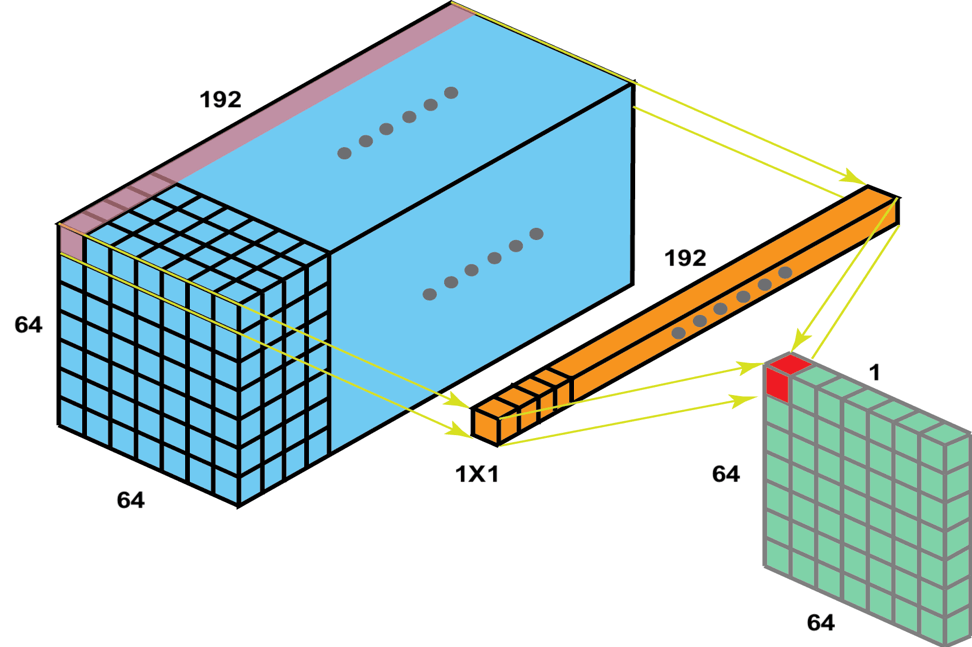 We can also observe that 1

1 convolutions help the network to learn depth features that span across the channels of the image.

5 convolutions is to learn spatial features at different scales.

Specifically, by leveraging convolutional filters of different sizes, the network learns spatial patterns at many scales as the human eye does. As we can easily understand, the 3

3 convolution learns features at a small scale while the 5

Now, we’ll describe two Inception architectures starting from a naive one and moving on to the original one, which is an improved version of the first.

A naive implementation is to apply every inception block in the input separately and then concatenate the output features in the channel dimension. To do this, we need to ensure that the extracted features have the same width and height dimensions. So, we apply the same padding in every convolution. 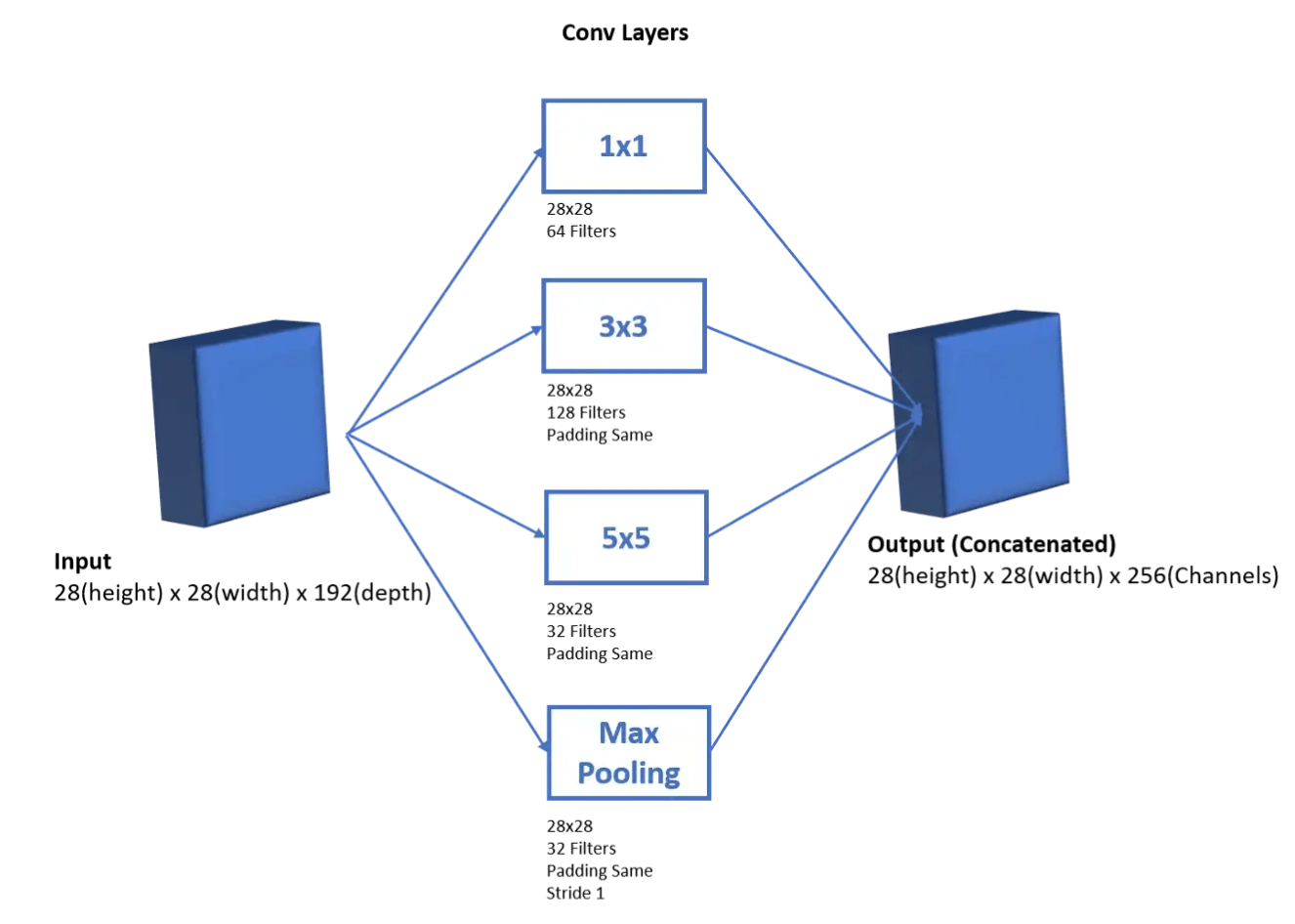 The drawback of the naive implementation is the computational cost due to a large number of parameters in the convolutional layers.

The proposed solution is to take advantage of

convolutions that are able to reduce the input dimensions resulting in much lower computational cost.

Below, we can see how the improved inception architecture is defined. We can see that before each 3

5 convolution we add a 1

1 convolution to reduce the size of the features:

In this article, we introduced Inception Networks. First, we discussed the motivation behind these networks and the origin of their name. Then, we defined the main inception blocks and presented two versions of inception architectures.