A goal-based agent is an AI system designed to achieve a specific goal. The goal can be anything from navigating a maze to playing a game. Given a plan, a goal-based agent attempts to choose the best strategy to achieve it based on the environment. Furthermore, it uses search algorithms to find the most efficient path to the goal. Additionally, it also utilizes heuristics and AI techniques to improve its performance.

Now, let’s take a look at the diagram, which summarizes the whole process of how a goal-based agent works: 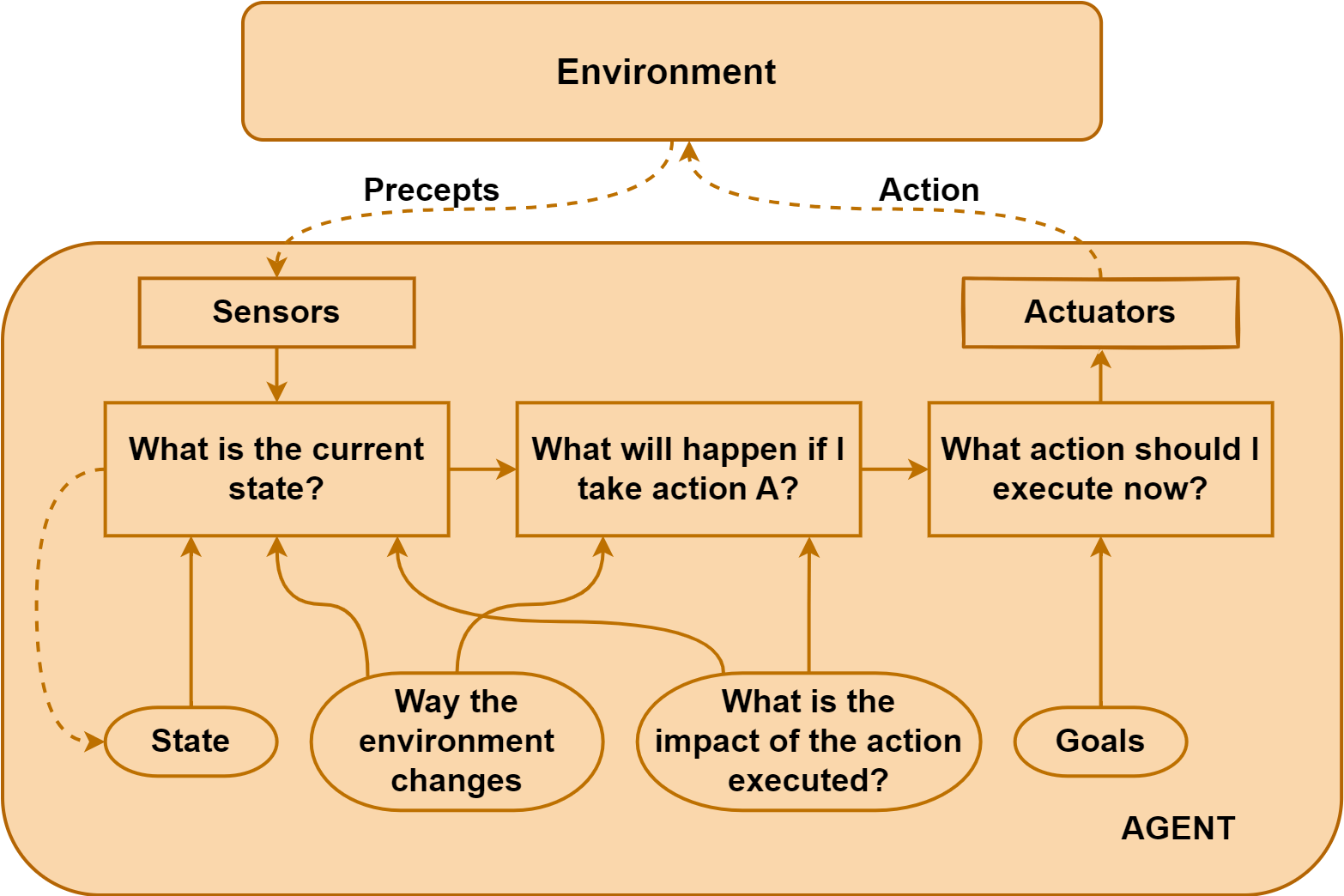 Let’s take an example. Let’s assume we want to train an agent who can play the game Breakout: 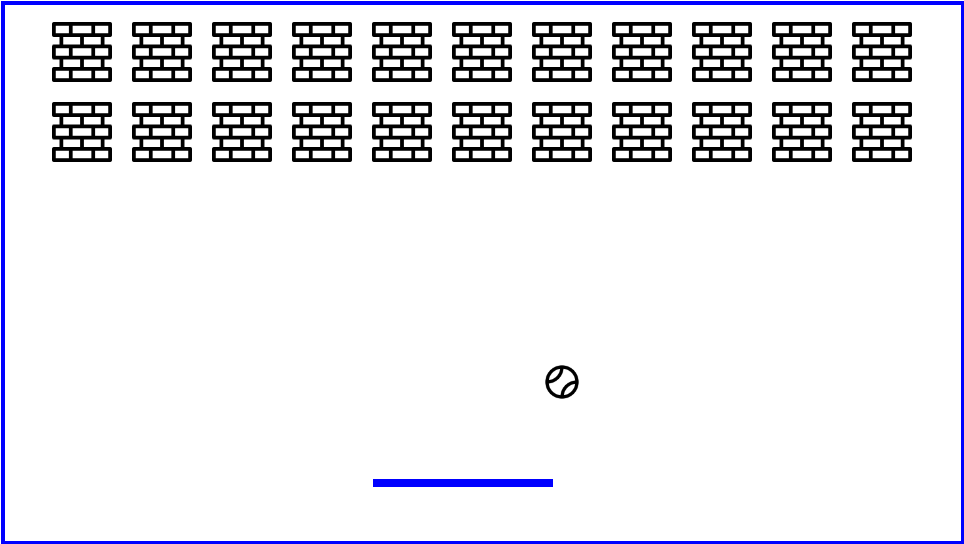 Breakout is a classic arcade game in which the player controls a paddle at the bottom of the screen. The goal of the game is to use the paddle to hit a ball and prevent it from falling off the screen by bouncing it back into the play. Furthermore, the ball bounces off the walls as well as from the paddle. Additionally, the player can move the paddle left and right to try and hit the ball.

The game is over if the ball falls off the screen. Additionally, the player can earn points by hitting bricks at the top of the screen with the ball. However, the game gets progressively more difficult as the player progresses, and the ball moves faster.

It makes decisions based on a set of predetermined criteria or a utility function. Furthermore, these criteria represent the goals or objectives of the agent. Additionally, we use the utility function to evaluate different actions or states regarding how well they achieve the given goals.

Now, let’s take a look at the diagram, which summarizes the whole process of how a utility-based agent works: 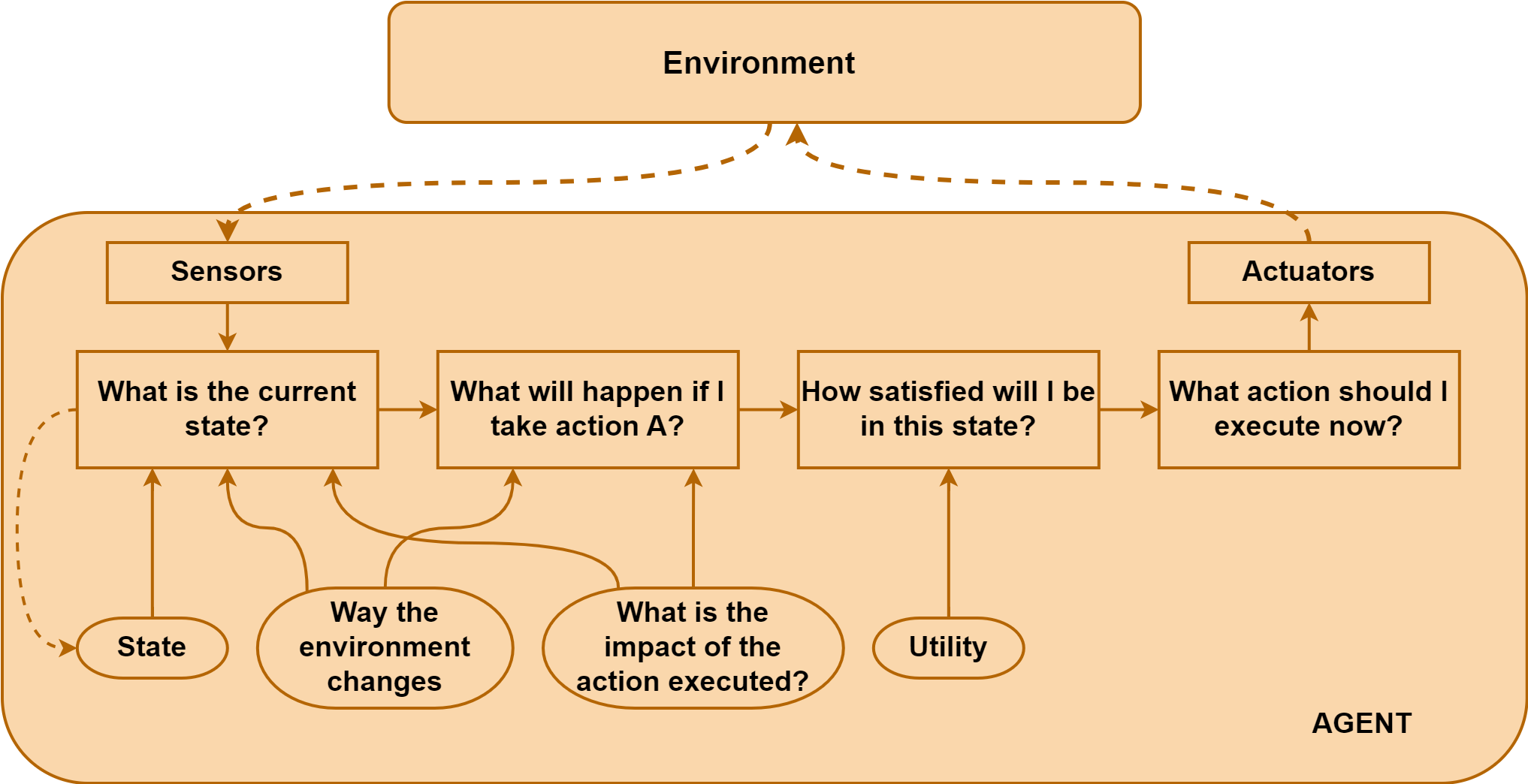 Let’s take an example to understand how we can design a utility-based agent. Assume that we want to train an agent that can play the game Pacman. Pacman is a game where a player controls a character that can move around a maze and eat pellets. Furthermore, players can go to the next level if they collect enough pellets. However, while the player is collecting pellets, they’re vulnerable to being eaten by ghosts that enter the maze from the sides.

Additionally, if a ghost catches the player, they receive a negative reward, and the level restarts. We want to train an agent that can receive a reward for collecting pellets and a negative reward for being eaten by a ghost. For the agent to receive these rewards, we would have to embed a video of someone playing Pacman and have the agent take screengrabs of the relevant states.

These screengrabs would be what the agent uses to estimate its utility function. Additionally, the agent would try to learn patterns in the images it receives from Pacman and use these patterns to estimate the utility of different states. Furthermore, it receives information about the environment and the estimation value of the utility by taking a particular action in a given state.

Generally, utility-based agents will have a utility function as part of their model that depends upon the state, action, and reward received from a state. For example, the reward could be a profit obtained from a customer, some points received from winning a game, or the number of lives remaining in a game. Finally, the goal of the agent is to maximize the utility function.

We have discussed the basic concept of goal-based and utility-based agents. Now, let’s explore the core differences between them:

In this tutorial, we discussed two types of AI agents: goal-based and utility-based agents.

Finally, we presented the core differences between them.