There are several metrics for evaluating machine-learning (ML) models. One that we often calculate when analyzing classifiers is the

score, which combines precision and recall into a single value.

In this tutorial, we’ll talk about its generalization, the

score, which can give more weight to either recall or precision.

It’s useful because it’s high when both scores are large, as we see in its contour plot: 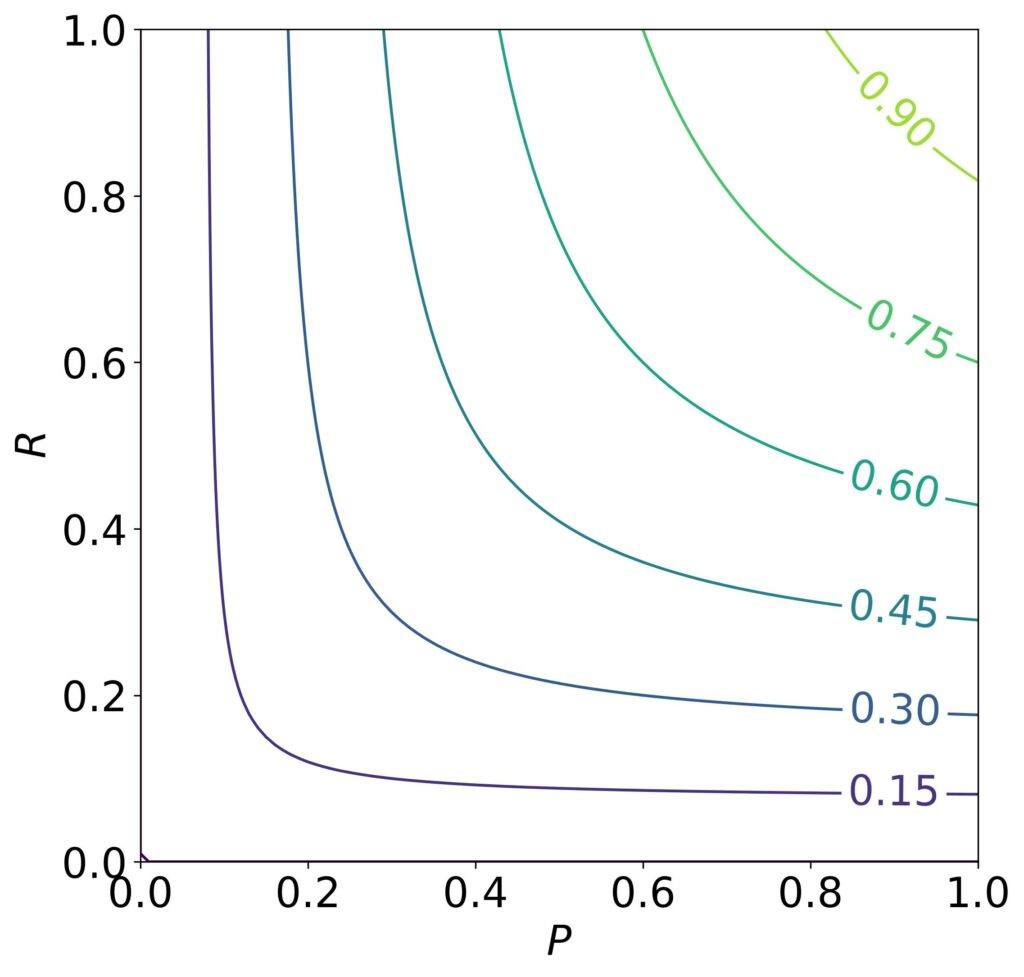 It gives equal weights to recall and precision, so the contours are symmetric around the 45-degree line,

2.1. What if Precision and Recall Aren’t Equally Important?

However, there are cases where one of the scores is more important than the other.

We care more about recall if a false negative is more severe an error than a false positive. Automated diagnostic ML tools in medicine illustrate that. There, a false negative is a missed condition, which could be fatal for our patient’s health. In contrast, a false-positive diagnosis induces stress, but additional testing can relieve the patient.

Conversely, precision is more important when a false positive has a higher cost. That’s the case in spam detection. Letting a spam e-mail appear in the inbox may annoy the user, but marking a non-spam e-mail as spam and sending it to thrash could result in the loss of a job opportunity.

In such applications, we’d like to have a metric that considers the relative importance of

score does precisely that.

The common formulation of

It’s a weighted harmonic mean of

times more important than precision, and if

, it’s the other way around. As the contours for

show, we can get a high

score if the recall is high enough no matter if the precision is low, which aligns with our requirements: 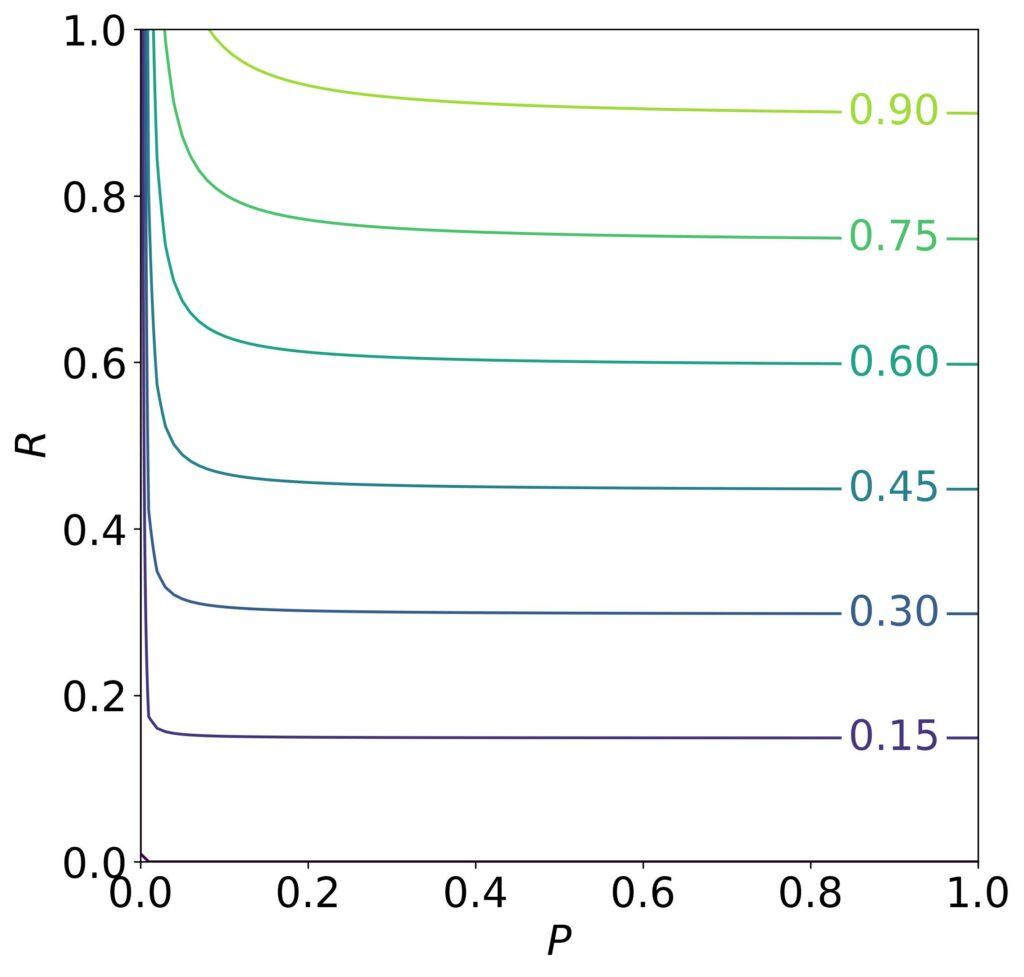 figure in the equations instead of

3.1. Relative Importance of Precision and Recall

The reason why we have

lies in how the relative importance was defined when

In general, the weighted harmonic mean of

as the weights is:

, we require the latter to satisfy the condition of relative importance. More precisely, we want

to be such that at the points at which

Mathematically, that means that the ratio

should be equal to

when the partial derivatives

into the weighted harmonic mean, we get

3.3. The Effect of Importance

Let’s analyze what happens to

. That covers the case with

If only recall is important, we let

. In that case, we expect

. Taking the limit, we get:

Similarly, if we care only about precision, we set

4. Alternative Formulation of the F-Beta Score

A different definition of relative importance would yield a different

For instance, we could say that if we consider the recall score to be

times more important than precision, that means that when

times as much as an equal increase in

Mathematically, this translates to the following condition:

From there, we get a metric that is linear in

It too reduces to

In this article, we talked about the

score. We use it to evaluate classifiers when the recall and precision aren’t equally important. For instance, that’s the case in spam detection and medicine.

However, the two scores’ relative importance we quantify with

has a formal mathematical definition: when their partial derivatives are equal, recall is

times as large as precision.