We’ll start with the basic idea, followed by an example for each paradigm. Finally, we’ll present the core differences between them.

The expression “Divide and Conquer” is well-known in politics and sociology, originally used by Roman rulers as “Divide et impera”. It’s a strategy that focuses on dividing elements into sub-elements in order to affect the power and difficulty.

The second phase of a divide and conquer algorithm is solving the sub-problems generated in the first phase. This stage involves solving a lot of sub-problems recursively. However, sometimes we don’t need to solve the sub-problems as they’re marked as solved on their own after the divide phase. 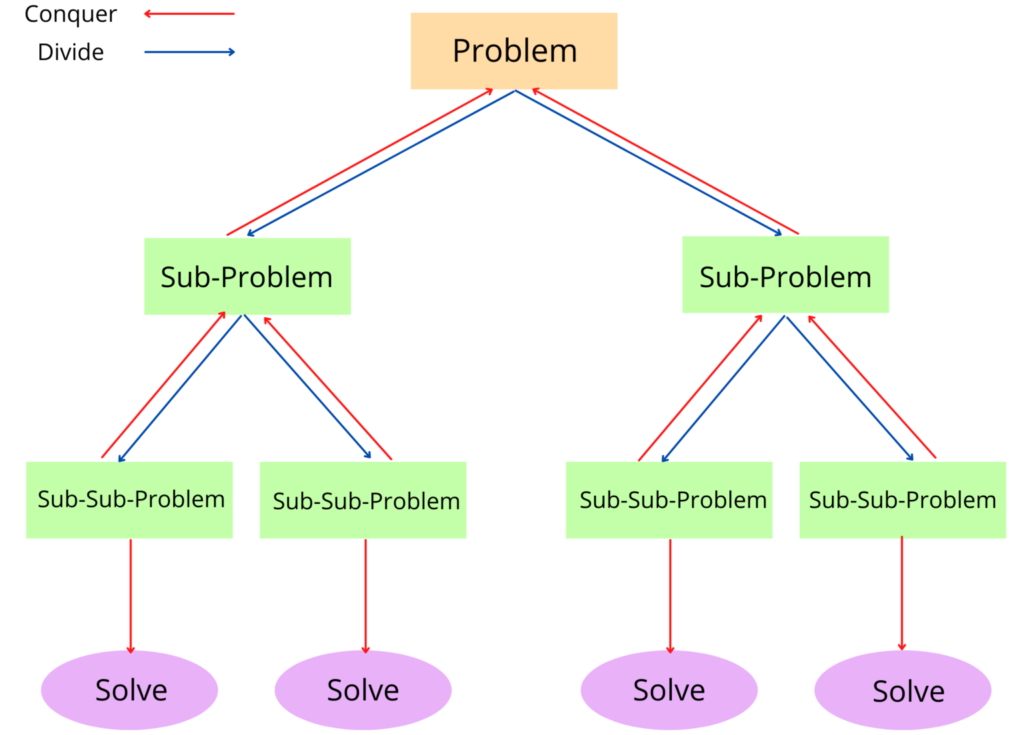 There are several applications of the divide and conquer paradigm, such as binary search algorithm, sorting algorithms.

Here, we present a binary search algorithm to explain how a divide and conquer algorithm practically works. Given an input array of numbers, we need to find whether

is present in the input array or not. The algorithm will return TRUE if it finds the number

Following the divide and conquer paradigm, we divide the input array into two sub-arrays. Furthermore, we continue diving the sub-arrays into smaller instances until we reach an instance that cannot be divided further. In this example, the element

is present in the input array. Hence, the algorithm returns TRUE as output: 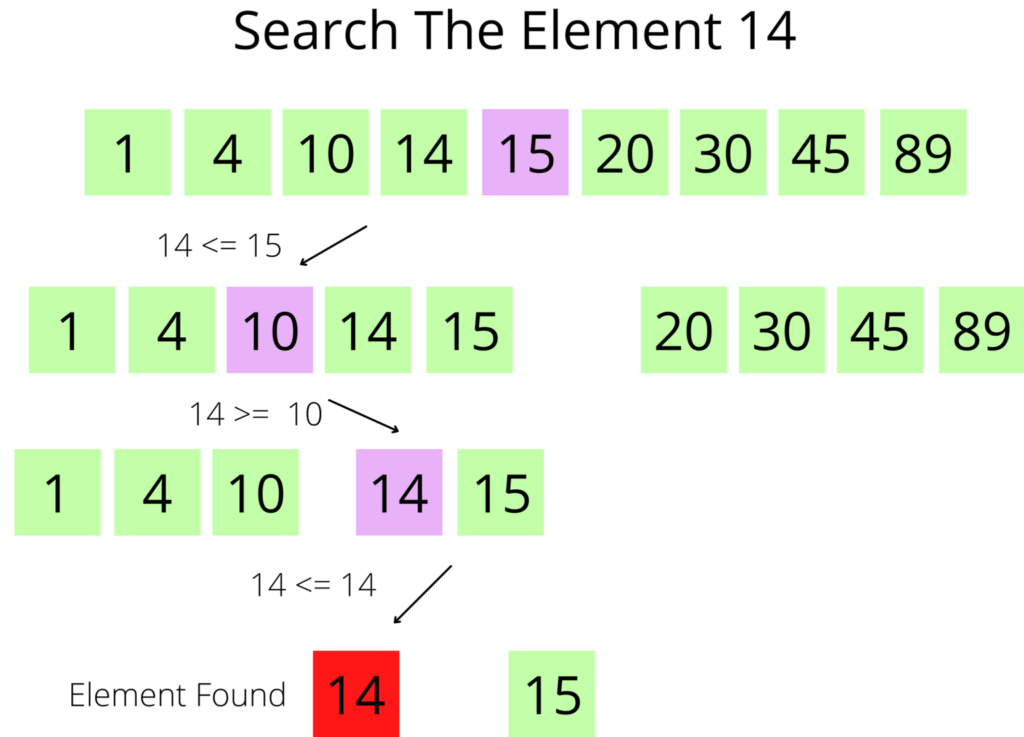 The crucial part is we don’t have to visit the whole input array. We visit only a part of the input array to find the solution to the original problem. It reduces the time complexity to

Dynamic programming is a popular algorithmic paradigm, and it uses a recurrent formula to find the solution.  It is similar to the divide and conquer strategy since it breaks down the problem into smaller sub-problems.

The major difference is that in dynamic programming, sub-problems are interdependent. Therefore, we store the result of sub-problems and use them in future references for similar or overlapping sub-problems to reduce the execution time.

In this section, we’re taking the Fibonacci number problem, and we’ll discuss how it can be solved using the dynamic programming approach. The Fibonacci function can be expressed mathematically as follows:

is the user input. To illustrate how the Fibonacci function can be solved using the dynamic programming approach, we’re taking the input value

. In the first phase, we divide the original problem into sub-problems. Unlike divide and conquer, it computes the sub-problems iteratively and stores the solutions for future use. 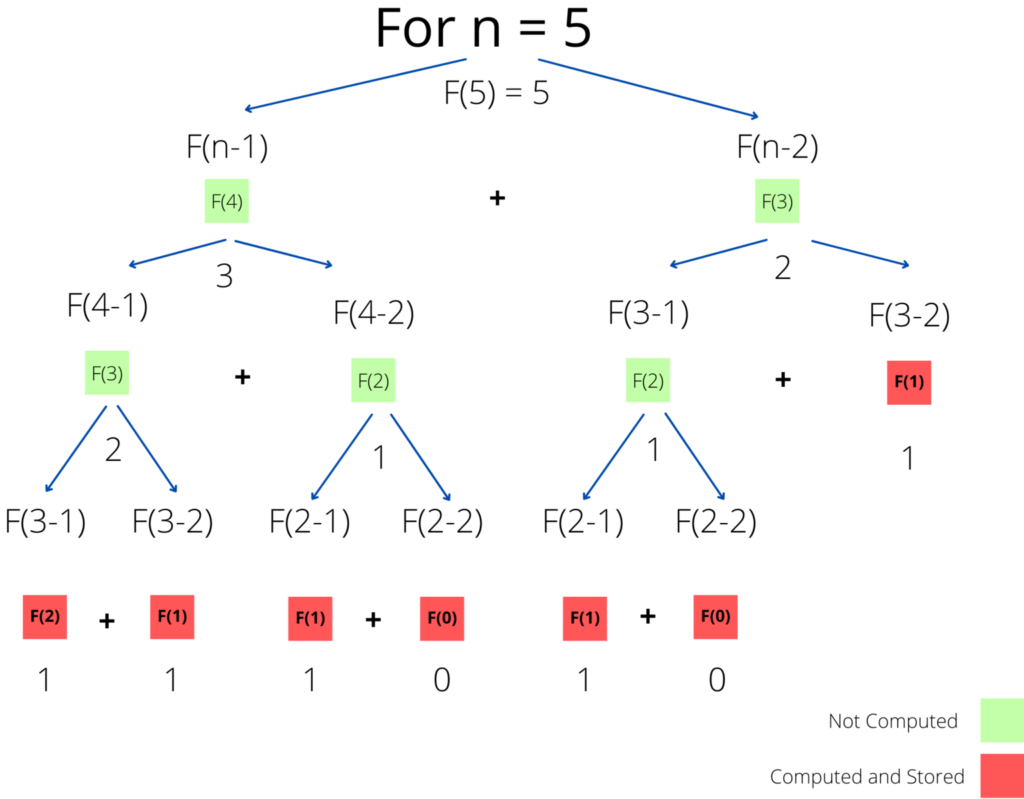 6. Divide and Conquer vs Dynamic Programming

Now we know the theoretical idea behind both the algorithemic paradigms. In some way they are similar but there are difference in their approaches as well. In this section, we’ll summarizes all the previous discussions and enumerate the main differences in a table:

Despite the resemblance of these two strategies, they remain different, with particular uses.

While both approaches help reduces the solution’s complexity, sometimes they can do the opposite as well. So it remains the mission of the researcher to wisely choose the right strategy to apply to solve a problem.

In this tutorial, we discussed the basic idea of divide and conquer and dynamic programming paradigms. Finally, we presented an example of each approach and enumerated the main differences in a table.