In this tutorial, we’ll discuss cloud, grid, and cluster in networking.

Data centers run a cloud service that is shared among many users. Hence, we don’t need to purchase hardware or software when using a cloud service. Furthermore, data is stored in a central location accessible from any device. We primarily access cloud services through the Internet, but a virtual private network can also be used.

The most common cloud service is cloud computing. Using could computing, a company rents out server space, bandwidth, and other resources from a third-party vendor to fulfill the business requirement. Furthermore, cloud computing includes servers, storage, databases, and software available over the Internet. Additionally, it enhances efficiency, reduces operational cost, and accelerate execution speed.

Let’s take a look at the cloud computing architecture:

Several clients can simultaneously access different services, storage, and applications via the Internet.

A grid is a distributed computing architecture that connects a network of computers to form an on-demand robust network. A network of computers utilizes grid computing to solve complex problems. Furthermore, it makes sure a business or organization runs smoothly. Additionally, it uses many computers in different locations. These computers are connected to complete a specific task or process.

The computers in a grid work together to perform a task. Additionally, each computer performs a part of the task. When a computer finishes a part of the task, it passes the rest of the work on to another computer. Further, grid computing contains a large number of servers and computers. Moreover, each of them executes independently. Let’s take a look at the grid computing architecture: 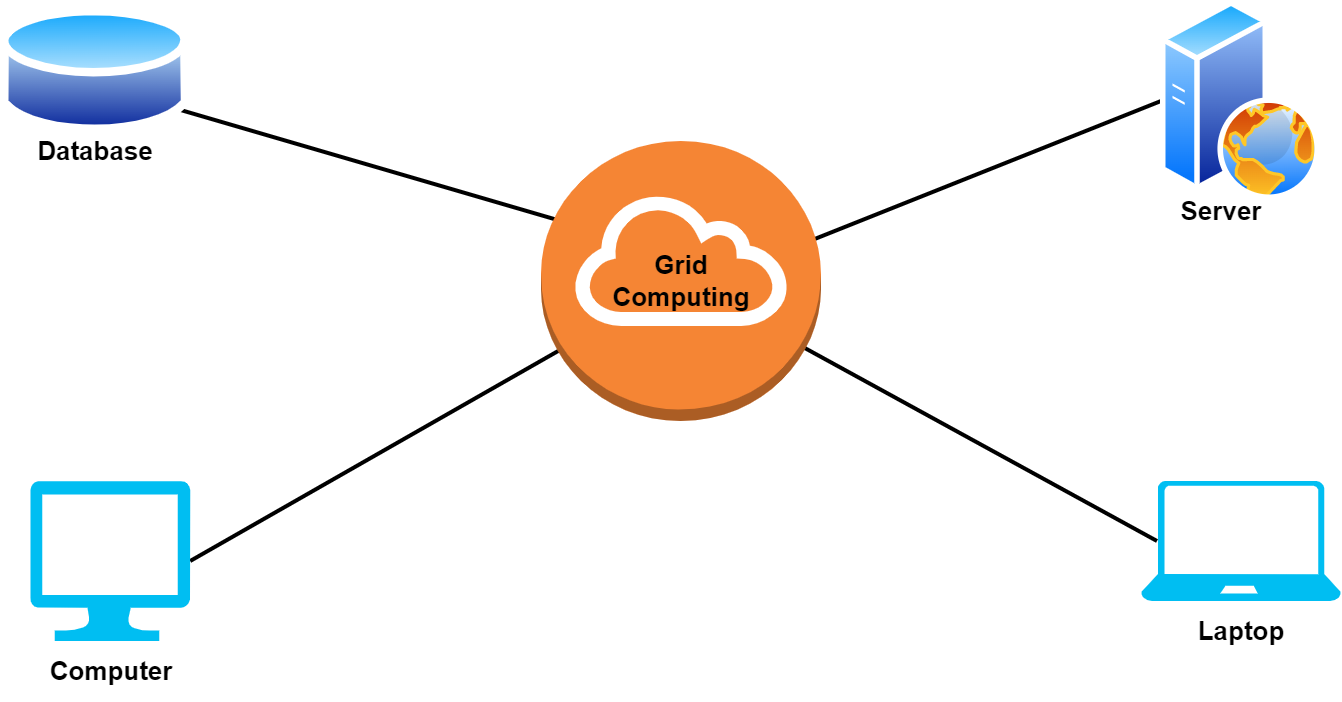 The significant difference between cloud and grid computing is that grid computing solves complicated tasks, but cloud computing provides users access to some particular services at a low cost.

A cluster is a network topology containing two or more computers connected to each other. Furthermore, a local network connects the computers or nodes on the cluster. Generally, we place all the nodes in the same location in a cluster. Additionally, it follows centralized architecture.

The nodes in a cluster can be both synchronous and asynchronous, but it depends on the type of cluster. Clusters differ from clouds as clusters contain two or more computer systems connected to the cluster head node, acting like a single system. On the other hand, a cloud includes servers, storage, and databases ready to use over the Internet: 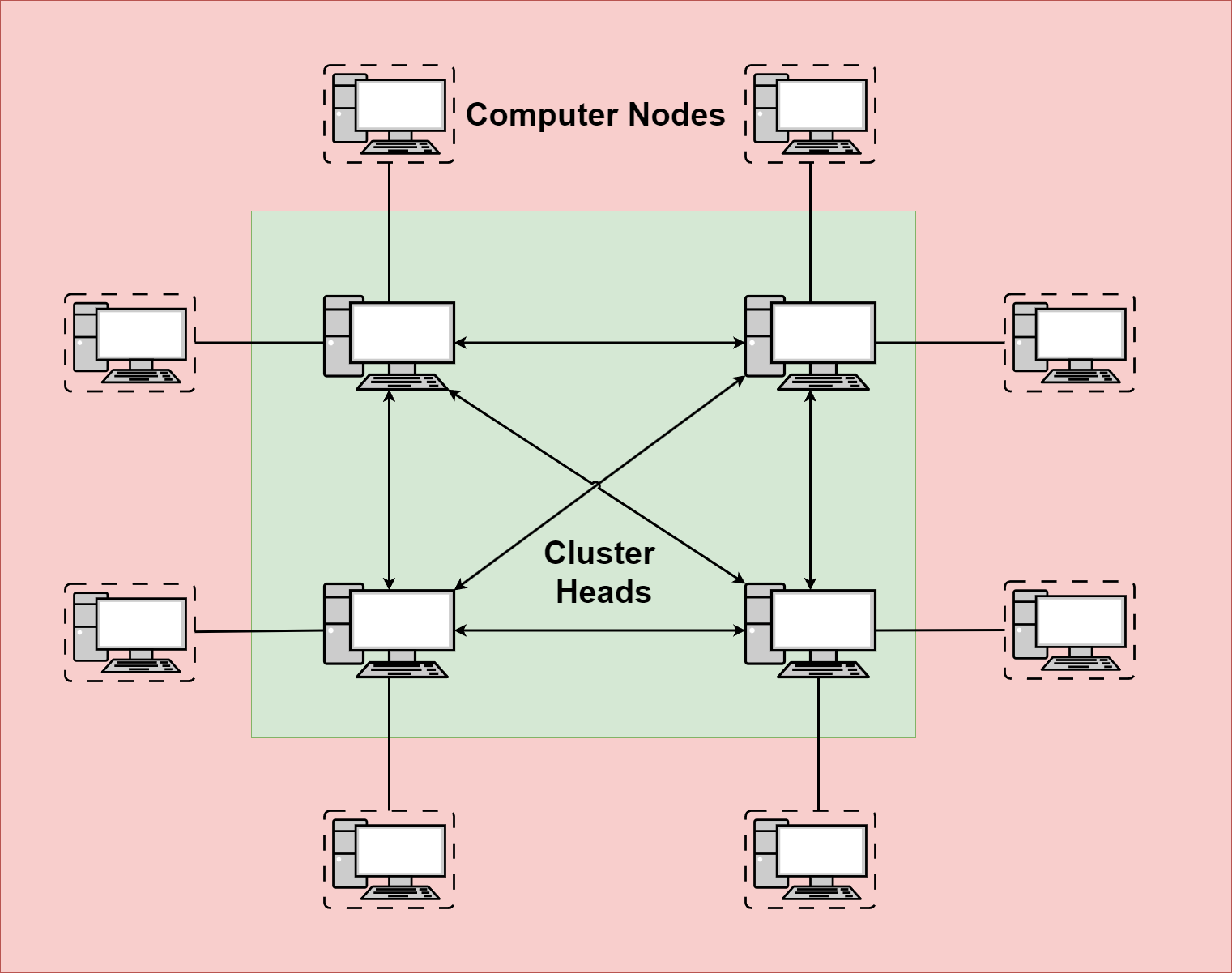 Now let’s take a look at the core differences between grid, cloud, and cluster:

In this tutorial, we presented the general idea of cloud, grid, and cluster from a computer networking perspective. Additionally, we explored the core differences between them.