One of the many great features of Spring Boot is the set of built-in actuators. These actuators provide an easy way to monitor and control just about every aspect of a Spring Boot application.

In this tutorial, we'll look at using the metrics actuator to create a self-hosted monitoring solution for Spring Boot applications.

The first part of monitoring Spring Boot applications is choosing a metrics database. By default, Spring Boot will configure a Micrometer metrics registry in every application.

This default implementation collects a pre-defined set of application metrics such as memory and CPU usage, HTTP requests, and a few others. But these metrics are stored in memory only, meaning they will be lost any time the application is restarted.

To create a self-hosted monitoring solution, we should first choose a metrics database that lives outside the Spring Boot application. The following sections will discuss just a few of the available self-hosted options.

Note that any time Spring Boot detects another metrics database on the classpath, it automatically disables the in-memory registry.

InfluxDB is an open-source time-series database. The quickest way to get started with InfluxDB is to run it locally as a Docker container:

Note that this will store metrics in the local /tmp partition. This is fine for development and testing, but would not be a good choice for production environments.

Once InfluxDB is running, we can configure our Spring Boot application to publish metrics to it by adding the appropriate Micrometer dependency:

Additionally, we need to add a new entry to the application.properties file:

Out of the box, the database name is set to mydb, whereas the username and password remain unset.

However, we can override the default values using dedicated properties:

InfluxDB does not provide a native visualization tool. However, it provides a separate tool called Chronograph that works well for visualizing InfluxDB data.

Prometheus is an open-source monitoring and alerting toolkit originally built at SoundCloud. It works slightly differently from InfluxDB.

First, we configure our Spring Boot application to expose a new Prometheus actuator endpoint. We do this by including the micrometer-registry-prometheus dependency:

This will create a new actuator endpoint that produces metrics data in a special format that Prometheus understands.

Next, we have to configure Prometheus to poll our application by adding our desired configuration into a prometheus.yml file.

The following configuration instructs Prometheus to poll our application every 5 seconds, using the new actuator endpoint:

Finally, we can start a local Prometheus server using Docker. This assumes our custom config file is located in the local file /etc/prometheus/prometheus.yml:

Prometheus provides its own visualization tool for viewing metrics that is has collected. It can be accessed at the URL http://localhost:9090/.

Graphite is another open-source time-series database. Its architecture is slightly more complicated than the other databases we've looked at, but with Docker, it's straightforward to run an instance locally:

Then we can configure Spring Boot to publish metrics to our instance by adding the micrometer-registry-graphite dependency:

As well as adding the configuration properties to application.properties:

Like Prometheus, Graphite includes its own visualization dashboard. It is available at the URL http://localhost/. 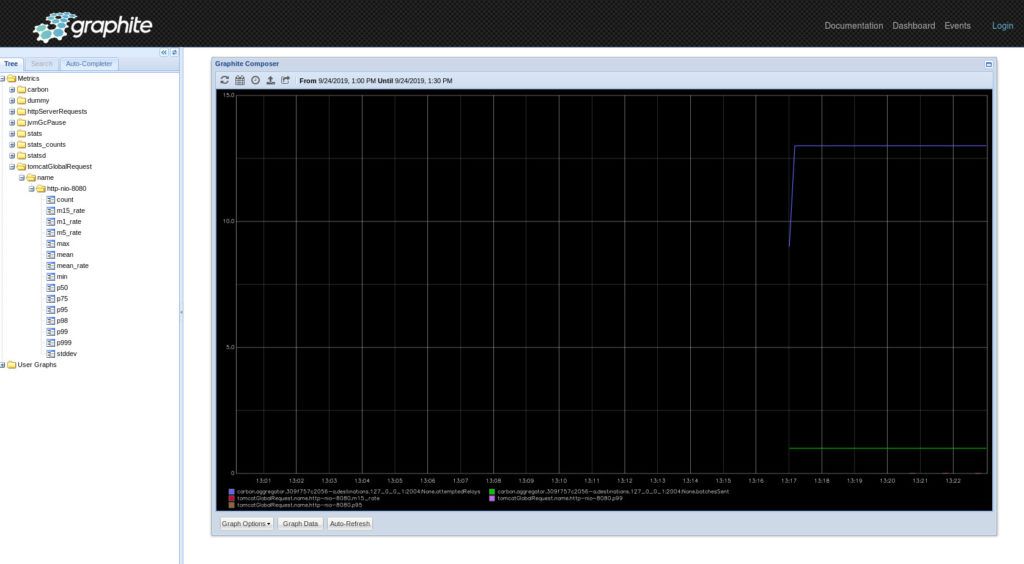 Once we have a solution for storing metrics outside of our Spring Boot application, the next decision is how we want to visualize the data.

Grafana is an open-source analytics and monitoring tool. It can connect to all of the previously mentioned databases, as well as many others.

Grafana generally provides better configuration and superior alerting than most built-in visualization tools. It can easily be extended using plugins, and there are lots of pre-built dashboards that can be imported to quickly create our own visualizations.

To run Grafana locally, we can start it using Docker:

We can now access the Grafana home page at the URL http://localhost:3000/.

At this point, we would need to configure one or more data sources. This can be any of the metrics databases discussed previously or a variety of other supported tools.

Once a data source is configured, we can build a new dashboard or import one that does what we want. 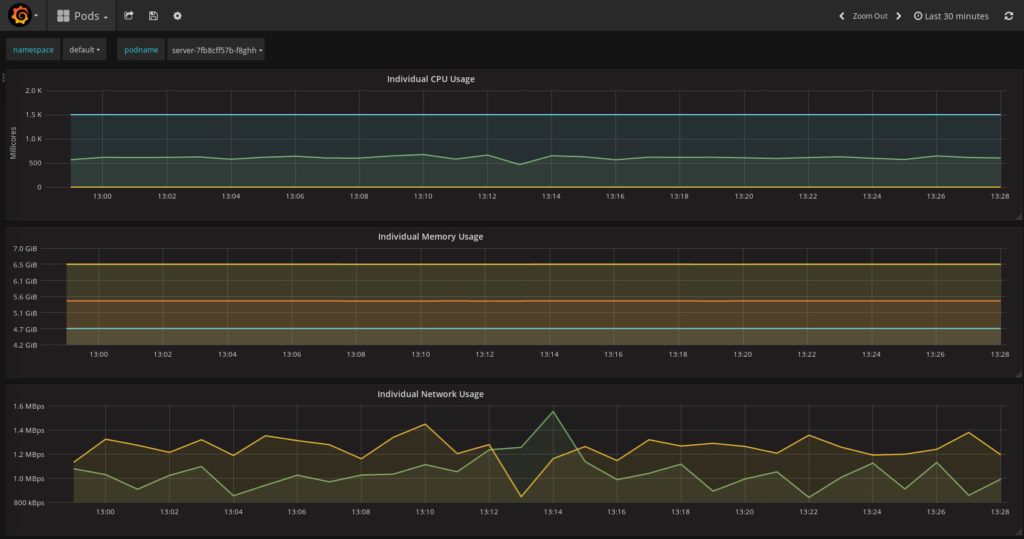 In this article, we have looked at creating a self-hosted monitoring solution for Spring Boot applications.

We looked at three metrics databases that Spring Boot readily supports and saw how to run them locally.

We also looked briefly at Grafana, a powerful visualization tool that can display metrics data from a variety of sources.