In this tutorial, we’ll discuss a few tools and methods to monitor the network usage per process.

NetHogs is a small ‘net top’ tool that allows monitoring network usage of a process running in the Linux system. Most common network monitoring tools break the traffic down per protocol or subnet, in contrast, nethogs groups bandwidth usage by process. So, this tool makes it easy to identify and terminate the programs that have run wild and are suddenly taking up our bandwidth.

NetHogs heavily relies on /proc, hence most features are only available on Linux. There is one subdirectory in the /proc directory for each process running on the system, which is named after the process ID or PID.

In Debian based machines we can:

It is available with other package managers too in other distributions. We can also directly build and install from source on a local machine, but to perform so we should install development dependencies, ncurses for the text-based interface, and libpcap for user-level packet capture.

After the installation, we have to type sudo nethogs or normal nethogs for a root user (it won’t work without root privileges):

This command shows PID, username, process, network interface, and the download and upload speed. In the end, we can see the total traffic sent and received sorted in real-time.

Let’s see an example to make it more clear: 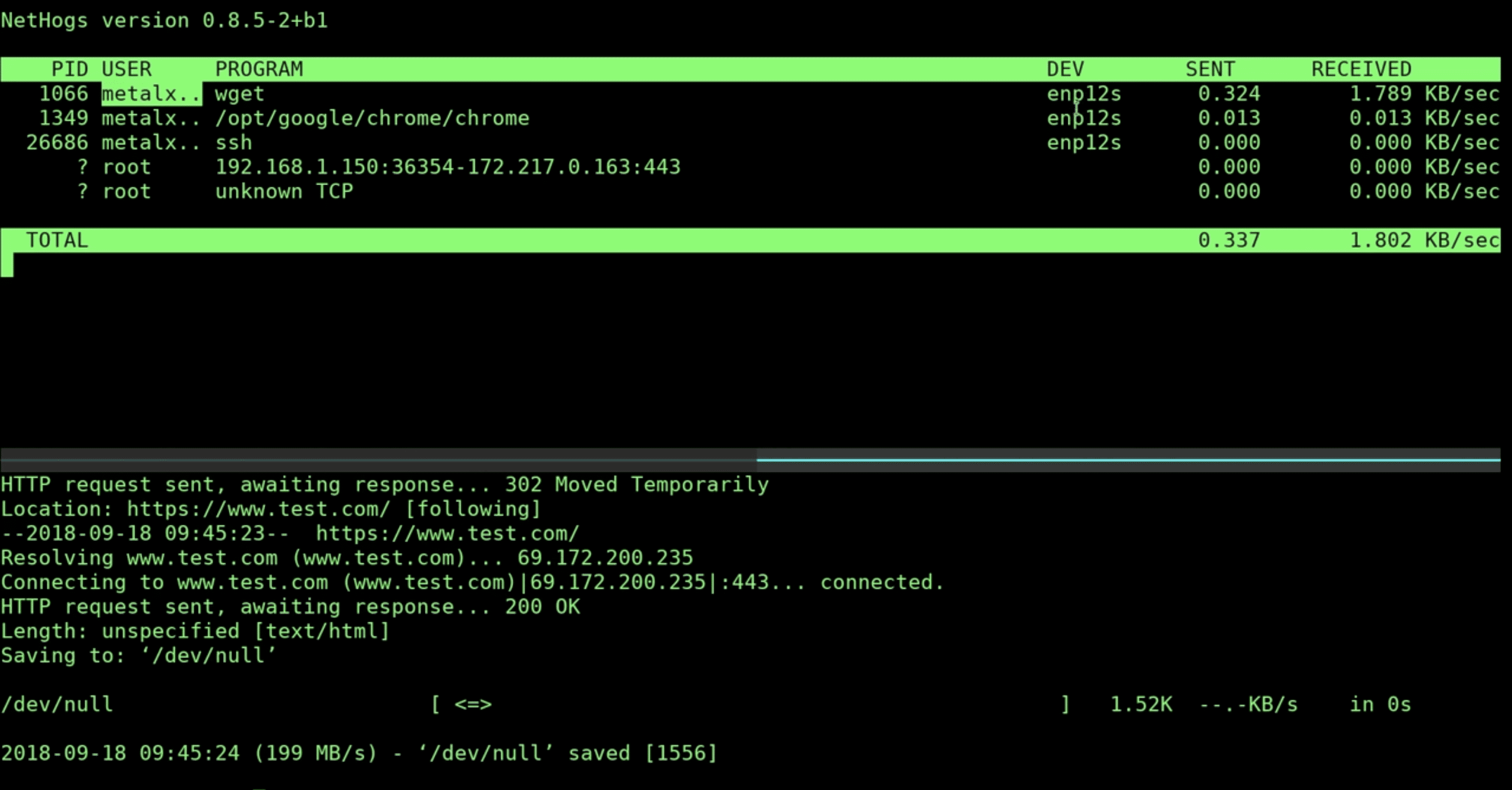 In the above example, when we execute the wget command, we can see that the wget process with PID “1066” is at the top of the list.

We can also use the -i option to detect traffic within a network per interface:

In the above example, we can track traffic on wlan0. We can also view the network bandwidth of both wlan0 and wlan1 with:

Also, we can use the -p option to sniff the traffic in promiscuous mode, although it isn’t recommended:

Similarly, with the -t option, we can see the output in trace mode:

Another commonly used option is the -d option, with it we can provide the rate with which the tool will refresh its stats on the screen. The output is refreshed every second by default, here in the example below, we have set a delay of 3 seconds:

In addition, the tool also has interactive controls:

We can use iftop to locate the TCP/UDP ports on the machine that is receiving the most traffic and then, use another network utility, netstat to locate the process that owns the port.

Before anything else, we should start by installing libpcap and libncurses libraries using our package manager. Then iftop and net-tools (for netstat) can easily be installed using apt, yum, dnf, or any other package manager:

Once installation is done, run the iftop command without any arguments to view the bandwidth usage of the default interface, it might need sudo or root privilege to capture on the device.

Let’s check the network usage with a base command and its output: 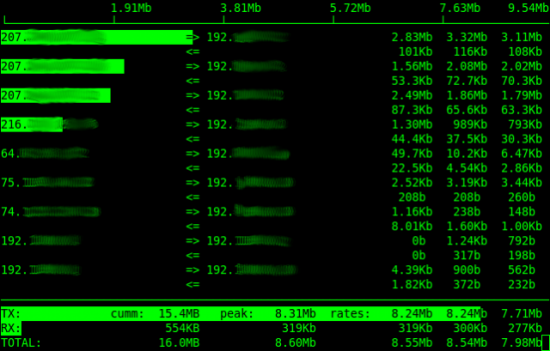 We can specify an interface with the -i option:

This command listens to network traffic on a named interface and displays a table of current bandwidth usage by pairs of hosts. By default, it sorts the connections per usage wise.

We can also use the -p option to view the port number:

This displays the list of connections with their ports. For instance, if a connection on port 5432 is using significant bandwidth, we can easily find out process ID with the netstat command:

Here, as we can see, the process at port 5432 has PID 2357. There are many other techniques as well to find PID from the port, find out more about it here.

In this tutorial, we learned ways to sort processes regarding their network usage with the help of iftop and nethogs. We can reveal the issue and keep network traffic running by identifying processes or ports that are draining much of the network bandwidth.