We, as humans, have several different ways to start a conversation. But, in general terms, any conversation starts with one person demonstrating his own intention to talk. The other person, in turn, returns with interest — or not — in having a conversation, and then the dialogue can go on.

The process to initiate a connection between machines connected in a network is not so different. We have multiple protocols that enable machines to communicate. Some of them are very straightforward to start a communication, such as UDP. Others require a handshaking process, such as TCP.

In the TCP scenario, a machine introduces by requesting a connection. This process involves several tasks actively triggered and passively responded to by the involved machines.

2. A Brief Review of TCP Connections

This opening connection process, in TCP, consists of a three-way handshake. In summary, the handshake process uses SYN and ACK messages to establish communication between a TCP client and a TCP server.

First, the server sends an SYN message to the server. Then, if the server is available, it responds to the client with an SYN-ACK. Thus, the client confirms the SYN-ACK by sending an ACK to the server. Finally, the connection is established, and the machines can exchange data. 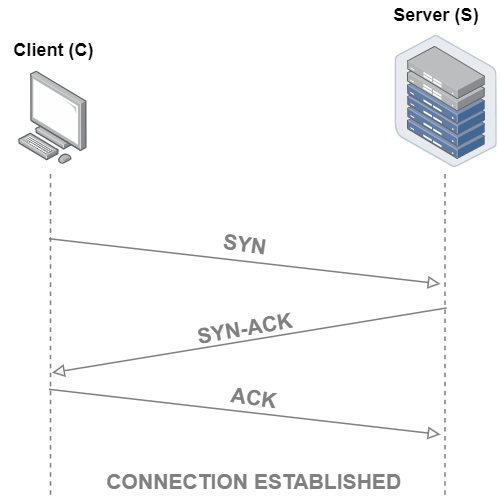 The client/server model is the base of TCP/IP. In this way, opening a TCP connection embraces multiple operations for the client and the server. Relevant operations executed by the clients and servers (or both) after creating a socket are described next: 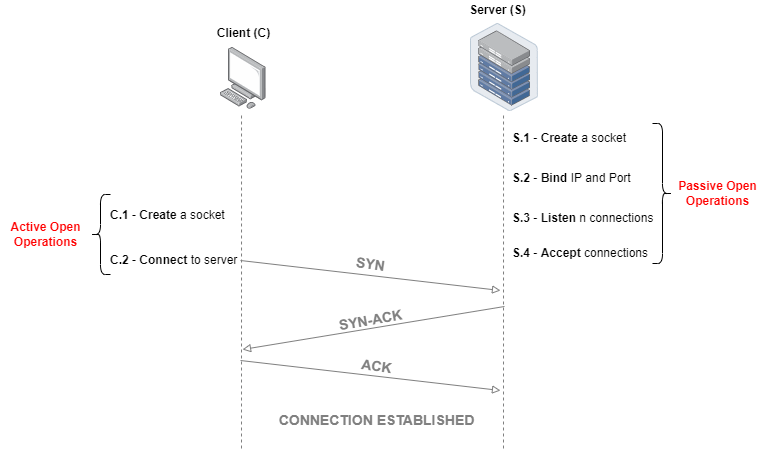 Regardless of passively or actively opening a TCP connection, clients and servers use a Transmission Control Block (TCB) to keep relevant data about the connection.

The TCB on the client-side is quite simple. Since the client already knows his own address and must know the server address to create the connection actively, he can directly define the TCB through this pair of addresses.

Different problems can occur while opening a TCP connection. These problems are mostly related to errors during the transmission of SYN and ACK messages. Let’s see a little bit more about some of them:

In summary, the client is responsible for actively requesting a connection to a server. The operation connect triggers this request by sending an SYN message to an already known server address (IP and port).

The server, in turn, passively waits for connection requests. It is done by executing the operation accept. However, before executing this operation, the server must bind to an address and define the number of connections it will support.

The following table summarizes the characteristics of the active and passive connection openings in TCP:

We can conclude that the passive and active roles to open a TCP connection are fully compliant with the client/server model that bases TCP. In this way, it successfully enables several clients to connect with available servers on-demand and at any moment to execute their tasks.