Handshaking is a typical action that, for example, starts a conversation between people of business. Similarly, our devices/processes execute handshake protocols to establish connections with other devices or processes. In such a way, connected devices can exchange messages with the appropriate parameters and rules agreed by all the parties involved in a specific communication.

In this article, we’ll study the general concepts of two-way and three-way handshake. Thus, our final goal is to learn how these handshaking protocols typically work, their benefits, and their shortcomings.

In simple terms, connecting parties with a handshaking protocol means defining how the communication will occur. Specifically, handshaking can establish, before full communication beginning, the protocol for exchanging messages, data encoding, and maximum transfer rates.

Several applications require handshaking. Next, we briefly describe how this process executes for particular applications:

The two-way handshake is a simple protocol to create a connection between two parties that want to communicate. In order to do that, this protocol uses synchronization (SYN) and acknowledgment (ACK) messages.

Briefly, an SYN message requires a connection and informs the other party of a sequence number to control the data exchange. In practice, the TCP sequence number is a counter of bytes passing on a particular stream. ACK messages, in turn, are employed to confirm receipt (using the sequence number) of incoming messages. 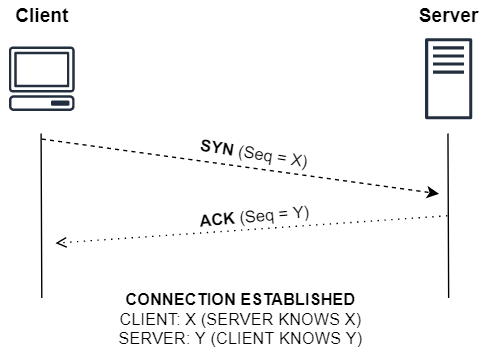 The figure below shows the outlined problem: 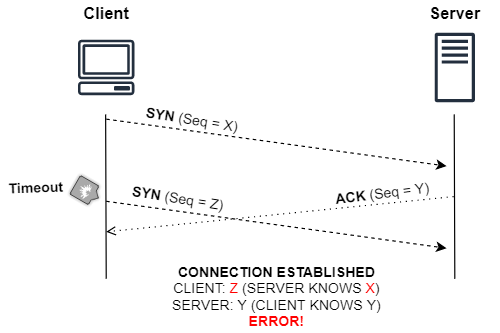 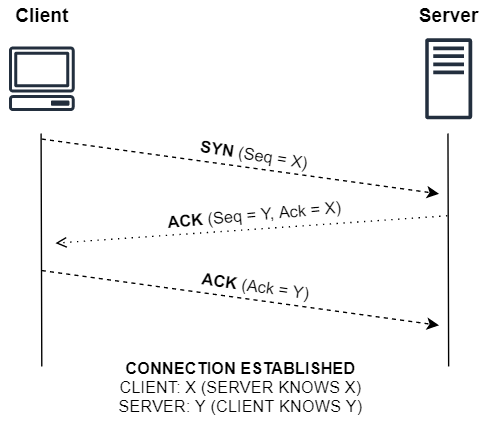 Since they establish reliable message exchange between two parties, we can conclude that handshaking protocols are crucial resources of current networked communications.