A regressor is a statistical term. It refers to any variable in a regression model that is used to predict a response variable. A regressor is also known as:

We use all of these terms depending on the type of field we’re working in: machine learning, statistics, biology, and econometrics.

Let’s take a look at regression analysis to get a better understanding of the regressor.

A regression analysis allows us to infer or predict a variable on the basis of one or more other variables. Let’s say we want to find out what influences the salary of people: 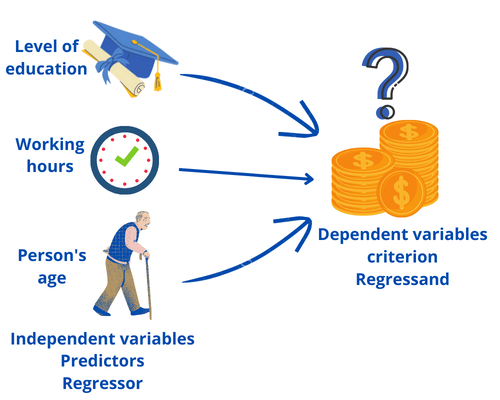 Regression analysis can be used to achieve two goals. Let’s take a look at these goals.

3.1. Measurement of the Influence of Variables

So, the first goal is the measurement of the influence of one or more variables on another variable:

The second goal is the prediction of a variable by one or more other variables:

4.1. Linear Regression With One Regressor

Simple Linear Regression is a linear approach that plots a straight line within data points in order to minimize the error between the line and the data points. It is one of the most fundamental and straightforward types of machine learning regression. So, the relationship between the regressor and regressand is considered to be linear. Let’s take a look at the simple linear regression model:

and a regressand on the 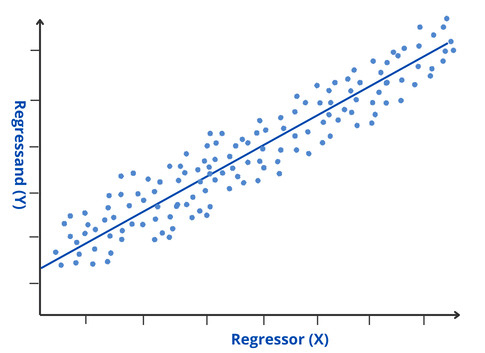 Let’s take a look at how the number of hours studied affects exam scores. So, we collect data and build a regression model:

Let’s see a bloc representation of the model:

As we can see, our model has only one regressor:

. The coefficient for this regressor indicates that for every additional

increases by an average of

Let’s take a look at what elements may influence total crop yield (in pounds). So, we collect data and build a regression model:

This model has two regressors: Fertilizer and Soil. Let’s see a bloc representation of the model: 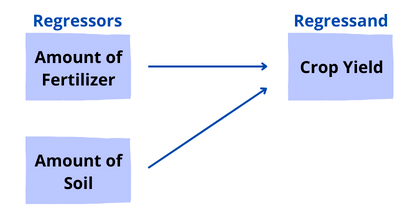 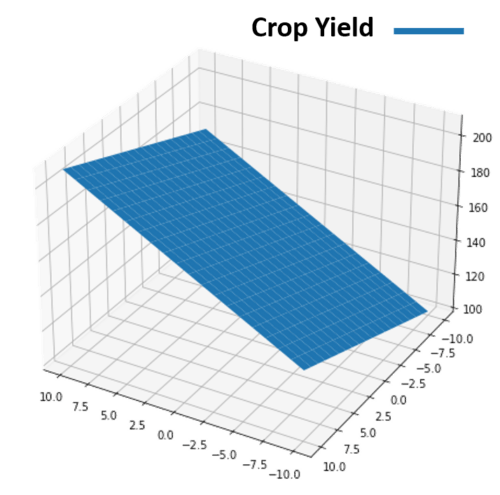 In machine learning, regression models are trained to understand the relationship between various regressors and a regressand. The model can therefore understand several factors that may lead to the desired regressand.

Let’s take a look at some applications for machine learning regression models:

In this article, we’ve explored the terms regressor and regressand. We’ve also gone over the regression analysis and its types. Then we’ve used examples to unlock their mechanism.