In this tutorial, we’ll briefly define two ambiguous terms, process and thread. After that, we’ll look at the differences between them.

A process is the execution of a program. It includes the program itself, data, resources such as files, and execution info such as process relation information kept by the OS. The OS allows users to create, schedule, and terminate the processes via system calls.

A thread is a semi-process. It has its own stack and executes a given piece of code. Unlike a real process, the thread normally shares its memory with other threads. Conversely, processes usually have a different memory area for each one of them.

3. Differences Between Processes and Threads

Although there is no reason to think that threads and processes are separate entities, some specific properties of these two entities make them differ from one another. We can see a brief relation between processes and threads: 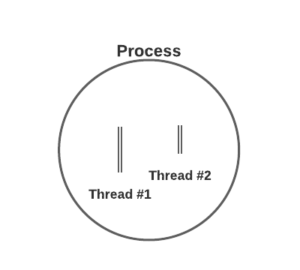 3.1. Some Specific Characteristics of Processes

Processes are unique in that they don’t share data and information; they’re isolated execution entities. In short, a process has its own stack, memory, and data.

In order to create more than one process, we need to use separate system calls. Additionally, more system calls are required for process management.

Finally, to cooperate with more than one process, we need to use Inter-Process Communication (IPC) mechanisms. This situation leads to an increase in the number of system calls as well.

3.2. Some Specific Features of Threads

Unlike processes, threads share data and information. They do, however, have their own stack.

We can create more than one thread by using just one system call. To further simplify things, thread management requires few or even no system calls because we don’t need extra mechanisms such as IPC to maintain communication between threads.

3.3. Key Differences Between a Process and a Thread

4. Advantages and Disadvantages of Using Threads Rather Than Processes

A thread group is a set of threads executing inside the same process. As we mentioned earlier, they share the same memory; therefore, they can access the same global variables, the same set of file descriptors, and the same heap memory.

All of these threads execute in parallel. The use time slices or, if the machine has more than one processor, then truly in parallel.

One of the advantages of using a thread group instead of a process group is that many operations can be performed in parallel. This allows events to be handled as they arrive.

Let’s look at the relation and differences between processes and threads: 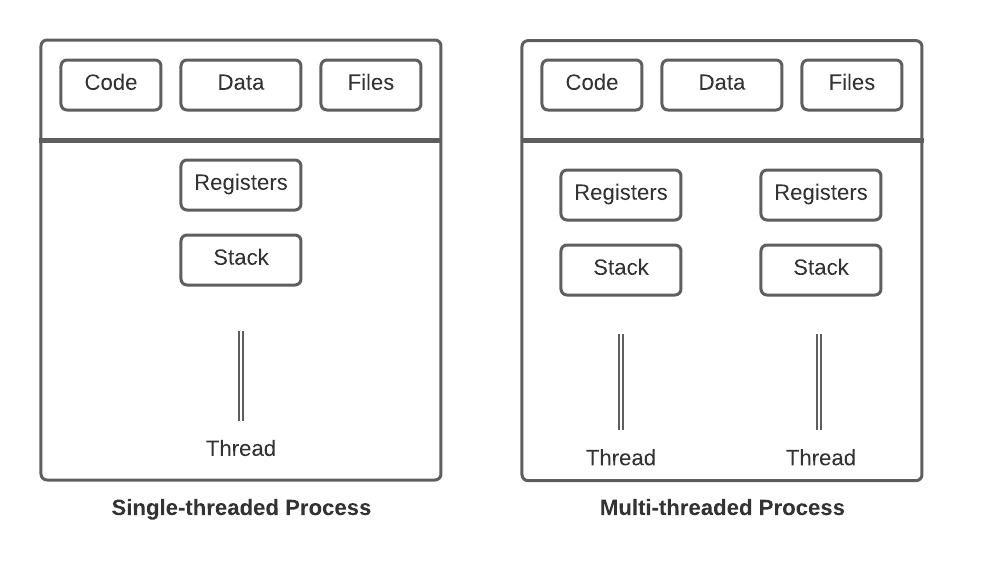 Another benefit of using processes over threads is that they can run on different machines. On the other hand, threads normally have to run on the same machine.

In this article, we explained the essential terms process and thread. We discussed the differences between these two fundamental entities regarding concurrency and parallelism.