Before we proceed, let’s take a look at the two key definitions: minimum spanning tree and shortest path.

Given an undirected weighted graph, a minimum spanning tree (MST) is a subgraph that connects all the vertices with the lowest possible sum of its edge weights.

Let’s depict it with an example: 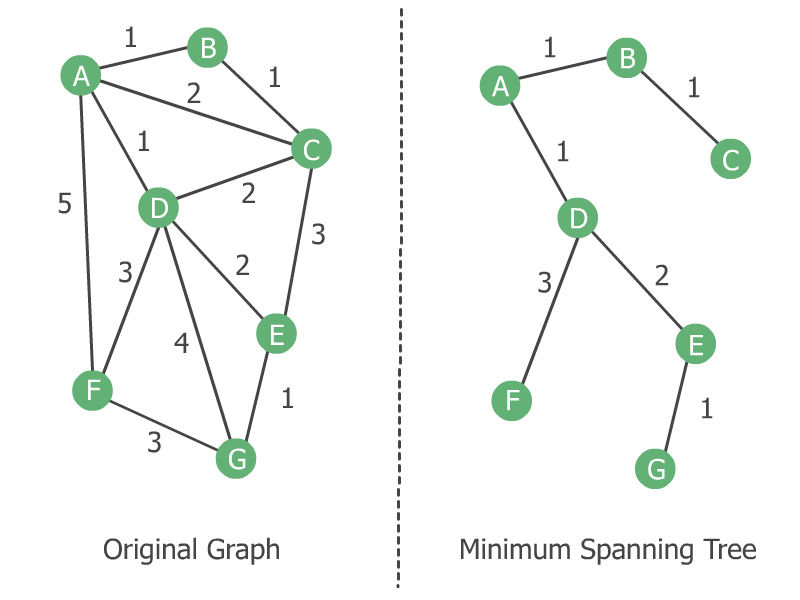 On the right side, we have the MST of the graph on the left. Note that an MST always contains all vertices of the original graph.

Given a weighted graph, the shortest path (or geodesic path) between two vertices is a path with the lowest possible sum of edge weights.

Let’s find the shortest path from A to G in our graph: 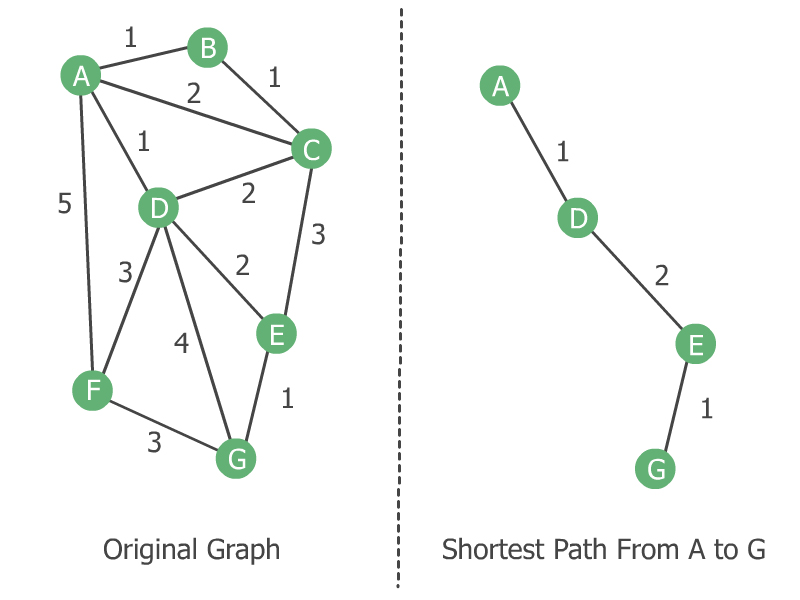 As you can see in the above image, a shortest-path tree may not contain all vertices of the original graph.

In the computation aspect, Prim’s and Dijkstra’s algorithms have three main differences: