In this tutorial, we’re going to learn about two algorithms that can be used to merge two binary search trees. Also, we’ll discuss the complexity a.k.a Big O of these algorithms. The complexity of an algorithm is extremely important as it measures the amount of time and space required to run the algorithm.

There are two binary search trees (BST1 and BST2) in the following image. The merging of these two trees will produce merged BST as shown below: 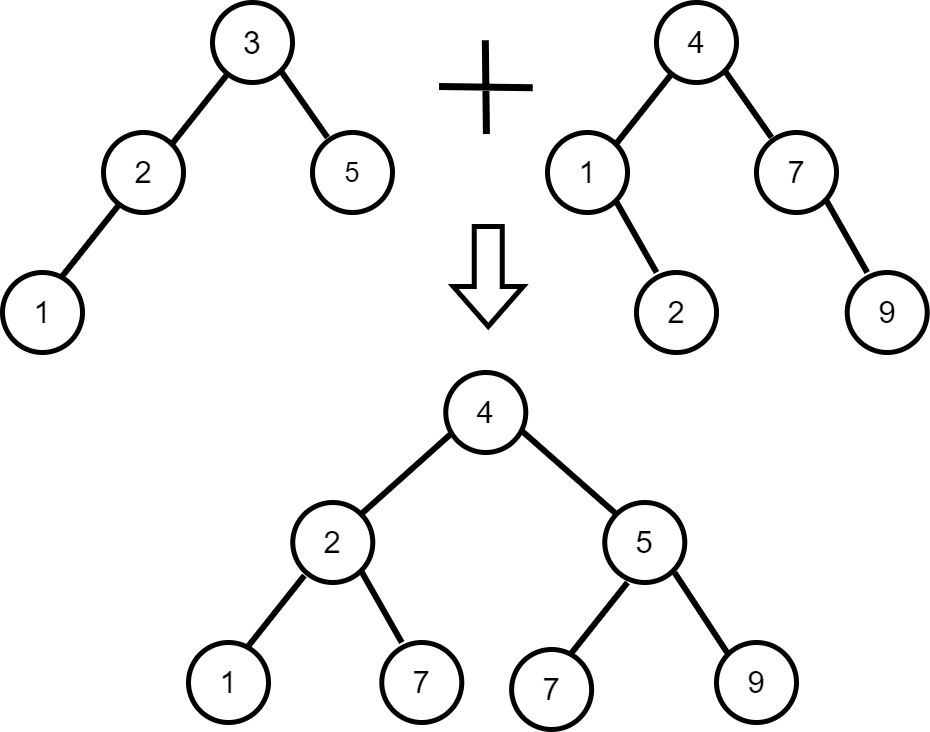 Merged BST has all the elements of BST1 and BST2 and maintains the characteristics of a binary search tree.

In this algorithm, the main idea is to move the elements of both BSTs to an array, sort and form the merged BST.

This algorithm has the following 3 primary steps:

Since it increases with the size of the dataset, the complex it of step 1 is

are being the size of the BSTs that are merged.

The time complexity of step 2 depends on the type of the sorting algorithm used, it’ll be

if it’s bubble sort and

We need to store all elements in the array, so the space complexity of the step is

The algorithm can be describe as follows:

In this solution, we traverse the elements for both BSTs simultaneously and moved to the merged array.

This algorithm also has the following 4 primary steps:

as the complexity increases with the size of the dataset.

The time complexity of step 3 is

. The space complexity of the step is

is the size of the dataset after arrays are merged.

The time and space complexity of step 4 is

In this article, we looked at two possible solutions that can be used to merge binary search trees. Also, we identified the time and space complexity of each.