In this tutorial, we’ll discuss the knight’s shortest path problem on a chessboard. Furthermore, we’ll explain the problem statement and provide an efficient solution.

chessboard, we want to find the minimum number of steps for a knight to reach a destination position

from a source position

. Here, the source and destination position of the knight on a chessboard is known.

Now let’s take a look at the possible movements of a knight from a random position on a chessboard: 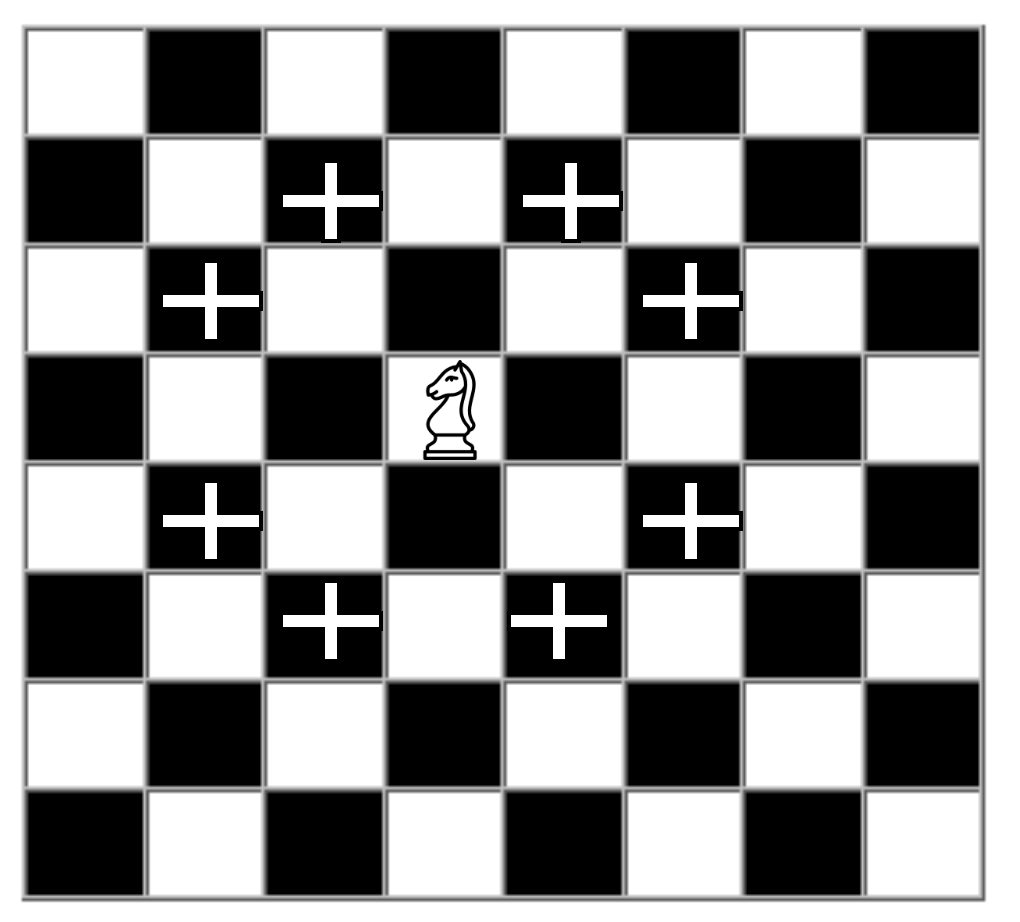 In order to solve this problem, first, we’ll convert the chessboard to a knight’s graph: 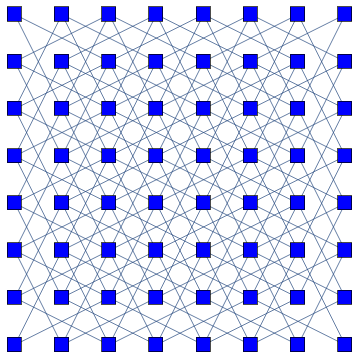 In a knight’s graph, each box on a chessboard denotes a vertex. Each vertex corresponds to the position of a knight on a chessboard. Each edge represents a legal move of a knight. Hence, we can apply any searching algorithm to find the shortest path from one point to another in order to solve the knight’s shortest path problem. We’re using Breadth-First Search (BFS) algorithm here.

Initially, we’ll position a knight randomly on a chessboard. From the initial point, we’ll aim to explore all possible

positions. If all the possible positions which can be reached from the initial position are not visited, we enqueue this state into a queue. Moreover, we increase the number of moves by

from the last state in the queue.

We’ll continue until we reach the destination position or explore all the possible positions on a chessboard.

Let’s look at the pseudocode now:

are two direction arrays that denote the change in the X-direction and the Y-direction. Furthermore, we created a queue

and pushed the knight’s initial position

Initially, we created an array

to decide whether a given position on a chessboard is already explored or not.  In the beginning, we initialized it to

in order to depict all the positions are unexplored. When we start the iteration, we make the knight’s initial position in the

Moreover, we used an array

in order to store the number of steps required for a knight to reach the destination position. We run the algorithm until the queue is empty or the destination is reached.

To check whether a given position is inside the chessboard or not,

function is defined. Here is the expansion of

, the time complexity of this algorithm will be

In this tutorial, we discussed the knight’s shortest path problem on a chessboard. We presented a BFS based approach for solving this problem with pseudocode.