Finally, we’ll study the benefits of user authentication and authorization and navigate towards real-world examples of the concepts.

Authentication and authorization might sound similar, but they are separate security processes in the IAM system. The first element is identity, verifying that a user is a person they claim to be (authentication). The second is access, which involves determining which users can access which resources inside a network (authorization). The major differences are:

Authentication is about having suitably secure mechanisms in place to be able to confirm whether an individual or online user is who they say they are. This defines rules about security information acceptance and decides whether a credential is forwardable to process further. Following are the commonly used mechanisms for authentication.

SFA is the simplest form of authentication method where the application implements a simple username and password check. With SFA, an application matches one user credential such as a password for a given username as shown in the following diagram: 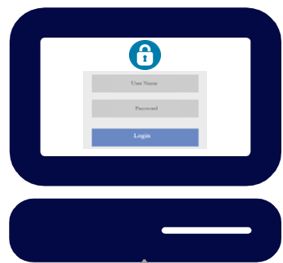 In this authentication process, we look for an identity provider to authenticate a user to get access to an application.

Let’s look at an example for better understanding. Suppose we have the following diagram: 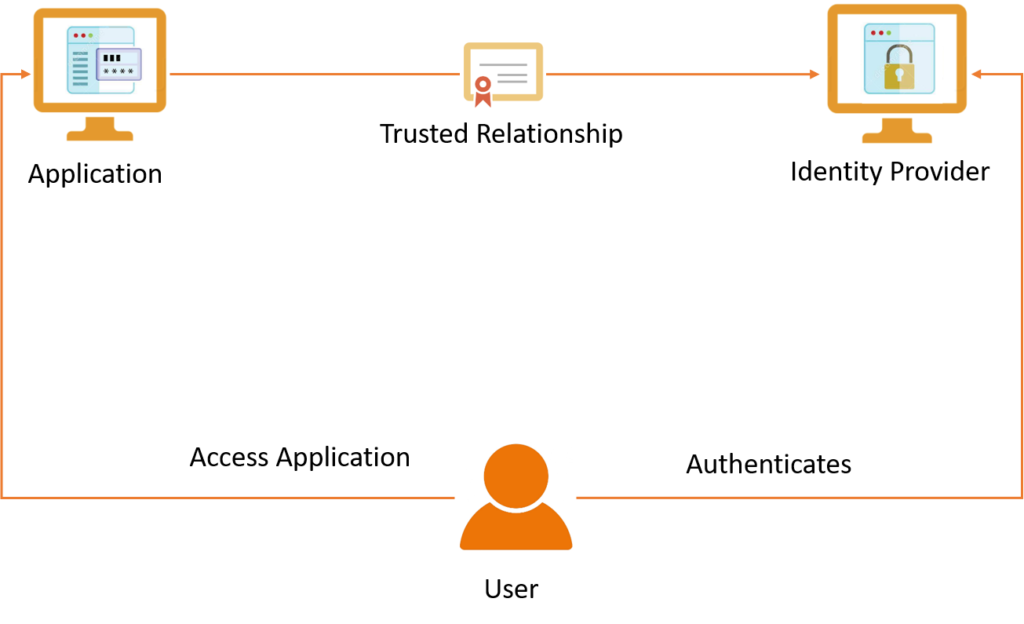 MFA requires users to provide multiple proofs of their claimed identity. Let’s look at an example for better understanding using the following diagram:

User can complete an authentication process through a combination of any two or all of the following methods:

The User Credential method consists of a username and a password. The user needs to enter them correctly at the login page of the application.

The Authentication from own device method leverages the fact that people are nearly always in arm’s reach of their mobile device and email. A one-time pin (OTP) is sent by the application for only one session or transaction to the user’s mobile as a short messaging service (SMS) and email. On the verify OTP page of the application, the user will enter the OTP for verification.

The Biometrics method refers to using a physiological characteristic such as finger scan, eye (retinal, iris) scan of the user to complete verification. This requires a specialized application on the user’s mobile.

Instead of manually entering the User Credential to an application, the asymmetric Access Keys method provides a secured way to send the same information to a remote application. We’ll explain how access keys work using the following diagram:

Asymmetric cryptography or public-key cryptography uses a pair of matched keys – a public key and a private key. The access key method uses a public key to encrypt (lock) a message. The encrypted message can only be decrypted (unlocked) by the corresponding private key. A private key (secret) is kept securely in possession of the key generator (client).

A private key is complex and remains in possession of the key generator only. The private key is difficult to copy, hence the asymmetric access key ensures the identity of the user.

Authorization involves the process of providing access to system resources based on a specific set of rules. At this stage, the user should already be identified and authenticated. IAM implementations are often complex and customized for every individual organization using them. Let’s look at the following diagram for a better understanding: 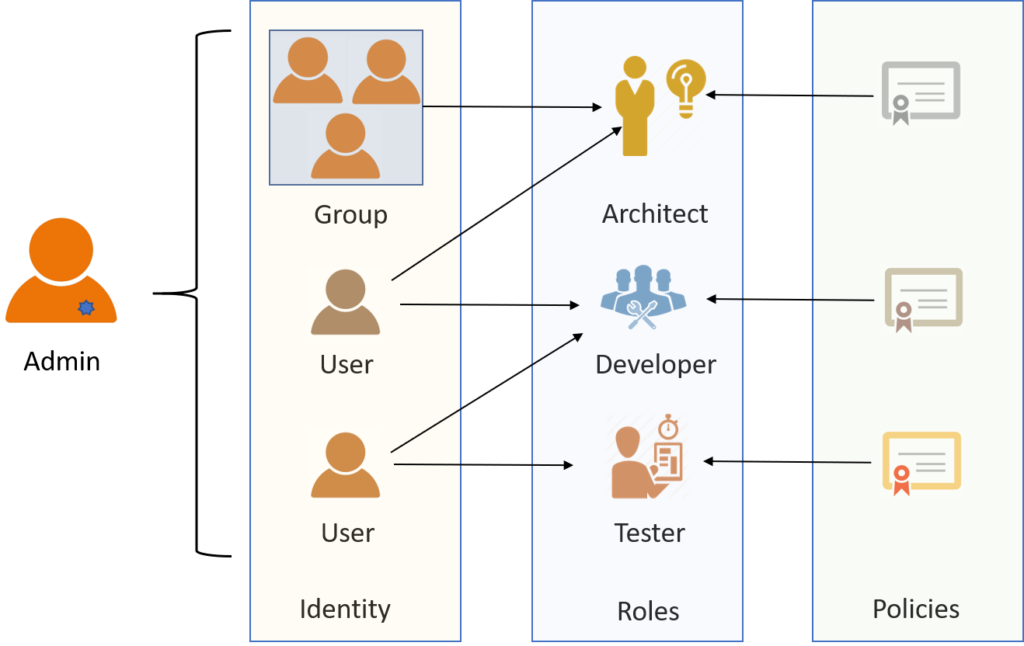 Authorization mechanism enables security system administrators (admin) to specify user (identity) access rights and privileges. The access right means what a user can access, and it is according to the roles. Roles are associated with a category or grouping of users that perform the same set of business functions. One user can have multiple roles.

For example, the same person can work as a developer and a tester. The user role has certain privileges for the actions they can perform. This is governed by a set of rules, called policies. Defining a set of rules (policies) for authorization is complex because sometimes the requirements are tied with business logic that affects performance.

Specifically, the admin controls authorization of user activity by:

The benefits of the implementation of authentication and authorization are improved security and information sharing. It also identifies and mitigates security risks. Authentication protects information from possible leaks, keeps an eye on accounts. It prevents cybercriminals from gaining access and makes it more difficult for hackers to crack user credentials. It also helps to catch unauthorized activity at an early stage.

Authorization provides centralized access control and lowers the chances of data breaches. Also controls what users can see and do. Further, ensures that a user only has access to what they need. It improves user experience, achieves regulatory compliance, and reduces IT costs.

Besides the above, implementation of the IAM system provides a common platform with ease of use and productivity gains.

In this article, we studied two security concepts: authentication, and authorization.

The selection of the type of the correct authentication and authorization method depends on the task we’re performing. It’s appropriate when we’re working on a new system deployment to test some alternative mechanisms and see which one leads to better protection from malicious attacks.

We can refer to a simple SSH application code in Node.js or how to make programmatic calls to AWS to get an idea of authentication and authorization implementation. An article on the Java Authentication and Authorization Service (JAAS) provides a detailed example of both concepts.

Finally, the selection of a specific technique for a given assignment is, therefore, case by case, and we should try some of the mentioned techniques to find out which one works best.