In this tutorial, we’ll look at different ways to increase the scrollback buffer on a GNU screen session.

The screen command-line tool is a Linux command that multiplexes a single terminal into several pseudo terminals. On each screen session, the scrollback buffer is limited to a default value of 1024 lines. In other words, without configurations, we cannot scroll back further than 1024 lines of output in a screen session.

We can verify the scrollback buffer value of the current session we are in using the command CTRL+A followed by the key i.

Once we’ve entered the command, a small pane will pop up at the bottom left of the screen with a series of numbers. Then, we can read the scrollback buffer value as the number to the right of the first + sign:

As we can see, our current scrollback buffer is at 1024 lines. So let’s look at how we can change the number using different methods.

Once we’re in the command input mode, we’ll see a colon prompt appear at the bottom left of the screen: 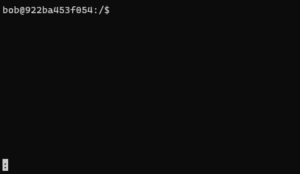 To verify that the command has indeed taken effect, we can check the scrollback buffer value using the CTRL+A and i key:

One downside to this method is that the change only affects the current session. In other words, any subsequent session we create will still have its scrollback buffer set to the default value.

Let’s look at an alternative method that allows us to change the default value permanently.

Another way of changing the scrollback buffer is by appending the line defscrollback <value> in the .screenrc configuration file.

Whenever the screen command launches a new window, it will consult the configuration set in .screenrc. Therefore, by setting the default scrollback value in the .screenrc file, we can configure all the new sessions’ scrollback values.

For example, we can change the default scrollback value to 5000 by appending defscrollback 5000 to the .screenrc file:

We can then launch a new screen session and verify that its scrollback value indeed defaults to 5000 lines.

In this tutorial, we first learned that the screen command places a limit on how far back we can scroll on every session. Then, we’ve seen how we can interactively increase the scrollback buffer on the current session. Finally, we looked at configuring the .screenrc file with the defscrollback directive to change the default scrollback buffer for all the new sessions.