In this tutorial, we’ll discuss the difference between internal and external sort.

2. Difference Between Internal and External Sort

If the data sorting process takes place entirely within the Random-Access Memory (RAM) of a computer, it’s called internal sorting. This is possible whenever the size of the dataset to be sorted is small enough to be held in RAM.

For sorting larger datasets, it may be necessary to hold only a smaller chunk of data in memory at a time, since it won’t all fit in the RAM. The rest of the data is normally held on some larger, but slower medium, like a hard disk. The sorting of these large datasets will require different sets of algorithms which are called external sorting.

Following are few algorithms that can be used for internal sort:

It’s a simple sorting algorithm that repeatedly steps through the list, compares adjacent elements, and swaps them if they’re in the wrong order. More about it can be found in another article:

The algorithm loops through the list until it’s sorted: 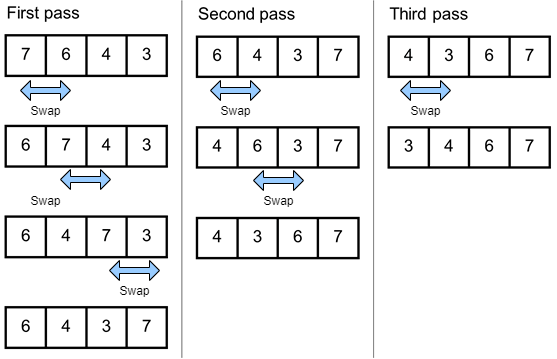 This sorting algorithm works similarly to the way to sort playing cards. The dataset is virtually split into a sorted and an unsorted part, then the algorithm picks up the elements from the unsorted part and places them at the correct position in the sorted part as shown below: 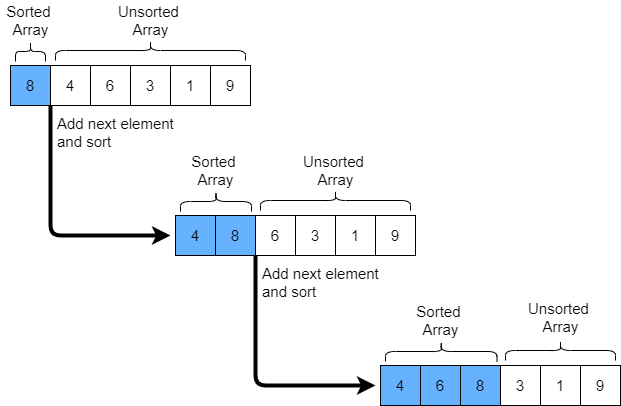 Please check our article to learn more. The space complexity of all these algorithms is O(

) which means that the space requirement goes up with the size of the dataset.

The following diagram has the high-level data flow to sort a large dataset of 50 GB using a computer with RAM of 8GB and Merge Sort Algorithm: 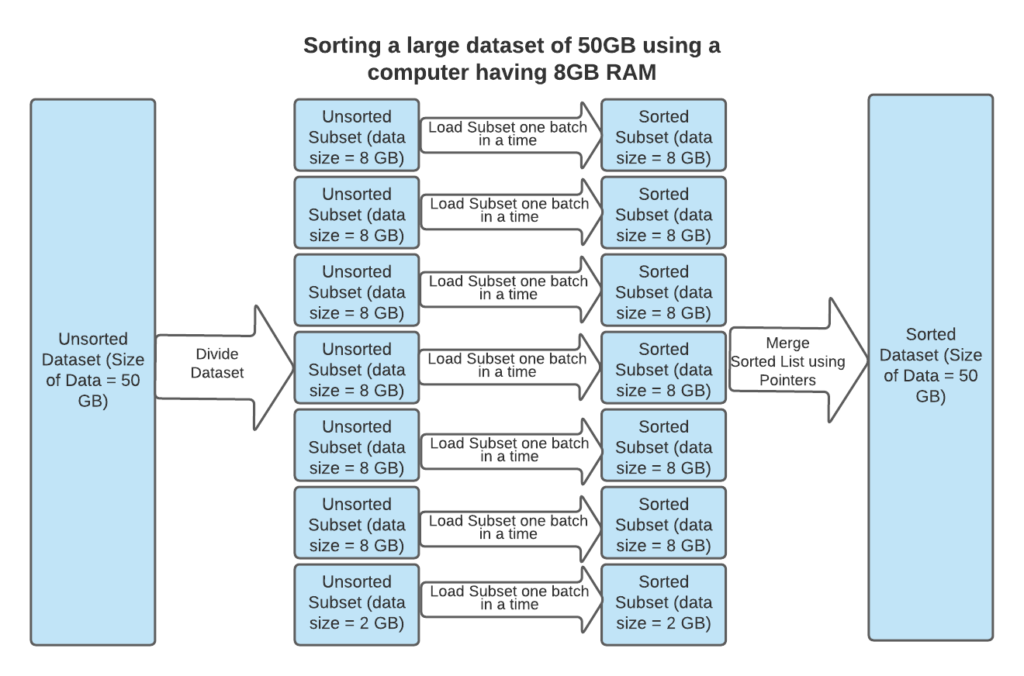 It contains the following steps:

4.2. Step by Step Using an Example

We’re assuming that the computer can store 10 elements.

The first step would be to divide the dataset into 3 subsets and they’re loaded in an external disk.

Initialize the 3 pointers (one each input subsets) and 1 for output. Pointer for 1st Subset, 2nd Subset, and 3rd Subset is 1. Also, the pointer for the output dataset is 1.