Sockets are communication endpoints that enable interprocess message exchanging in a generic system. There are several operations available to control the lifecycle of a socket, for example: open, bind, send, receive,  shutdown, and close.

In this article, we will take a look at the differences between shutdown and close while understanding how each operation works.

2. A Brief Review of Sockets

Sockets are networking software tailored to provide communication among processes. At present, the core network mostly structures over the TCP/IP model. In this context, a socket is typically called a network socket or Internet socket. We highlight that processes communicating over sockets can execute in the same machine (local system) or different machines (distributed system).

A socket is at the application layer taking into the TCP/IP model. Relatively, in the OSI Model, a socket locates at the session layer (layer 5). At last, three categories can define a network socket: 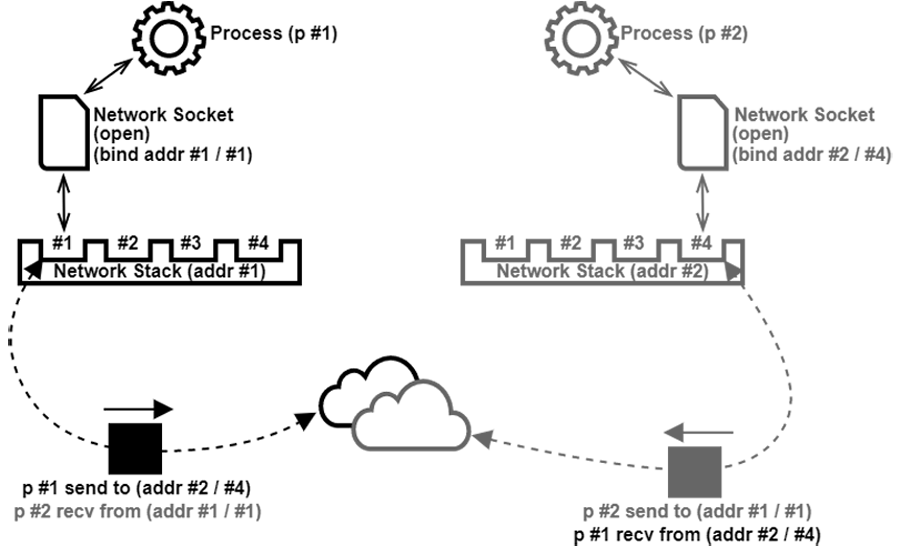 We should note that, at some point, the communication between processes may end.

The SHUT_RD mode blocks the socket from further receiving messages. So, pending data included in the socket’s buffer (i.e., not delivered) is still readable by the process that uses it. But, after reading the pending data, new attempts to read the socket will exclusively return zero-sized messages. Finally, we highlight that the execution of a shutdown SHUT_RD operation does not disable the sending function of a socket

The SHUT_RDWR mode blocks the socket from both sending and receiving messages. Similar to the other shutdown modes, the shutdown SHUT_RDWR operation does not destroy the socket. Thus, for example, a connection of a stream socket is not terminated. But, messages involved in sending and receiving operations do not reach their destination. This operation mode has a comparable result to executing both SHUT_RD and SHUT_WR shutdown operations sequentially

The image below summarizes the behavior of the shutdown operation according to its execution modes: 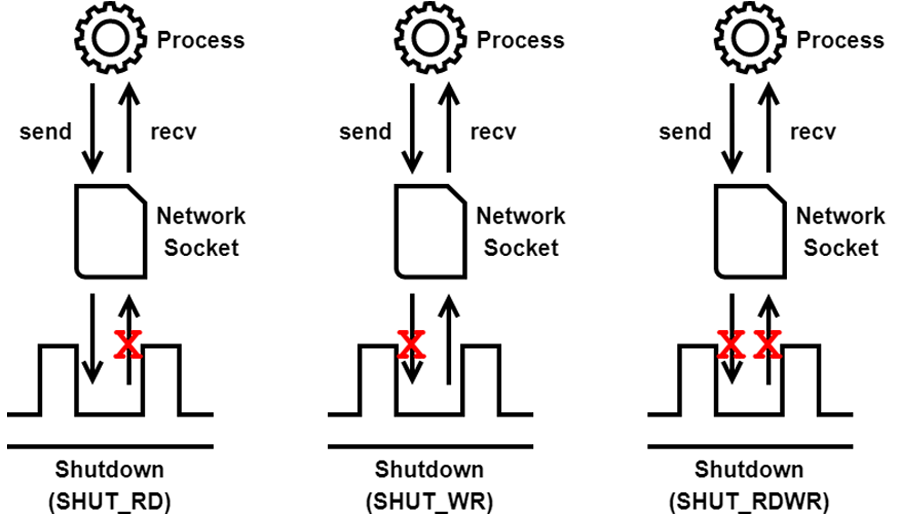 The close operation blocks the communication of a socket and destroys it. In other words, closing a socket represents terminating its connections (if there are any) and then close the file descriptor that enables the message exchanging. In this way, after executing a close operation, the process can neither read either write the socket. Thus, any attempt to operate on a closed socket will raise an exception to the process: 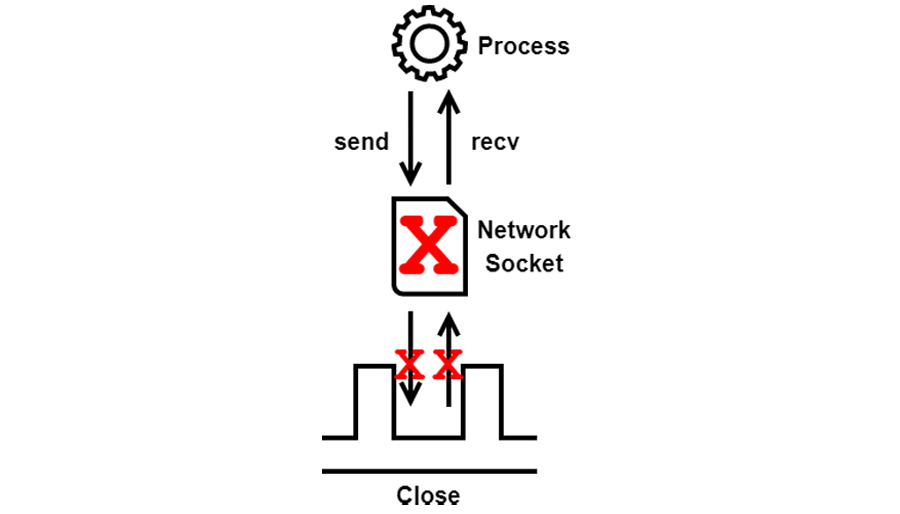 In this article, we reviewed the main concepts of sockets and recalled their operational behavior. Next, we studied the shutdown and close operations applied to sockets.

We can conclude that, albeit having similar characteristics, the execution of a shutdown operation does not destroy a socket; instead, it just limits its communication capacities according to the operation mode. Executing a closing operation, in turn, ends the connections of a socket (if any), and also closes its file descriptor, finally destroying the socket.