In this tutorial, we’ll talk about the problem of merging two max binary heaps.

First, we’ll define the problem and provide an example to explain it. Then, we’ll present a solution for this problem and work through its implementation and time complexity.

, and we want to merge them into a single max heap

. Recall the max binary heap is a binary tree where each node in this tree has a value greater than all the nodes’ values in its subtree.

Let’s take a look at the following example for a better understanding, Given two max binary heaps

in array representation. Recall we can represent a binary tree in an array format where the node with index

has its left and right children located on

After merging these two max binary heaps, we’ll get the following one: 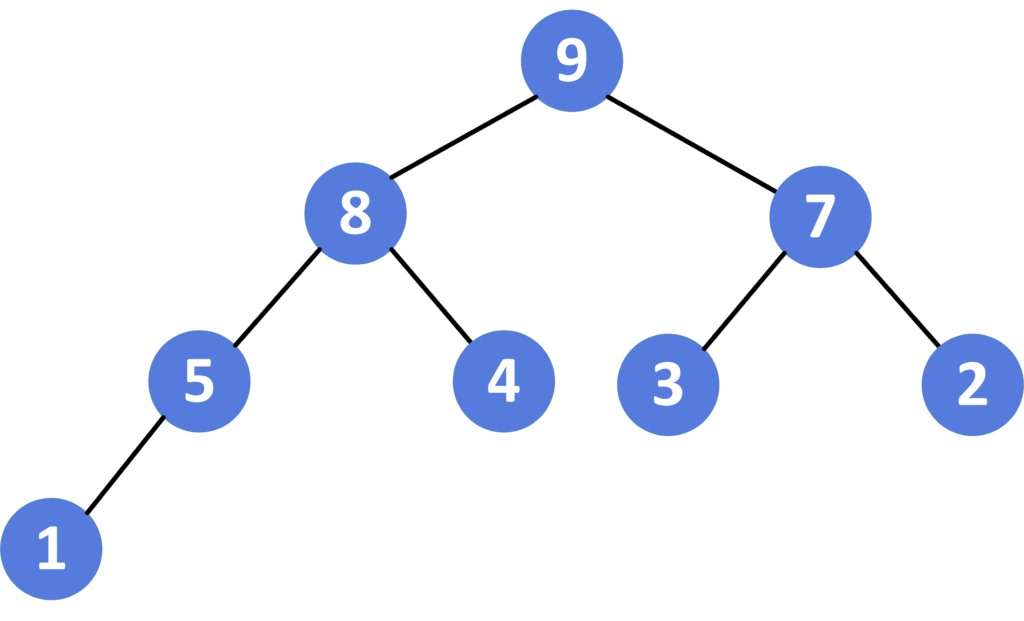 The main idea is to merge the array representation of the given max binary heaps; then we build the new max heap from the merged array.

First, we fix one of the given max heaps as a solution. Then, we’ll append the elements of the other max heap to it. Second, we’ll build a max heap on the merged array.

Finally, the max heap will be the merged version of the two given max heaps.

Initially, we have the recursive function

that will rearrange the elements of a given array to make the heap valid. The function will have two parameters: the array of the heap we want to build

and the current position

children of the current node, which will be equal to

, which represents the index of the node that has the maximum value.

Second, we check if there’s a

node. If there’s one and its value exceeds the current max node, we update the

. Also, we do the same for the

Finally, we check if

isn’t equal to the current

, which means there’s a child of

node with a value greater than its value. If so, we swap them to make the heap valid and call our function to the new

to check if it’s still valid.

function that will return the merged max heap from the given two max heaps. The function will have two parameters, the first and the second max heaps.

that will store the array representation of the merged version of the given max heap. Initially, it’s equal to the first max heap

Second, we iterate over the elements of the second max heap’s array

and append each element to the

Third, we iterate over the nodes of the current heap in bottom-up order and call

to fix the invalid nodes that don’t meet the definition of max heap.

The time complexity of this approach is

is the number of vertices of the first heap

is the number of vertices of the second heap

. The reason behind this complexity is the same as the complexity of building a max heap.

The space complexity here is

. since we’re storing the vertices of the new heap.

In this article, we discussed the problem of merging two max binary heaps. We defined the problem and provided an example to explain it.

Finally, we provided a simple approach to solve it and walked through its implementation and time complexity.