When selecting a database system, we’ll often see them described as ACID or BASE.

In this tutorial, we’re going to see what BASE means so we can better understand how it affects our choice of database systems and thus our applications.

CAP Theorem – also known as Brewer’s Theorem, after Eric Brewer, who developed it – is a computer science theory describing guarantees about how distributed database systems can operate. It states that any database system can never guarantee all three of the following: 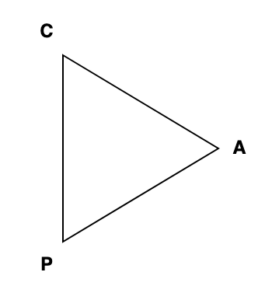 where any distributed database system will always be described as a position on this triangle.

This means that it’s never possible for a distributed database system to achieve all three of these guarantees – the best we can ever do is to achieve two of them: 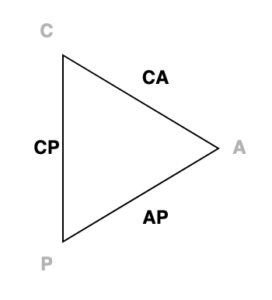 As such, a non-distributed database can simply ignore partition tolerance – since it’s irrelevant – and strive to achieve the other two guarantees. Only in a distributed database, where there are multiple nodes, do all three of the guarantees have enough meaning for the CAP theorem to be relevant.

However, a distributed database can’t ignore partition tolerance. As such, they get to choose between Consistency or Availability.

In total, this describes a system that will do its best to guarantee that all queries will get a successful result, but at the cost that this result might at times reflect a slightly stale version of the data.

What this looks like in reality will vary between different database systems. In general, we can probably expect that all data is stored on a number of different database nodes. This will then mean that every time data is updated, the changes will eventually propagate to all the appropriate nodes. This in turn means that all reads are highly likely to either hit a node that has a copy of the data already or else have access to another node that does.

However, this has the effect that there is a window of time between data being written to the original node and propagating to others. That means it’s possible for a read operation to come to a node that has a stale version of the data – because the newly updated version hasn’t propagated to it yet.

4. How Does BASE Relate to CAP?

Now that we understand CAP Theorem and BASE database systems, how do these relate to each other?

BASE systems are considered to be AP on our triangle: 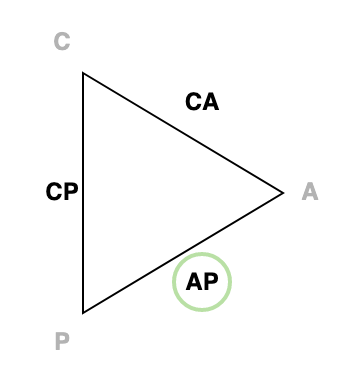 These systems emphasize availability and partition tolerance at the cost of consistency. Instead, they rely on being eventually consistent – our trade-off for achieving the other traits.

This puts much more emphasis on the client application to maintain data integrity and comes with the cost that the client needs to handle the fact that the database may not always show the latest version of any changes at all times. However, these costs are balanced against the fact that the database is highly available and very tolerant to network effects, which can make them very powerful for large-scale, distributed applications.

5. Examples of BASE Database Systems

Many NoSQL database systems can be considered to be BASE. These are often designed to work well for large-scale, distributed systems, which in turn means that partition tolerance becomes critical, and consistency is often considered an acceptable trade-off in favour of availability.

Examples of such systems include, but are not limited to MongoDB, Redis, and Cassandra. These databases all work well in large-scale, distributed applications, ensuring that the application is more reliably available even though the underlying data might occasionally be slightly stale.

We’ve seen here an introduction to the CAP theorem, what BASE means in terms of database systems and how they relate to each other. This can help to select the best database system for building our applications by understanding what guarantees we get from the database and what compromises we need to make to get there.