In this tutorial, we’ll study the brute-force algorithm and its characteristics.

We’ll first define the article in its more general formulation, in terms of combinatorics. Then, we’ll see its application in a string search.

At the end of this tutorial, we’ll know how a brute-force search works and how to implement it in practice.

The reason for its name lies in the fact that the algorithm attempts all possible solutions, in order, and without any particular preference. In this sense, the algorithm embeds no knowledge of the problem, which makes it therefore either dull or brute.

Here, we first analyze the brute-force algorithm for the more general problem of sequence matching. Then, we can derive its simplified version for substring matching in strings.

A brute-force search is possible if we know the

that a target sequence can contain. If we also know the length

of that sequence, we then proceed in this order:

This is the flowchart of the algorithm: 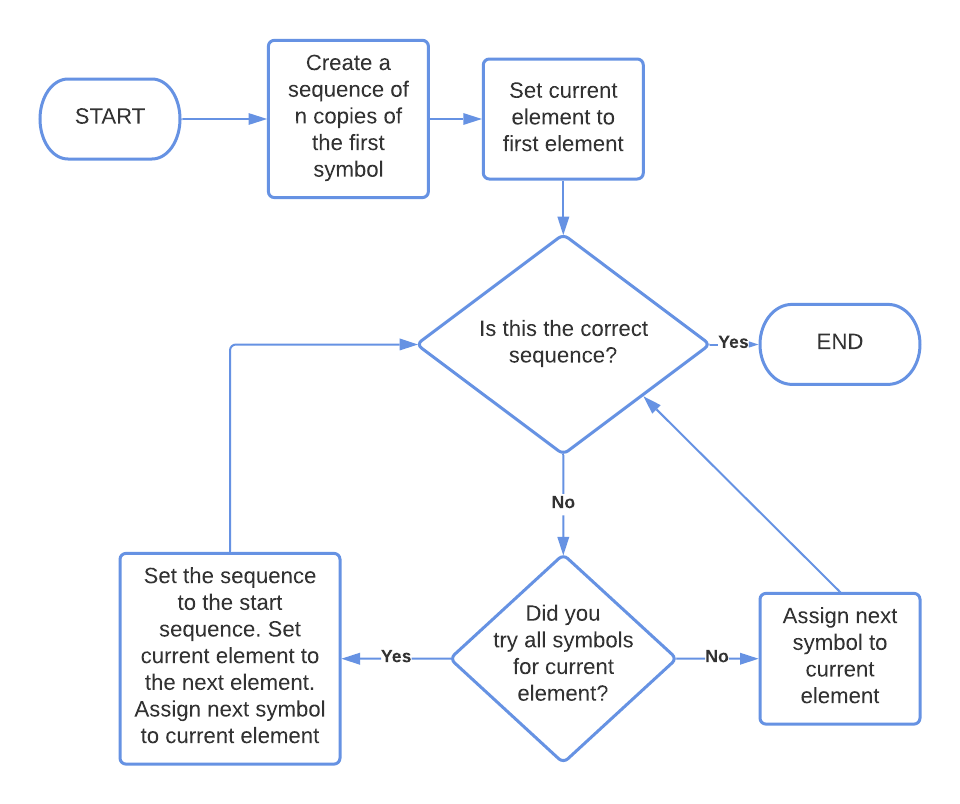 The algorithm requires the testing of all

possible combinations in the worst-case scenario. For this reason, its computational time is

Notice that this grows very quickly, as the parameters

increase. As an example, if the sequence has length 2 and 2 possible symbols, the algorithm then tests a maximum of

If, however, the sequence has length

and uses as symbols the

characters of the alphabet, as some basic passwords may, we then have

Finally, if the symbol set is the 128 characters of ASCII, and the target sequence has a length of 10, then the number of possible combinations

attempts per second, it would take us around

years to test all possible combinations.

There’s also a great degree of variability in the actual computational time. Because we don’t have any reason to believe that the target sequence is located in a particular section of the search space, the expected time for completion is

. The best-case, instead, is

, if the first value attempted is the target value.

If we don’t know the length

of the target sequence, but we know it’s finite, we need to test all possible lengths until we find the right one. This means that we first test the algorithm against a sequence of length one, which we can do in

time, which is significantly larger than

If we repeat this argument, for

, as was the case for sequences of fixed length.

The algorithm for brute-force search in a string is based upon the same underlying principle as the previous one. In this case, though, we’re searching whether a string of length

contains a substring of length

. If it does, we want to know its position in the string.

We’ll see an example of usage first, and then its formalization.

In this example, we’re searching for the word “truth” in Jane Austen’s famous quote:

In the first step of the algorithm, we compare the first character of the string with our search term:

Because the comparison succeeds, we can try to test the second element of our search term with the next element of the target sequence:

This time we’re not so lucky. We can, however, move forward, and keep repeating the comparisons. We do so until we reach the element with index 8:

of the target sequence.

3.2. Flowchart of the Algorithm

This is the flowchart of brute-force string search: 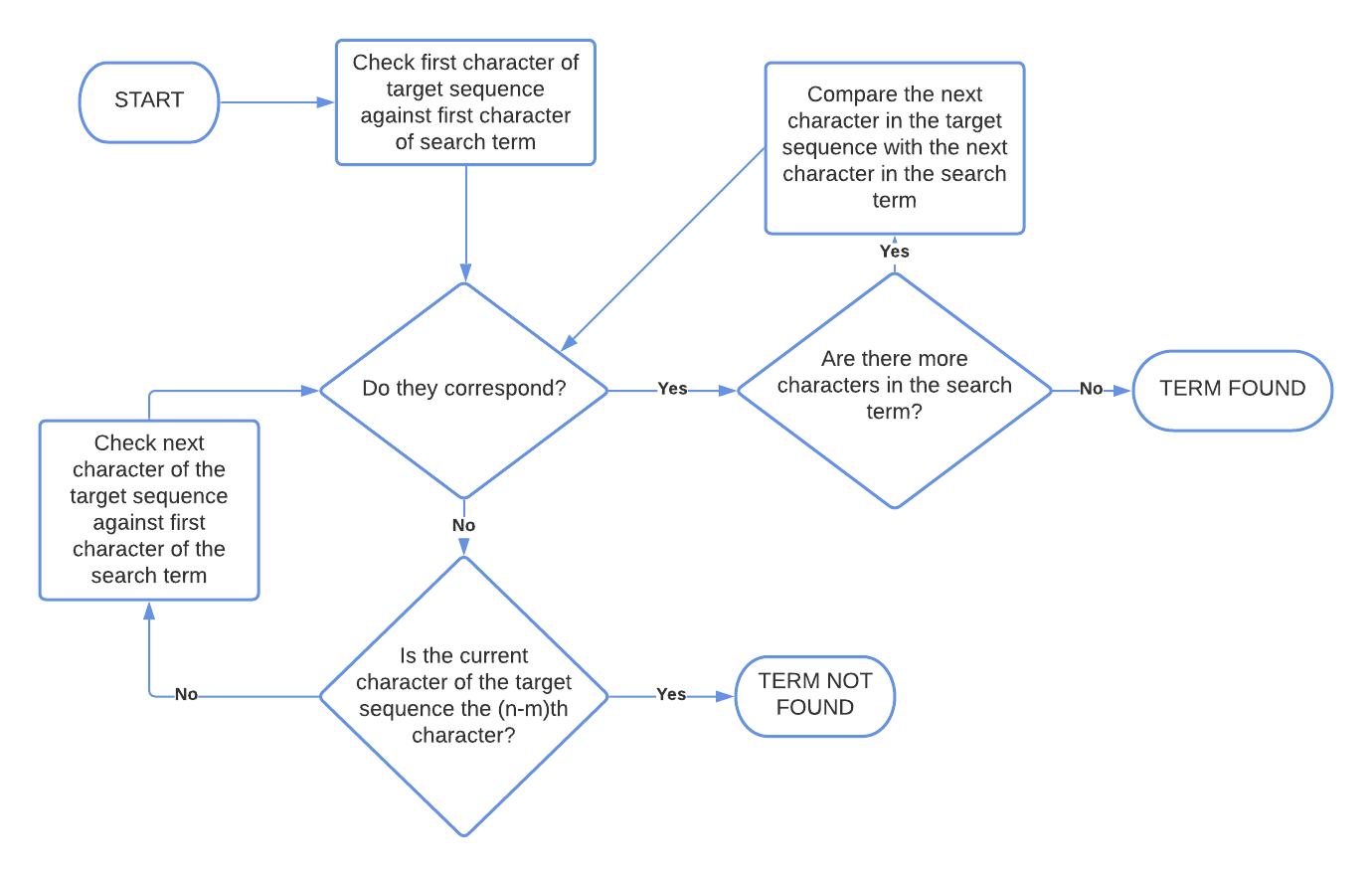 , in the best case. In the worst case, it finds it between

or doesn’t find it at all.

Its time complexity is

, and it performs on average

In this article, we studied the definition of a brute-force search for combinatorial problems and for fixed-length strings.