In this tutorial, we’ll show a simple explanation for asynchronous programming and multithreading programming. Then, we’ll discuss the differences between them.

2. What Is Asynchronous Programming?

An asynchronous model allows multiple things to happen at the same time. When your program calls a long-running function, it doesn’t block the execution flow, and your program continues to run. When the function finishes, the program knows and gets access to the result (if there’s a need for that).

Let’s take an example of a program that fetches two files over a network and combines them: 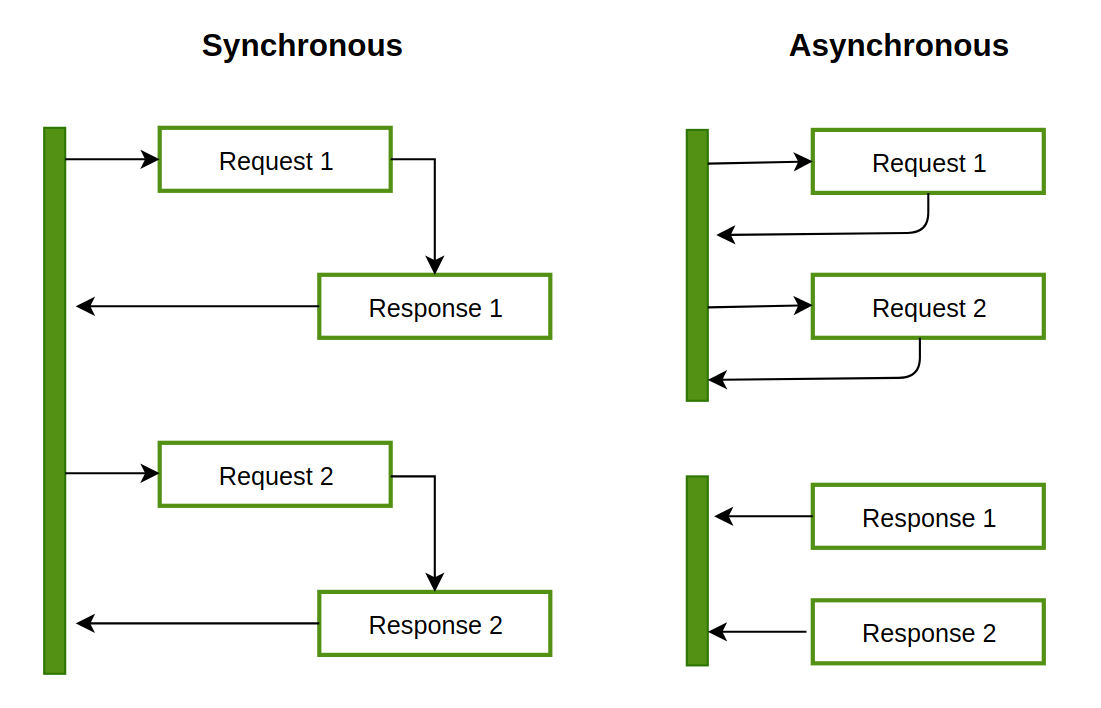 Another example with a single-thread approach is a program that requests a file from the OS and needs to make a mathematical operation.

In an asynchronous system, the program asks the OS for the file and returns the control to the mathematical operation to be executed on the CPU, while waiting for the file.

One approach to asynchronous programming is to make functions that perform a slow action and take an extra argument, a callback function. The action is started, and when it finishes, the callback function is called with the result.

3. What Is Multithreading Programming?

Multithreading refers to the concurrent/parallel execution of more than one sequential set (thread) of instructions.

On a single processor, multithreading gives the illusion of running in parallel. In reality, the processor is switching by using a scheduling algorithm. Or, it’s switching based on a combination of external inputs (interrupts) and how the threads have been prioritized.

On multiple processor cores, threads are truly parallel. Individual microprocessors work together to achieve the result more efficiently. There are multiple parallel, concurrent tasks happening at once.

A basic example of multithreading is downloading two files from two different tabs in a web browser. Each tab uses a new thread to download the requested file. No tab waits for the other one to finish, they are downloading concurrently.

The following picture shows a simple explanation of concurrent execution of a multithreaded application: 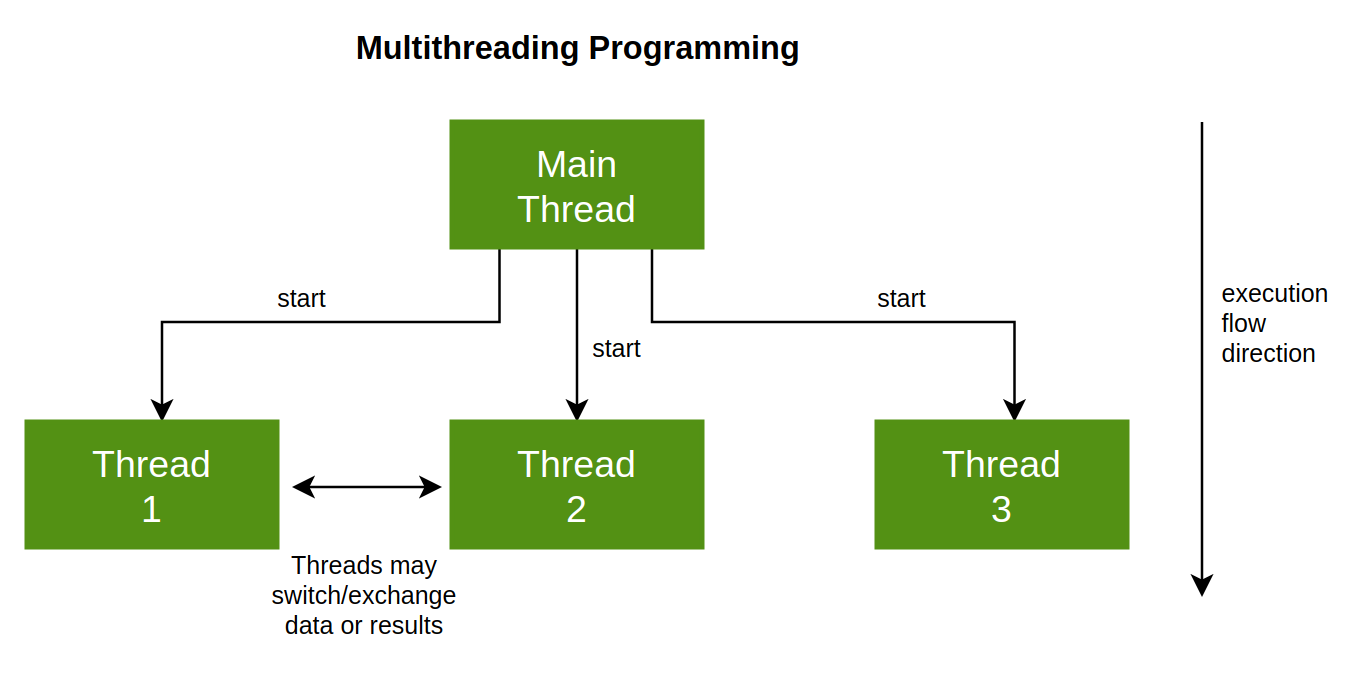 So, multithreading is one form of asynchronous programming.

Let’s take a simple analogy; you have a friend, and you decided to make dinner together.

Async is when you say to your friend, “You go to the store and buy pasta. Let me know when you get back, to make dinner together. Meanwhile, I’ll prepare sauce and drinks.”

Threading is, “You boil the water. I’ll heat the tomato sauce. While the water is boiling, ask me and I’ll put the pasta in. When the sauce is hot, you can add cheese. When both are done, I’ll sit down and you serve dinner. Then we eat.”. In the threading analogy, we can see the sequence of “When, Do” events, which represent the sequential set of instructions per each person (thread).

From that analogy, we can conclude that Multithreading is about workers, Asynchronous is about tasks.

Choosing between the two programming models depends mainly on performance.

Given all possible combinations between sync/async and single/multi-threading, which model should perform better?

In a nutshell, for large scale applications with a lot of I/O operations and different computations, using asynchronous multithreading programming flow, will utilize the computation resources, and take care of non-blocking functions. This is the programming model of any OS!

With more power, comes more responsibility! So if we decided to implement this model, we have to take care of different issues like race condition, deadlocks, shared resources, and callbacks events.

In this article, we showed the definitions of asynchronous programming and multithreaded programming, and then we saw the difference between them.

Keep in mind that all terms and concepts in this article are technology agnostic.