It is not very uncommon to come across a mysterious state while working on git. However, one day it is most likely to see “detached HEAD”.

Git stores a record of the state of all the files in the repository when we create a commit. HEAD is another important type of reference. The purpose of HEAD is to keep track of the current point in a Git repo. In other words, HEAD answers the question, “Where am I right now?”:

For instance, when we use the log command, how does Git know which commit it should start displaying results from? HEAD provides the answer. When we create a new commit, its parent is indicated by where HEAD currently points to.

Because Git has such advanced version tracking features, we can go back to any point in time in our repository to view its contents.

For most of the time, HEAD points to a branch name. When we add a new commit, our branch reference is updated to point to it, but HEAD remains the same. When we change branches, HEAD is updated to point to the branch we've switched to. All of that means, in the above scenarios, HEAD is synonymous with “the last commit in the current branch.” This is the normal state in which HEAD is attached to a branch: 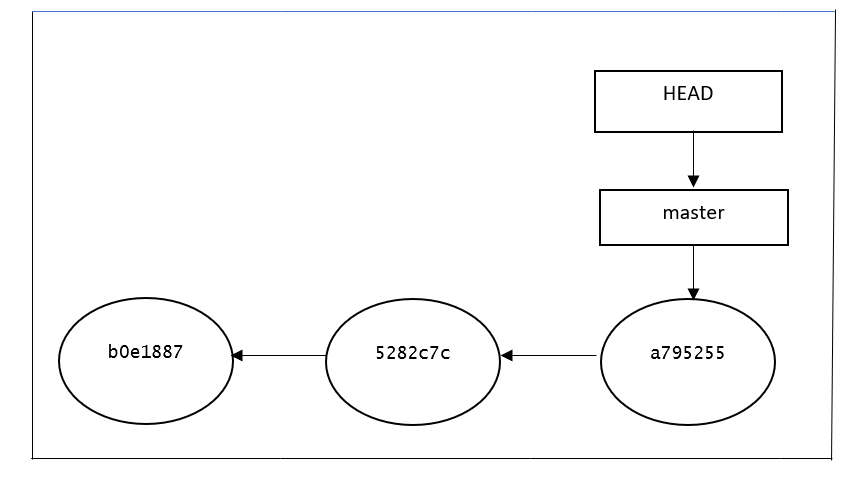 As we can see, HEAD points to the master branch, which points to the last commit. Everything looks perfect. However, after running the below command the repo is in a detached HEAD:

Below is the graphical representation of the current git HEAD. Since we've checkout to a previous commit, now the HEAD is pointing to 5282c7c commit, and the master branch is still referring to the same: 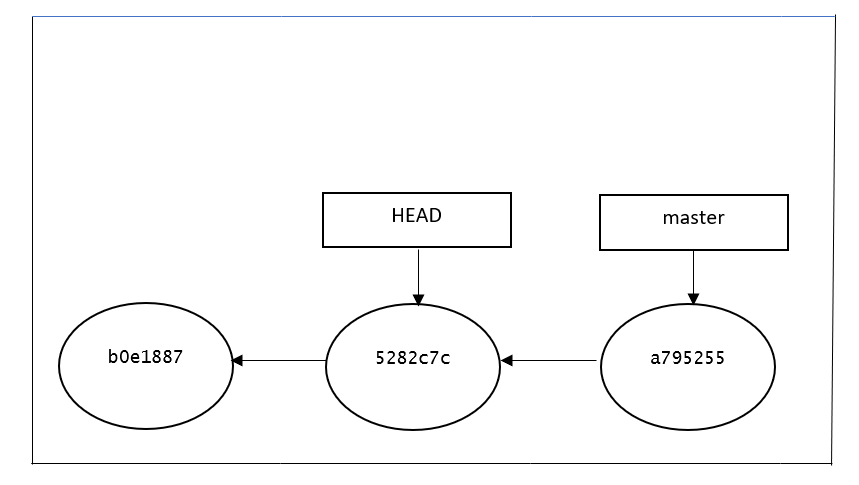 4. Benefits of a Git Detached HEAD

After detaching the HEAD by checking out a particular(5282c7c) commit, it is allowing us to go to the previous point in the project’s history.

Let’s say we want to check if a given bug already existed last Tuesday. We can use the log command, filtering by date, to start the relevant commit hash. Then we can check out the commit and test the application, either by hand or by running our automated test suite.

What if we could take not only a look at the past but also change it? That’s what a detached HEAD allows us to do. Let’s review how to do it using the below commands:

We now have two additional commits that descend from our second commit. Let’s run git log –oneline and see the result:

Before HEAD was pointing to the 5282c7c commit, then we added two more commits, d423c8c and 7a367ef. Below is the graphical representation of the commits done on top of HEAD. It shows that now HEAD is pointing to the latest commit 7a367ef: 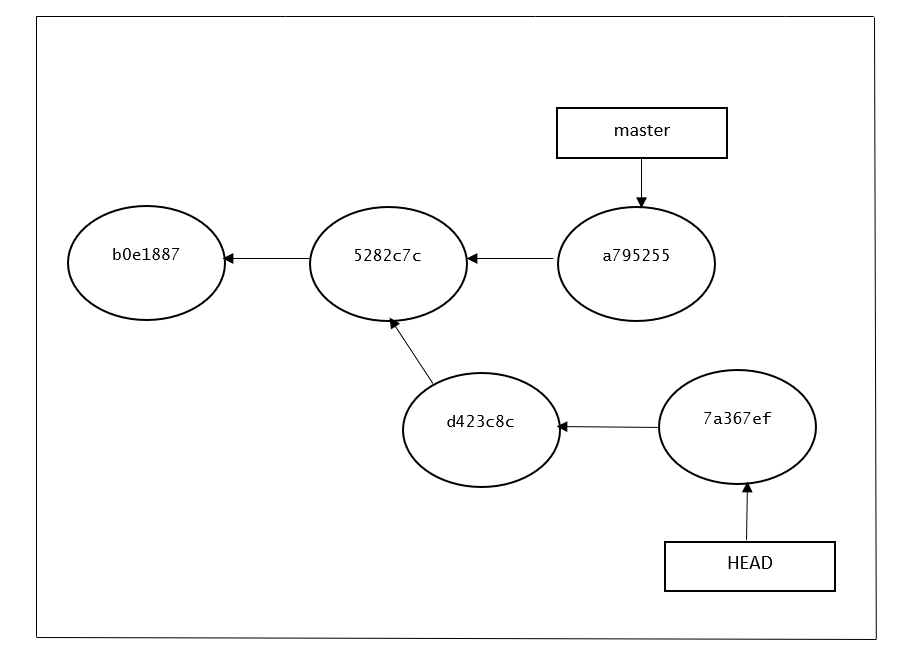 What should we do if we want to keep these changes or go back to the previous one? We'll see in the next point.

If we’ve reached the detached HEAD state by accident – that is to say, we didn’t mean to check out a commit – going back is easy. Just check out the branch we were in before using one the below command:

5.2. Made Experimental Changes but Need to Discard Them

In some scenarios, if we made changes after detaching HEAD to test some functionality or identify the bugs but we don't want to merge these changes to the original branch, then we can simply discard it using the same commands as the previous scenario and go to back our original branch.

5.3. Made Experimental Changes but Need to Keep Them

If we want to keep changes made with a detached HEAD, we just create a new branch and switch to it. We can create it right after arriving at a detached HEAD or after creating one or more commits. The result is the same. The only restriction is that we should do it before returning to our normal branch. Let’s do it in our demo repo using the below commands after creating one or more commits:

We can notice how the result of git log –oneline is exactly the same as before, with the only difference being the name of the branch indicated in the last commit:

As we’ve seen in this article, a detached HEAD doesn’t mean something is wrong with our repo. Detached HEAD is just a less usual state our repository can be in. Aside from not being an error, it can actually be quite useful, allowing us to run experiments that we can then choose to keep or discard.