In this tutorial, we’ll discuss the virtual memory and swap space concept in the operating system. We’ll also present the core differences between them.

Modern operating systems are designed to execute multiple programs simultaneously and provide efficient and fast processing. Although, issues like lack of memory space, memory fragmentation can degrade the efficiency of an OS. Using virtual memory, we can solve the issues that cause the processing of the OS to be slow in terms of time and consumed memory.

It’s a memory management concept that creates the illusion that the computer has a huge amount of memory. Moreover, virtual memory allows the OS to extend its existing physical memory. It can be located on a hard disk. 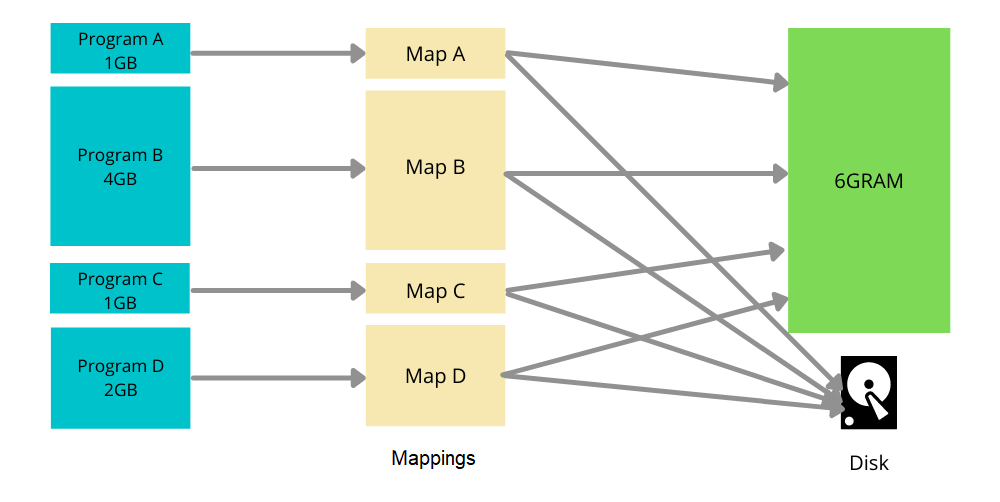 In addition to increasing the performance of the OS, virtual memory provides memory protection for the addresses that are translated to a physical address.

Any program that wants access to a certain area of memory executes a load function to specify a virtual address. Therefore, the computer will then translate this virtual address, transforming it into a physical address.

Like virtual memory, swap space is a secondary memory. It’s used by the OS when there is no physical memory available for further execution of the processes.

If the OS faces a situation when it needs memory, but the RAM is full, it moves the inactive pages from RAM to swap memory. If these pages are needed in the future, the OS can move them again from swap space to RAM.

It offers a slower access time compared to RAM and located in the disk memory. Swap space is actually a part of the virtual memory.

There are several applications of swap space. It stores the applications which the OS doesn’t use frequently. Hence, if the OS has sufficient swap space, it always keeps the RAM free. Moreover, it helps in increasing the performance.

Another crucial use of swap space is that it can be used as a single contiguous memory by the OS. Hence, it also reduces I/O operations to read or write a file.

Swap space is available in Windows and Linux-based operating systems by default. The amount of swap space generally equals twice the RAM of the system. Moreover, the user has the option to increase or decrease it based on the requirements.

In this section, let’s discuss the core difference between virtual memory and swap space in OS:

In this tutorial, we discussed the fundamentals of virtual memory and swap space in the OS. We also highlighted the core differences between them.