Data moves along any network in the form of data packets. If this movement is not directed and controlled suitably, network failure may occur due to data traffic causing congestion within a network. This is where routing comes in, creating efficiency in network communication by providing a way to manage data packet movement.

There are two different types of routing: static and dynamic. In this tutorial, we’ll see the differences between these two.

Routing is the process of creating a route for data packets. This means selecting a path along which data will be transferred from source to destination. Computer networks consist of two major components:

Two nodes in an interconnected network can communicate through many different paths. Routing comes into the picture because we’d like to have the most optimal path used for communication. 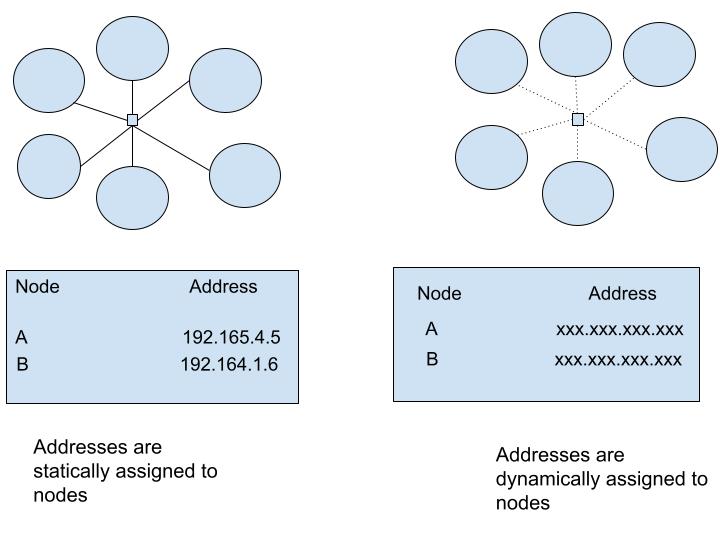 Here, the routing tables are created and updated by routers at runtime based on existing network conditions. Automatic adjustments are made to create another route to reach the network destination if one route goes down.

4. Differences Between Static and Dynamic Routing

Let’s look at different areas we can use to compare these two types of routing.

This is a set of rules that specifies how routers communicate with each other to distribute information that enables them to select routes between nodes on a computer network. These network protocols help computers communicate effectively and efficiently as optimal routing decisions are made.

Let’s consider a scenario where a failure occurs within a router and it’s unable to transfer data packets. This situation is handled differently by the two types of routing:

Static routing is suitable for a small network with fewer routers and optimal for networks whose network architecture is unchanging. This is because the manual configurations of networks are only easier when the network is small. So as the network size grows, so does the complexity.

On the other hand, dynamic routing is suitable for a large network. It creates more possible routes to send packets across the network thus preferable to static routes which would be cumbersome to maintain and frequently reconfigure.

A network can experience link failure when the connection or path between two nodes is unusable due to different reasons.
When a failure occurs in a network that uses static routing, this failure affects the whole network.

When a failure occurs in a network that uses dynamic routing, the failure does not affect the whole network. This is because the routing protocols are able to select alternate routes automatically unlike static routing.

In static routing, security is high. This is because it doesn’t share routes across the entire network.

Security is less in dynamic routing. This is because it shares complete routing tables across the network, hence reducing security.

This article has given an overview of routing, its types, and its differences. It has also shown the various scenarios where we can apply static and dynamic routing.