One Class Support Vector Machines (SVMs) are a type of outlier detection method.

In this tutorial, we’ll explore how SVMs perform outlier detection and illustrate its utility with a simple example.

Let’s start with the basics.

Usually, SVMs aim to generalize from some input data. With this, they can decide whether any additional data are outliers or not.

Basic SVMs do this by separating data into several classes. From there, they can decide which class any subsequent data belongs to.

One Class SVMs are similar, but there is only one class. Therefore, a boundary is decided on using the available data. Any new data that lies outside that boundary is classed as an outlier.

To see how this is done, let’s dive into the formulation.

The hypersphere is characterized by a center

data points that are given by

Therefore, the Euclidean distance from the hypersphere center and a given data point is

. We want to minimize a cost function

with the constraint that every point lies within or on the hypersphere. Therefore, our constraint is

As it stands, outliers will greatly affect the tuning. Let’s address this by modifying the cost function to

and the constraint to

are the positive weights associated with each data point. The higher it is, the less that particular data point affects the tuning of

provides a trade-off between volume and classification errors.

Combining this with the method of Lagrange Multipliers, we are left with an optimization problem to solve:

should be maximized with respect to

, but minimized with respect to

Now let’s apply this to a simple problem!

After that, we add both 20 additional data points and 20 data points drawn from a Uniform distribution

. Our goal is to correctly classify the Gaussian data points while ignoring the outlier data from the Uniform distribution.

This is the result: 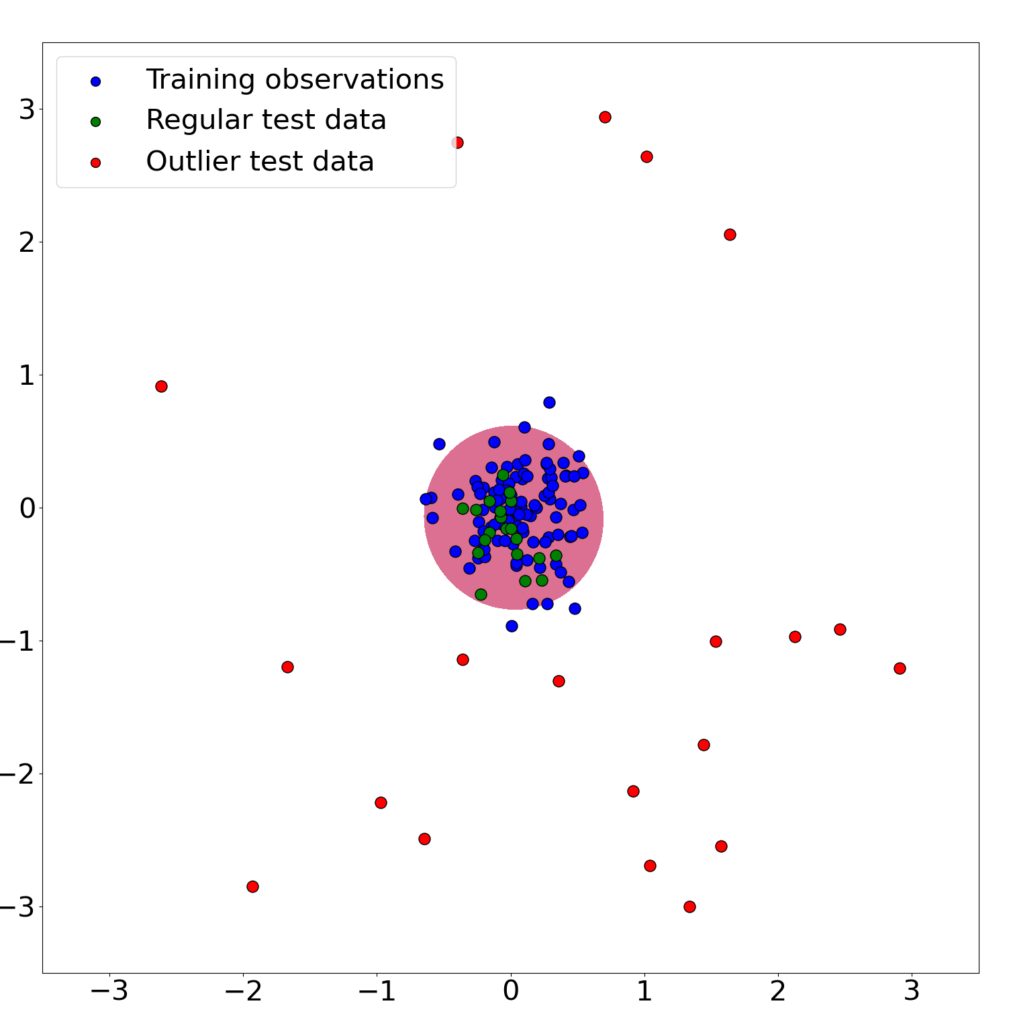 In this brief article, we showed how they differ from basic SVMs. Then, we outlined the relevant equations and applied them to a simple example.