In this tutorial, we’ll talk about how the blur operation works in images. First, we’ll present kernel convolution, which is the basic operation behind any blur operation. Then, we’ll define two types of blur, the mean and the Gaussian blur, and provide some illustrative examples.

The most common operation in the field of computer vision and image processing is kernel convolution.

Formally, convolution is a mathematical operation where two functions are combined to generate a third function that expresses how the shape of one is influenced by the other. Its applications are numerous in various fields like statistics, signal processing, physics, acoustics, and so on. In our case, we focus on kernel convolution, which is the convolution between an input image and a small grid of numbers defined as the kernel.

Let’s see an example to better illustrate the procedure. We assume that we have an input image

, and we want to compute the convolution

. Below, we can see some example inputs:

that is in the second row and column of the image

and is equal to 1 (pink in the image below):

As previously presented, we first compute the multiplications between the pixels around the region

. Then we sum the outputs:

Finally, we divide the output by the sum of the values of the kernel:

Intuitively, in kernel convolution, we compute a weighted average between regions of the input image and the kernel. In this article, we will see two types of kernels that aim to blur the input image.

If we set all the values of the kernel

to 1, we end up with a mean blur operation to the input image, which is a very simple form of a blur. To better illustrate the mean blur, let’s compute the mean blur convolution of the previous image with a kernel of size 3. We should not forget that we talk about images, and the output pixels should always be integer values. So, we round the output of the final division to the closest integer:

We can see that the mean blur makes the example image smoother. Below, we can see some examples of mean blurs in a real image with different values of the kernel size 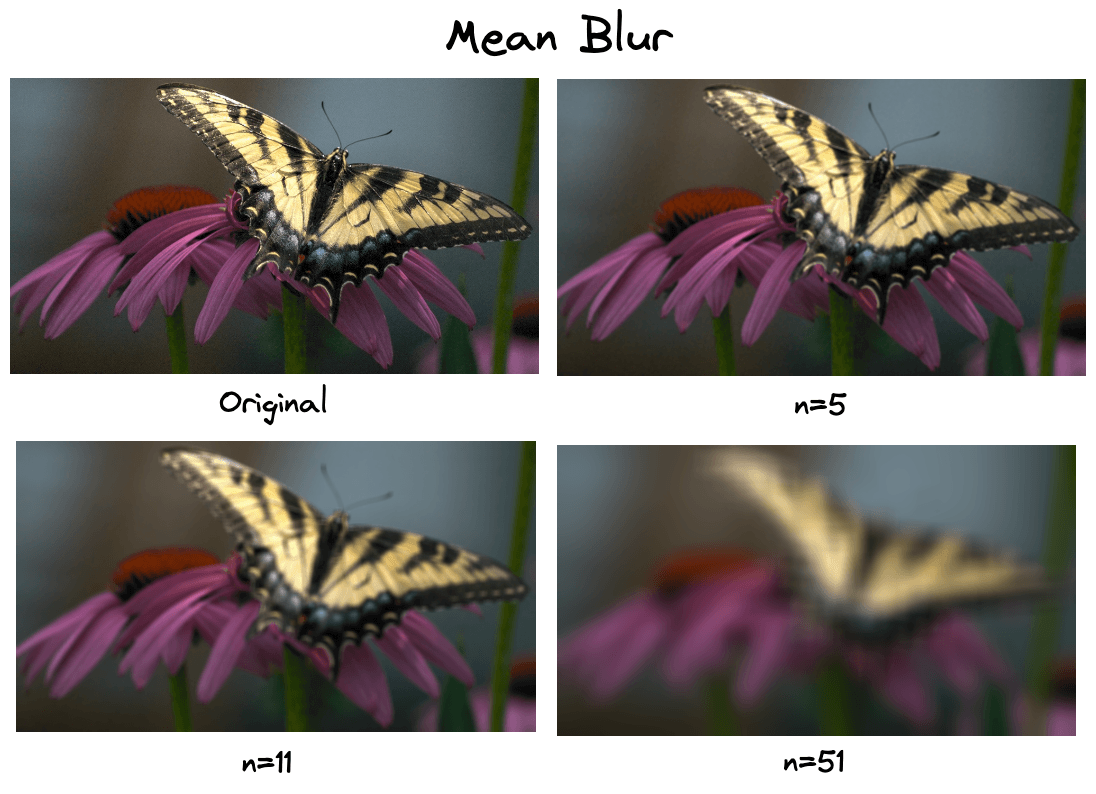 We can see that an important problem of mean blur is the fact that it doesn’t take into account the edges of the image. So, after blurring an image, its edges disappear.

To deal with the above problem, we can use the Gaussian blur that uses a slightly more complicated kernel, the Gaussian kernel.

Gaussian blur is the most common type of blur since it is edge-preserving. As the name suggests, it behaves like the Gaussian distribution giving more weight to the central pixels. An example Gaussian kernel of size

has the below format: 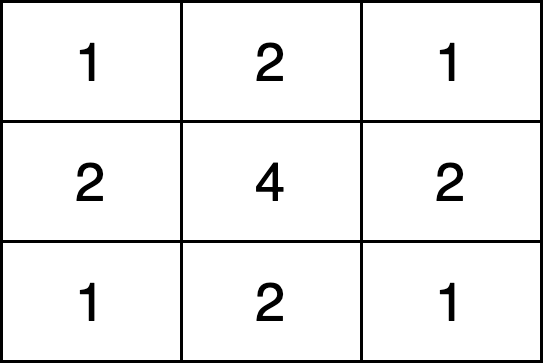 So, we can see that the major difference between Gaussian blur with the mean blur is the fact that it prioritizes the pixels in the middle of the region. The further we go from the central pixels, the less weight we have in the respective pixel of the input image:: 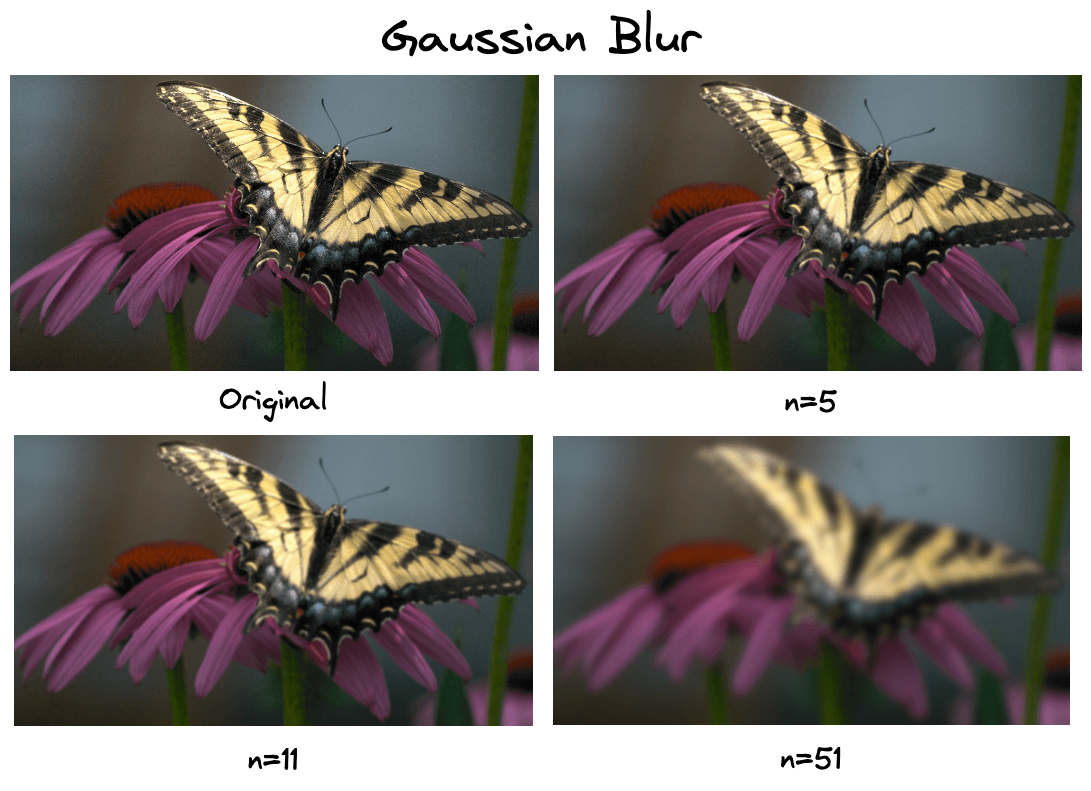 We observe that more edges are preserved in contrast with the mean blur operation.

In this article, we talked about how the blur operation works in images. First, we introduced the term kernel convolution, which lies at the heart of every blur operation. Then, we presented the mean and the Gaussian blur, along with some examples.